Randy Craig Hewitson, 60, Palm Desert, Ca passed away on Friday April 22nd at Eisenhower Medical Center. He suffered from complications of heat exhaustion and kidney failure which eventually lead to his death. He was born December 26, 1955, in Winnipeg, Canada son of Elbourne and Arlyn Hewitson. He had 3 siblings, Greg, Keith, and Rene. He was married in 2008 to Cindy Norman in Palm Springs, Ca and previously married to Esther Katz in 1984 in Palm Desert, Ca. His passion was music. He loved those who came to play as well as those who came to listen. One of his life-long accomplishments that he’s most publicaly known for is Musician’s Outlet, a retail music store and rental company started over 30 years ago in Palm Desert. What he’s most known for by his close friends, fellow musicians, and customers, is being there as a true friend, confidant, and someone who would bend over backwards for others in need. You’d be pretty hard pressed to find someone with bad things to say about Randy in life or even now after his passing. He was kind, considerate, and giving to so many people that it’s truly amazing how many lives had been touched, charities that have been helped, and great causes been enriched because of him.

He is survived by his wife Cindy, 3 siblings Greg, Keith, and Rene, and his only son Aaron who deeply mourn his passing and regretfully feel the void in a loss of a person who passed far too soon.

The family would like to extend an open invitation to all who knew Randy for a Celebration of Life Jam Session to be held on June 5th, 2016 at 2:00 pm at Jackalope Ranch, 80400 Hwy 111, Indio. There will be live music from multiple musicians and bands, which is what Randy would have truly wanted. Keeping the music alive. For more information on the event, you can call Musician’s Outlet at 760-341-3171 or visit his Facebook Tribute Page at https://www.facebook.com/play4randy/. Additional updates will be posted as they become available

The family would like to thank you for all the kind words, stories, and anecdotes you’ve shared over the past few weeks. It’s truly heartwarming to hear about how many people who truly loved Randy. He will be deeply missed and loved forever.

I reached out to Randy on several occasions in the last few years.  Every single time I did, he was Johnny-on-the-spot, never hesitating to contribute to any of the benefits or events that supported local charities or musicians.  He was never too busy (even though in reality, he probably was), or too spent for any cause or need.  I remember walking in the store, and noticing him really focusing on his customers, deep in conversation with them, with the effort that one only makes when they genuinely care.

You have to be a bad ass to own a business in this harsh, seasonal desert, and Randy seriously championed through every single set back life threw at him: The internet and Musician’s Friend, the Corporate invasion of Guitar Center, and his dreams literally going up in smoke when Musicians Outlet burned down.  Knowing Randy, I’m certain there were more, but he wasn’t one to ask for pity.  When I interviewed him for CV Weekly’s Men’s Issue, I asked him what kept him going.  He simply said, “The show must go on.” He also shared what inspired him: “Cindy. I am inspired seeing what a great mom and grandma she is.  She came to work at Musicians Outlet five years ago.  She runs the place now!”  His voice continued to beam as he spoke about the 5 children and 8 grandchildren they shared.

Randy Hewitson opened Musician’s Outlet in 1986, and was one of the main resources for desert bands and the music that sprang them. For 25 years, Hewitson’s store was the only full-line music store in the valley.  There isn’t much that this desert has produced musically from 1986 on that doesn’t have Randy’s fingerprints on it.  Hewitson and Musicians Outlet were actively involved with M.O.M. Corp – “Making of Music,” a program he founded with his idol, Don Canady.  “We supply elementary schools with approximately $30,000 worth of music instruments and a music curriculum.”  Hewitson was doggedly determined to continue his legacy of providing music to the Coachella Valley.  His presence can never be forgotten. 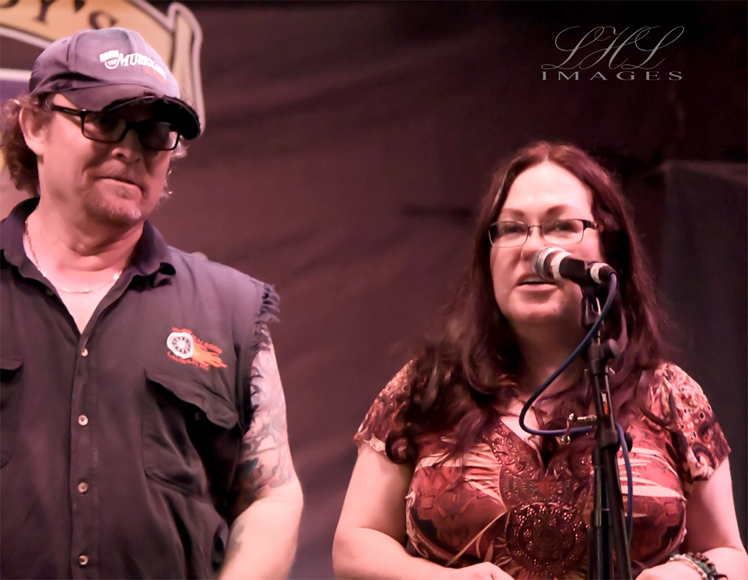 From the Publisher Tracy Dietlin

Randy Hewitson was a small business owner with a big heart. He loved music, his family and the music community in general. He was always there when I asked for his help for any of my events. Randy had been a close friend of mine for over 20 years. This last weekend was the first event I’ve ever done without Randy being involved in some way. It seemed unreal that he wouldn’t be walking through the door at some point. He was loved and respected by many. I feel fortunate that I got to spend some time with Randy at the hospital the day before he passed. Although he was unresponsive, I shared with him all the people who had been reaching out with concern and wanting to know how he was. I felt it was important for him to hear how many people he truly touched and how much he would be missed. I feel certain he heard me. At least I hope he did. He was a true friend. I miss my friend. He left an indelible mark on this valley that will not soon be forgotten.