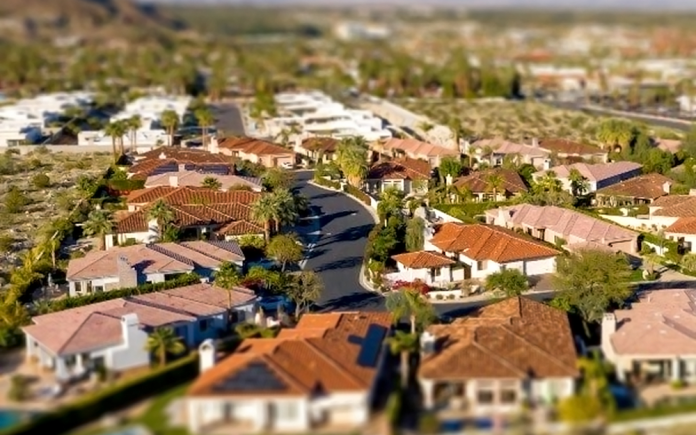 Real Estate has been a topic of hot conjecture around the globe recently. With the advent of interest rate hikes, potential home buyers’ desire to purchase homes has declined significantly since 2020. This was, and sadly, an inevitability with the inception of our “good ‘ol buddy” -inflation. But despite the skyrocketing surge in interest rates, our Coachella Valley’s real estate market appears to be remaining quite healthy. The mysterious, and unasked questions remain: Why – and how?

Perhaps our valley’s unparalleled, and seemingly “recession proof” real estate market is due to stellar performances by some of our valley’s most revered real estate agents. That – or, it could be due to our magnificent landscapes, that the late Bob Ross – even employing his greatest efforts could not capture on canvas.

As valley folk, we are also privy to enjoy a slower pace of life compared to traffic-jam-packed neighboring cities such as Riverside, San Bernardino, San Diego, and of course, the city of smoke and mirrors – the bustling metropolis of the west – Los Angeles. It is safe to state in addition that our valley streets are exceptionally clean, even in the less-than-desirable locales of town, and that our valley receives approximately the same ratio of construction upgrades per year to a yearly United States employment-vacation schedule: “50-2” (50 weeks/work, 2 weeks/vacation).

The reality is that our Coachella Valley is a proverbial paradise perfectly nestled above the waistline (equator) of our glorious God’s planet earth. Everyone (who’s anyone), and who has ever wanted to (or has become anyone) – by the world’s media standards, wants to live here despite scathing summer temperatures. Let’s face facts, it started way back when, during the days of Frank Sinatra when his gang collectively embarked upon a desert dream to set up their own summer sweat haunts in Palm Springs. But it doesn’t end there. Sir Richard Branson, the creator of Microsoft, Bill Gates, even one of the most revolutionary former United States President’s, Barack Hussein Obama dwell within our humble yet proud communities.

The Coachella Valley is a haven perfectly cradled amidst a three-hundred and sixty-degree orb of scenery consisting of billion-dollar mountains, sunset, sunrise, and full moon views year-round. During winter months, citizens able to see, be captivated and inspired by snow-capped mountains visible from wherever they may stand? Be it in a back yard, on a walk about the neighborhood, or simply exiting a vehicle and walking into one of our local, Trader Joe’s grocery markets. And how about our skies? Pollution and smog – these elements are an extreme rarity that hardly, if ever, find their way into our habitat, much like those picturesque clouds that often never make it past the vastness of our epic Palm Springs Mountain. Speaking of which, that Palm Springs Mountain leads up into the clouds, and to another stunning community – Idyllwild. Yes, we Coachella Valley-ians even have a mountain escape and less than an hour’s drive away.

No matter who you are, or how you attempt to dissect our unique, sprawling and thriving desert basin, we in the Coachella Valley find ourselves blessed, and those living in surrounding areas are now, more than ever, fully aware of it. That is why our residential housing market, although having been somewhat decreased due to hiked interest rates, is still flourishing. More and more, individuals and families are opting to ditch the “big city” life in place of the “refresh” that exists within our humble, yet magnificent abode. Perhaps another selling point [every pun-intended] that one needs to be aware of, is that our home prices, although in the midst of inflation, are considerably more affordable and luxurious than in places such as Los Angeles and its nearby valley. It’s not a criticism, it’s just plain fact.

Our commercial and business trade is likewise the fortunate recipient of a tremendous influx of opportunity – and coincidentally since the tragedy of the global pandemic of 2020. Businesses are moving in and building multiple new locations to service said businesses – enticing greater prospects for job opportunities, and higher rates of employment, unlike, and again – sadly, other parts of the country – and world. While, and regrettably, other states and countries businesses are shuttering in place business owners are making bids and pleading with our Coachella Valley city council’s planning departments to be part of our still attainable oasis dream.

Perhaps, it does have to do with Coachella Valley realtors keeping our market alive. If that is the case, then we probably should be thanking one of them. With close to twenty years of experience, Mr. Michael Valerio of HomeSmart Professionals, averages 75 home sales in the Coachella Valley per year. Mr. Valerio’s passion is real estate, as is evident with his accolades, and staggering number of sales. Michael is ranked #7 in his company across the entire United States and is voted by Palm Springs Life Magazine “Top Realtor” three years in a row: 2020, 2021 and 2022. If you’re in the market of buying or selling residential real estate and want to be treated like royalty, call Mike today at: (760) 712-5948