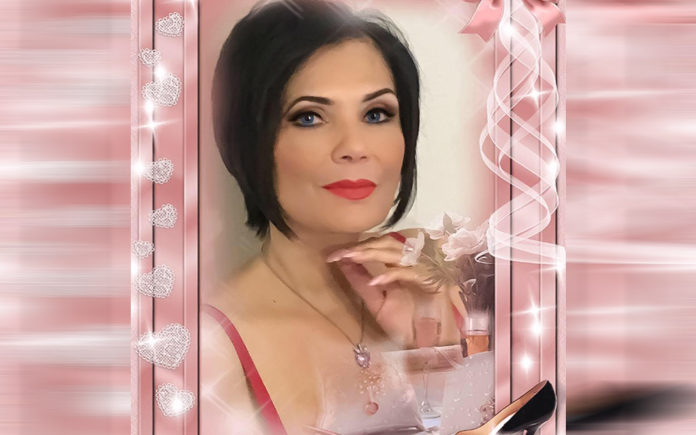 The Coachella Valley is an oasis of exciting history and rich talent and there’s no better example of where history and talent blend to create the perfect experience than sitting in Frank’s Lounge at the Indian Wells Resort and listening to the beautiful voice of Rebecca Clark.

The Indian Wells Resort Hotel was founded in 1957 by Hollywood legends Lucille Ball and Desi Arnaz.  As with many desert locations, it’s a classic landmark, which celebrates the elegance of earlier eras with retro charm, ambiance, great food and music.  Frank’s Place has the flavor of old Hollywood, when Frank and Dean and the Rat Pack crooned the night away in an intimate setting.  Stunning images grace the walls of this classic location, with such greats as Ball and Arnaz, as well as the multitude of celebrities who have ventured out to the desert over the decades since it became a haven for entertainment and relaxation.

Rebecca Clark, a native New Yorker turned desert resident, has an incredible musical background.   She has joined the cast of five light Operas, including an Off-Broadway production of, “Everyman and Roach,” with American Theatre Hall of Famer, Geraldine Fitzgerald. She has performed at the Aladdin Hotel in Las Vegas, the Bellagio in Las Vegas, the Cannes music festival in France, toured with the Bob Hope USO shows through out Europe and is internationally known for her one woman show, “Hello Gorgeous; A Live Tribute to Barbra Streisand,” which was also a part of the “Legends in Concert,” tour.

Clark has the captivating ability to transform and enthrall.  Whether it’s the songs of Streisand, Cher, Linda Eder or Karen Carpenter, Clark’s powerful talent is her ability to channel the artist whose song she is performing.  It’s mesmerizing to listen to this talented singer not only capture the audience with her naturally beautiful vocals, but when performing a tune closely associated with a particular performer, she brings the sound of that singer into her show as well.  Clark’s voice takes the audience on a nostalgic ride. She captivates the room with talent and charisma, as she performs such classics as The Way of Love, Masquerade, Diamonds and Rust, I am who I am and the ode to her hometown, New York, New York.  She was joined by guest performer, country singer Tommy Douglas, who brought a little ‘boot scootin’ boogie, ‘ to the stage.

Some experiences resonate long after they are over. An evening at Frank’s Place, enjoying a delicious meal and listening to Rebecca Clark sing, is definitely a wonderful way to spend a great night out.