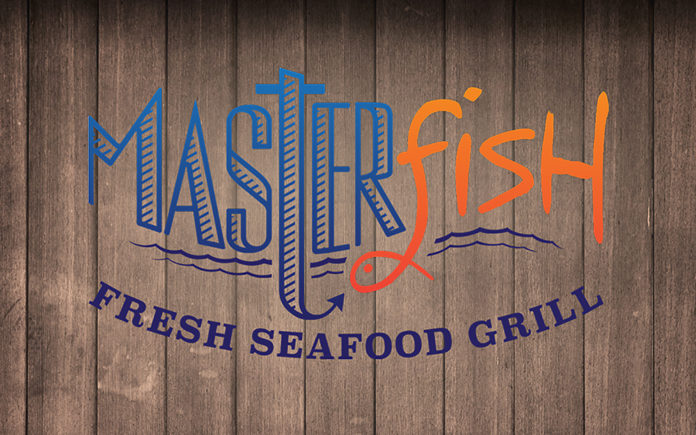 Just down Country Club Drive in Palm Desert, before Washington, sits a spot with healthy and light fresh fish fare. MasterFish Grill infuses Caribbean and Latin inspired flavors, with a variety of seafood favorites, offering the Coachella Valley a twist on the most popular ocean recipes, as well as some different ones too.

Located conveniently in the Desert Country Plaza which houses EOS Fitness and Angel View, MasterFish Grill opened in March 2016 and has gained rapid praise. Owner, Gerardo (Gerry) Najerj, has brought his culinary influences from his native Panama creating a delightful fusion of Caribbean and Latin dishes.

His goal was to offer fresh fish recipes, with a breezy Caribbean vibe, incorporating ingredients such as coconut to make the dishes stand out. He has created a relaxing ambiance, with a friendly island feel, and excellent food.

Patrons may have a Deja vu moment upon entering the restaurant, with its chalkboard menu greeting you at the door. But that’s where the similarities end between MasterFish Grill and other casual Coachella Valley seafood dining spots. 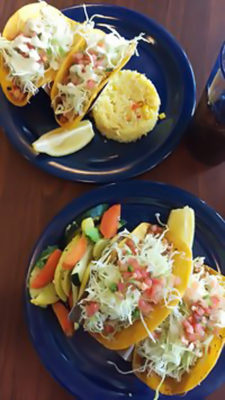 Of course MasterFish Grill has traditional staples such as Fish and Chips and Fish Sandwiches, and does not disappoint with their variety of Fish Tacos. They even offer “Land” options for those not wanting to dive into their seafood offerings. As a fish taco fanatic, I had to try one of theirs. I ordered their Grilled Salmon Tacos with a side of veggies (I must have been health conscience being so close to the gym). My boyfriend went a bit more decadent, opting for the Calamari Tacos, with a side of the Coconut Rice. The rice was fabulously lite and airy, with an undeniable coconut flare (seriously good). It made me jealous and regretful of my veggie side decision, but thankfully my boyfriend was generous and gave me many tastings of his delectable rice. The tacos were ample with crisp cabbage, Pico de Gallo and Masterfish’s own special white cream sauce. They were everything a Fish Taco should be.

Vying for lighter healthy seafood dishes is becoming more and more attractive. MasterFish Grill not only provides healthy fish options, but does it in a vibrant and taste tantalizing Caribbean Latin infused fashion.