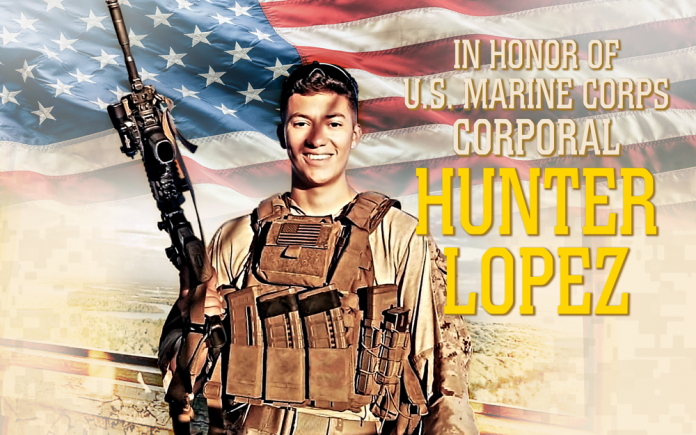 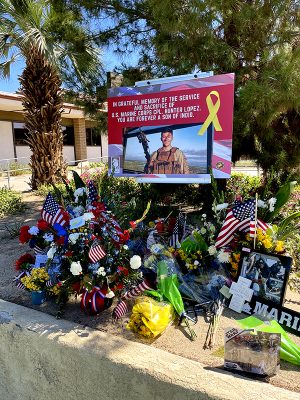 Tragedy struck on August 26, when 13 U.S. service members were killed during an attack at a Kabul airport when two suicide bombers and gunmen targeted crowds of Afghans. Among the brave men and women who sacrificed their lives was Corporal Hunter Lopez, a Coachella Valley native and La Quinta High School graduate who passed away at the age of 22. The desert has mourned this tremendous tragedy, and as the 20th anniversary of 9/11 approaches, the desire to celebrate the lives of those who gave everything for our freedom only intensifies.

Corporal Hunter Lopez was the son of Riverside County Sheriff’s Captain Herman Lopez and Deputy Alicia Lopez. He was planning to join the department as a deputy when he got home from his deployment. He graduated La Quinta High School in 2017.

“Desert Sands Unified School District (DSUSD) is saddened by the news of the death of alumni Hunter Lopez in Afghanistan. He was a beloved student of our schools. His family has reached out directly to his former schools to confirm his passing. The entire school board, staff, and students of DSUSD share our thoughts and prayers with the family,” stated DSUSD Public Information Officer Mary Perry. 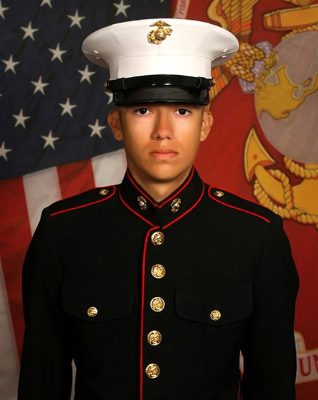 There have been many memorial tributes to honor Corporal Lopez and the other fallen service members, along with several events to take place on 9/11. The American Legion collected money from Villagefest attendees on Palm Canyon Drive in downtown Palm Springs on September 2 to go to the Riverside County Deputy Sheriff Relief Foundation. The Riverside County Deputy Sheriff Relief Foundation has also partnered with the National 9-99 Police & Sheriff Foundation to raise money for Corporal Lopez’s family.

A memorial tribute to Corporal Hunter Lopez will now be included in the City of Indio’s previously scheduled Sustainability event for September 11, 2021. Those who come through the event at the Indio Corporate Yard/Indio Water Authority from 9 a.m. to noon will receive a small shade tree to plant in their yards or neighborhoods in honor of Lopez, who lived with his family in Indio.

“Planting these trees will eventually provide shade, a beautiful canopy around our City, and a generational legacy in Hunter’s honor,” said Indio Mayor Elaine Holmes. “In addition, it’s a small way we can recognize the significance of the 20-year anniversary of the 9/11 attacks and the many sacrifices made by our troops since that time.” 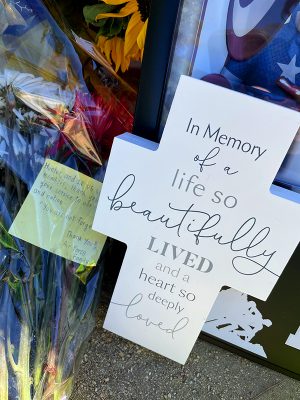 A total of 300 acacia salicina, acacia shoestring, and palo breas will be available to the public at the sustainability collection event, courtesy of the City of Indio and Sun City Nursery.

“We are devastated by the sacrifice that Corporal Hunter and all 13 U.S. soldiers made in pursuit of freedom. We pray for his grief-stricken family. The City of Indio will honor our local hero by creating a living memorial of beautiful trees that will grace our streets and neighborhoods. Over 300 of them will be planted as a generational legacy to Corporal Lopez. Our prayers also go out to Lance Corporal Salvador Lule,” continued Holmes.

Lance Corporal Salvador Lule is from Indio and was seriously injured during the attack on Kabul. The Palm Springs Air museum will also be holding a special event to commemorate the fallen service members and the 20th anniversary of 9/11. Seven Palm Springs Air Museum aircraft will do a fly over the Coachella Valley and the High Desert in honor to local First Responders on the 9/11 attack that claimed 2,977 lives. 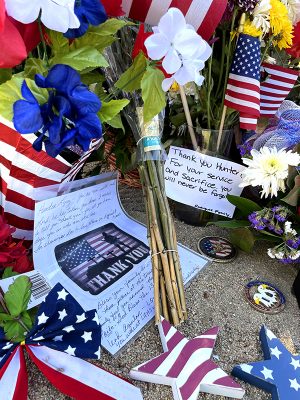 The aircraft will carry flags honoring local service personnel and the Gold Star families lost as a result of the Global War on Terrorism. A 2019 Brown University study places the number of direct deaths caused by the War on Terror at over 800,000 when Syria and Yemen are included. It is estimated that 6,951 service members and 7,730 U.S. contractors have lost their lives over the span of the conflict.

The fly over will start approximately at 9:45 am. First locale will be Palm Springs Fire Station 2, in honor of their special 9-11 Memorial Service. From there, the fleet of aircraft will include 27 local city and county fire stations in the Coachella Valley and High Desert, including the 29 Palms Marine Base. The length of time in the air will be approximately 40 minutes.

Humerus Inc. and Kinetix Health and Performance Center will also be hosting two workouts dedicated to raising money for the family of Lopez and Lule. The fundraising effort, called Heroes Get Remembered, Legends Never Die, will take place on 9/11 at 8:30 a.m. and 6:30 p.m. at the Kinetix facility in remembrance of Hunter, the other twelve fallen soldiers from the Kabul bombing, the other lives lost on 09/11/01, and to send strength to Lule through his continued fight. 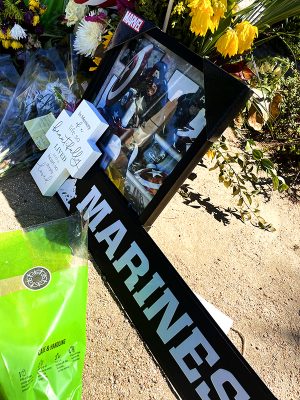 “These two men and the many others affected lost their lives protecting us, or in Salvador’s case, has been greatly injured for the same reason. Being from the desert, our community is small but mighty. I want to show the families support and unity during this time. I wanted to organize something that could express that we’re here for them and thinking of them without adding to what they’re already dealing with,” said Paige Tonniges, owner of Humerus Inc.

Heroes Get Remembered, Legends Never Die will implement fourteen exercises for the fourteen affected during the attack. The money raised through the event will be split amongst the two local families and delivered to them at the end of the fundraiser.

“A workout will never be as great of a sacrifice, but it’s going to hopefully show that we’re fighting here at home for our men and women that are fighting overseas or elsewhere.  Their fight and sacrifices won’t ever be forgotten. We see them, we’ll remember them, and we’ll fight for what they’ve sacrificed for,” added Tonniges.

To make a donation towards the Lopez family’s Help A Hero campaign, visit https://helpahero.com/campaign/help-support-the-family-of-corporal-lopez.