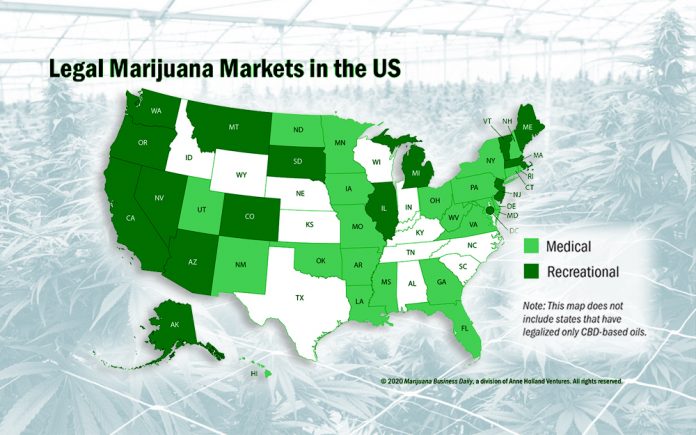 My prediction of knowing who won the Presidential Election on Nov. 3rd did not pan out, but all marijuana reform measures in seven states won overwhelmingly. Arizona, Mississippi, Montana, New Jersey, and South Dakota won voter approval in the November 3 election. The headlines across the country read: “California Cities and Counties Vote to Open Cannabis Businesses”. Of the thirty-eight ballot measures in CA thirty-six cities or counties across the state won by large margins. Only three cities broadly rejected legal, taxed cannabis businesses.

Many of the jurisdictions currently do not allow cannabis businesses, or all types of them, and a tax measure is often the first step towards licensing cannabis businesses since locals can only tax by voter mandate. While all the votes are still being counted in Riverside County watch for the Banning and Jurupa Valley results.

Banning Measure L will decide whether to allow distributors to set up shop and impose a distribution tax of up to 10% on company gross receipts. The town already permits retailers, cultivators, manufacturing, and testing. CARRYING WITH 69% OF THE VOTE.

In Jurupa Valley, voters in this desert town east of Los Angeles will decide on Measure U, to allow up to seven new marijuana retailers. In June 2018, the city voted against marijuana businesses. LOSING WITH 48% OF THE VOTE.

Steve Fox, a strategic adviser to the Cannabis Trade Federation, said The SAFE Banking Act certainly has a good chance of becoming law, perhaps even in the lame-duck session. “A Republican Senate without Cory Gardner is an industry without a Republican champion,” said Saphira Galoob, a lobbyist who represents the National Cannabis Roundtable and other marijuana industry clients.

With the US Presidential votes still not certified and the Senate still in the balance until the Georgia runoff election in January Wall Street analysts say it could still be a boon for cannabis stocks. Look for Curaleaf, Harvest Health and Recreation, Canopy Growth and Aphria to be among the top gainers.

Across the globe it looks like marijuana legalization won also. Mexican legislators met virtually on Friday (Nov. 13th, 2020) to discuss the latest version of a bill to legalize adult-use cannabis and to comply with a Supreme Court mandate to pass a law by the middle of next month. With Canada and Mexico sandwiching the US maybe this will push for passage of the SAFE Banking Act included in the Democrats COVID-19 relief package.

Israel is planning to legalize cannabis for recreational use within nine months while balancing “liberalism and responsibility,” Justice Minister Avi Nissenkorn said Thursday. According to The Jerusalem Post Deputy Attorney General Amir Merari said the government’s opinion is to favor legalization over decriminalization. Decriminalization does not provide a solution for problems such as the black market.

Israel has taken steps in recent years to make medical cannabis available and is poised to become a major exporter of the crop, though local medical cannabis users have complained of near-impossible access to the few dispensaries licensed to distribute it.

Recreational use of the drug is currently illegal. Prime Minister Benjamin Netanyahu’s Likud and Defense Minister Benny Gantz’s Blue and White parties said in a joint statement at the time that they would advance legislation “to resolve the issue of decriminalization and legalization.”

It seems ironic that Israel, the country whose leading scientist, Raphael Mechoulam known to be the Father of Cannabis, would be so slow to advance full medical and recreational cannabis. Mechoulam advanced the research on safe cannabis for over fifty years. He along with others discovered the endocannabinoid system demonstrating how this plant supplements anandamide (THC) and 2-AG (CBD) produced in all living animals except insects.

Take heart Americans, we will win in the end. Science and the silent majority are on our side.