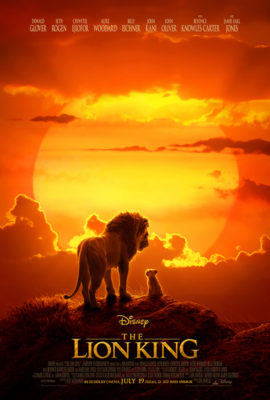 There’s not really anything new in Disney’s redo of their beloved 1994 animated film except for the length (it’s a little longer), two songs and the astonishing photo-realistic digital make-over. But does the enhanced look of an already familiar film also raise the intended emotional impact?  Not really, but if you don’t have a problem with talking animals, then the wondrous, painterly refined images and the extraordinary rendered details of new and lesser creatures will surely hold your attention and perhaps even help with your suspension of disbelief.

This latest version is already on its way to breaking global box office records and there’s nothing I can say here that will change that either way.  The voice acting, as with most Disney animation, is exceptional, especially noteworthy are Donald Glover’s “Simba,” Alfre Woodard’s “Sarabi” and Chiewtel Ejiofar’s “Scar.” 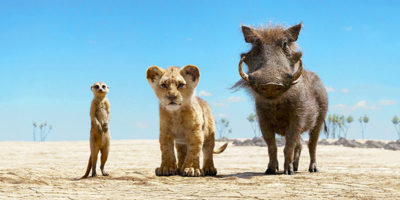 With the lush rerecording of Hans Zimmer’s original Oscar© winning score and the new Elton John song “Never Too Late” along with Beyoncé’s “Spirit” almost make this film a musical.  And that’s not necessarily a bad thing.  It all works.

This beautiful and emotionally satisfying film will no doubt be playing forever for generations yet to come.  It’s a spiritual touchstone for many and deserves the high regard as the penultimate family film. 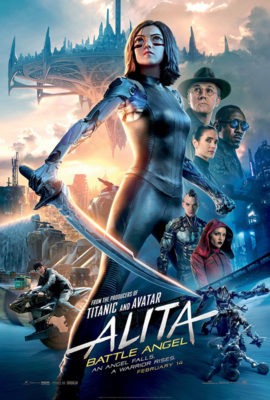 This visually dazzling sci-fi action epic faithfully adapted from Yukito Kishiro’s acclaimed manga series has been in the works since 2000 with James Cameron set to direct.

Eventually, Cameron hired Robert Rodriguez to direct the story about a human/hybrid cyborg — a terrific Rosa Salazar — who investigates her previous life in a disintegrating 26th century earth.

Eye-popping digital effects do not detract from the effective core story thanks to the masterly crafted world and the always-riveting theme of what it means to be human when machine and human merge — something Elon Musk is already designing.

This film has already achieved cult status and is worth watching in 3D if you have compatible technology in your home theater.  Available in 4K/3D from 20th Century Fox.  Recommended. 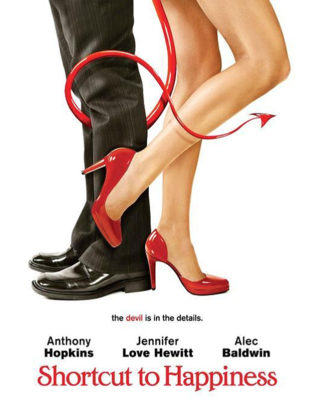 Jabez Stone (Baldwin), a down on his luck writer, sells his soul to the devil (Love-Hewitt) in exchange for fame and fortune.  But when things don’t turn out as planned, Stone ultimately decides he wants his old life again and enlists the help of Daniel Webster (Hopkins) in order to win his soul back from Satan herself!