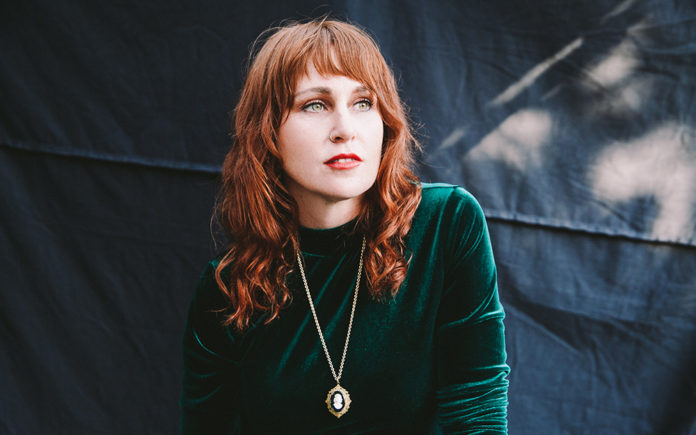 Performing at Stagecoach Country Music Festival 2019! On the Palomino Stage on Sunday 1:30 p.m.

Bex Willcot is more widely known as Ruby Boots, an Australian singer-songwriter who is identified with Alternative, Country and Americana music. She exudes willpower, bleeds courage and is now enthusiastic about vulnerability. She openly admits that there was a time where she didn’t feel she had those qualities. After speaking with her by phone from her home in Nashville, where she transplanted from Perth, Australia, Bex is all-systems-go for her Stagecoach 2019 performance while enjoying the West Coast portion of her U.S. tour.

Ruby Boots most recent album, Don’t Talk About It, was released in 2018 on Bloodshot Records. Produced by Beau Bedford and recorded with The Texas Gentlemen, the collective pulled a handful of songs from the 40 she had waiting and began recording at their Dallas-based studio Modern Electric Sound Recorders.

Bex shared with me that the name Ruby Boots, comes from the idea of being fiery and passionate like a ruby and the boots implying that as a touring troubadour she travels around a lot. Here’s our Coachella Valley Weekly conversation with Ruby Boots.

CVW: Hi Bex. What are your thoughts on the other ‘Music City USA’ Indio, California and the desert in general?

Bex: “I’ve been there before. It’s a magical place man!”

CVW: What has your Spring Tour been like thus far?

Bex: “The tour has been great. I’ve done the West Coast thing since late March then I’ll be back home in Nashville in early May then I head to the East Coast. I love it!”

CVW: You moved to Nashville in 2016 as a direct result of your success in Australia. What was that positive stroke like for you?

Bex: “When I moved to Nashville, I didn’t really feel like writing a new album but I was in a position where I had to. I simply couldn’t write when it came time to do it. I’d sit down and start crying and be completely blank like I’d never written a song before in my life. I realized I needed to have a bit of space to live life again. I had been sober for a year and so I started drinking again for a couple of months and then realized that wasn’t helping. I had to start living life, digging deeper into who I was now, how I see the world and how it affects me. The album is written around that time and my growth, I needed that time for self-reflection. Having everyone in the audience singing back at me, it reminds me of how much I accomplished in Australia. Coming home and getting a response like that gave me an incredible feeling of validation. I needed that extra lift-up. I need the positive strokes.”

CVW: There’s a vulnerability I hear in the music you play and especially in “Don’t Talk About It.”

Bex: “A lot of indie artists are doing this and I support them all. There’s a strong theme running through the songs that I wanted to keep and that I felt passionate about. The balance between vulnerability and strength is one of many layers of what the record is about. Each song has its own feel in terms of message but the thing that has come through is the idea of what strength is. Is it about being able to take on the world all the time or is it about being able to be vulnerable while still retaining that strength needed to navigate through life with a sense of defiance. Managing that in relationships and other life instances is what it is all about.”

CVW: The trajectory of your career seems almost story-like. From your success in Australia winning awards all the way to Nashville. How are you feeling about your career right at this moment?

Bex: “I’m emotional. I’m in such a good place right now. It’s all been worth it. It hasn’t always been easy and I worked hard for what I have earned. It can be difficult to keep things going and stay empowered. I’m dependent on the work. I’m a workaholic. I put in the hours.” 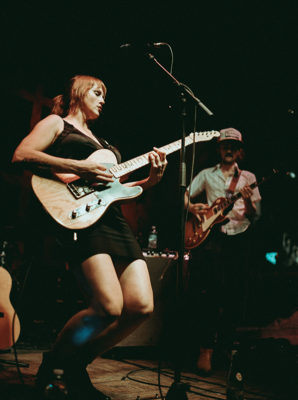 Bex: “That’s a late addition. I’m so excited. I’ve been there before. I have a cool story about Pappy’s I’ve never shared with anyone. In my early years of coming out I went to Nashville. I got burnt out and said, ‘fuck this!’ So I took a drive. It was like a holiday. I decided to drive to the desert and I just happened to show up to open mic at Pappy’s. I didn’t go there to perform but you know how artists are and I got the bug to get up there. It was late, they were almost done, and they said, ‘alright, you can come up and play a couple of songs.’ After two songs they wanted me to keep playing and that was a great feeling. Now I get to come back and perform a full set. It’s my payback for helping me through a tough time.”

CVW: Is this your first time at Stagecoach?

Bex: “Not really. I had a friend who had business set up and I got up last year and played a couple of acoustic songs. So that was my unofficial first performance at Stagecoach.”

CVW: How much do you believe your environment impacts your music/songwriting and the message you’re trying to relay?

Bex: “It’s huge. I think it’s inevitable. It’s an open-ended question. My music is constantly interconnected with what’s happening around me. Your experiences and surroundings are inescapable in your music.”

CVW: How different are you now from 2016 when you released Solitude? How do you view things and process things?

Bex: “I’m less angry about things. There was a lot of anger. On my album Don’t Talk About It, the song, “I Am a Woman,” was conjured up amid recent events where men have spoken about, and treated women’s bodies, the way no man, or woman, should. This kind of treatment toward another human being makes every nerve in my body scream. These kinds of incidents are so ingrained in our culture and are swept under the carpet at every turn. It needs to change. As tempting as it was to just write an angry tirade I wanted to respond with integrity, so I sat with my feelings and this song emerged as a celebration of women and womanhood, of our strength and our vulnerability, all we encompass and our inner beauty, countering ignorance and vulgarity with honesty and pride and without being exclusionary to any man or woman. My hope is that we come together on this long drawn out journey. The song is the backbone to the album for me.”

CVW: I go back to the topic of vulnerability. You are more open than ever before and are willing to put yourself out there.

Bex: “Once you write a song, record it and release it, it’s not really yours anymore. The fan’s interpretation is welcoming.”

Don’t miss Ruby Boots on the Palomino Stage on Sunday at 1:30 p.m.!