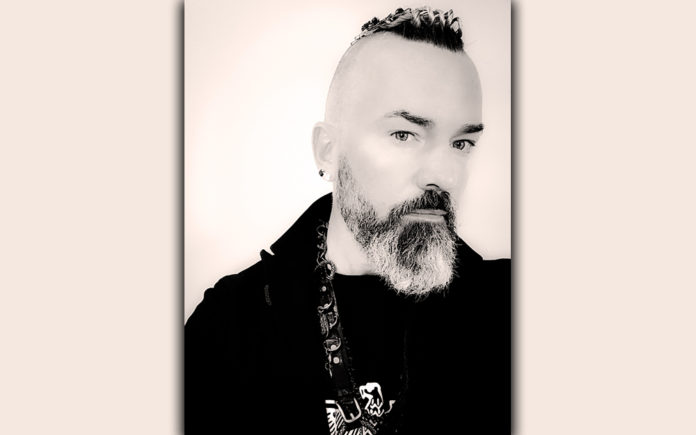 Standing out from the crowd is not always easy. In the art world standing out becomes problematic when we are constantly inundated with images – Facebook, Twitter, Snapchat, endless selfies – to find the art in a world populated by the cult of the amateur requires passion, talent and perseverance. 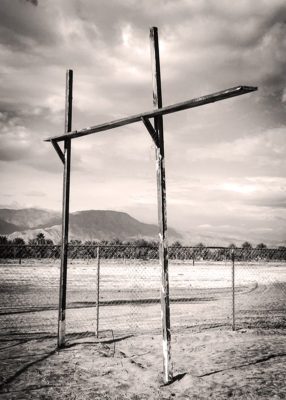 Ryan Chesla has made his mark and stands in the forefront of the crowd. And he manages to it do by capturing images of daily life. “By taking daily life as my starting point, I can draw the viewer in and, in a manner, seduce him into calm before disrupting his sensibilities with images or moments that articulate the stream of daily events,” said Ryan, “By creating this image, I can highlight the human drama in order to clarify our existence and to reveal the underlying poetry in everyday life.”

“I started taking photographs in 2010. My work was color but color is problematic. The darkroom may yield one shade. The final print would yield another color variation. With so many variations, it was difficult for me to capture what I saw into that print. The move to black and white removed the color dilemma and allowed me to focus on the subject.”

“My early work was portraiture. I traveled extensively throughout Europe and Asia. I spent 9 months in China. Capturing those images was a part of my growth. In 2015 I left Seattle for the desert. I changed and so did my work.”

“I had to adapt to my surroundings. The desert, for me, was initially a lonely place. It was also during this time that I found my biological mother. She was in the final chapter of her life. Finding and losing her, made my own loneliness more acute.

My work began to mirror that initial loneliness. My photographs began to focus less on people and more on my surroundings. Soon my work had no people; the prints began to get smaller in size. It was the starkness and loneliness of the desert I was capturing in my work.” 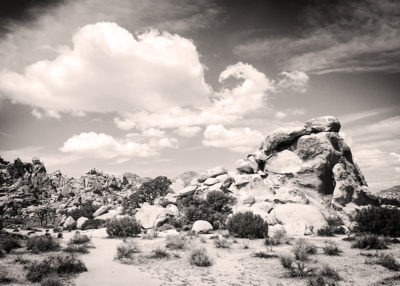 Ryan’s loneliness has ebbed but his haunting imagery remains.  His work is currently a part of several exhibitions.  He will be part of the 2018 joint University of California, Riverside and Palm Springs Art Museum’s Artists Council Exhibition, opening in March. His work may be seen at West Elm Design House, Palm Springs, and Karizma in Cathedral City.

As part of the Coachella Valley artist community Ryan advocates for the arts. Fostering support for artists, Ryan is on the Board of the Palm Springs Art Museum Artist Council. He has also worked with Tools for Tomorrow, the nonprofit that works to bring art back into the schools.

Why be lonely when art offers so much – on so many levels! Ryan continues to stand out and for that we are grateful.