S.O.S. is a 501c(3) charity which provides “no cost” transportation from the Palm Springs and Ontario Airports, to the USMC MCAGCC base in 29 Palms, CA. These free rides for active-duty military personnel and their family members are made possible through generous, tax-deductible donations from individuals and corporate patrons. Volunteers drive their own vehicles and donate their time and energy to provide “A Ride Home” for our brave USMC servicemen and women.

Just prior to their Nine Year Anniversary of serving America’s Heroes, S.O.S. has transported its 100,000th active duty Marine, reaching an historic milestone in the history of this successful Coachella Valley charity’s mission. In their first year of operation, they transported 500 warriors, and in 2015, over 23,000!

S.O.S. Founding Director, Erica Stone commented, “We are honored to have transported 100,000 Marines since our founding in 2007, and remain in awe of the bravery of those young men and women who safeguard our Freedom. We are very proud of our achievement, having overcome many obstacles in a “for profit” world, but our challenges pale in comparison to the daunting task these brave men and women face daily. We can never do enough to thank them for their sacrifice.”

She went on to thank the hundreds of volunteers who either drive Marines, or work behind the scenes to make it all happen. She states, “Without their dedication and devotion to this mission, and our American Military Forces, we would not be able to do what we do. I owe them all a debt of gratitude.”

For more information regarding this worthwhile and necessary program, call (760) 200-2345. For volunteering information, or to donate generously to S.O.S, visit their website at www.sosride.org. 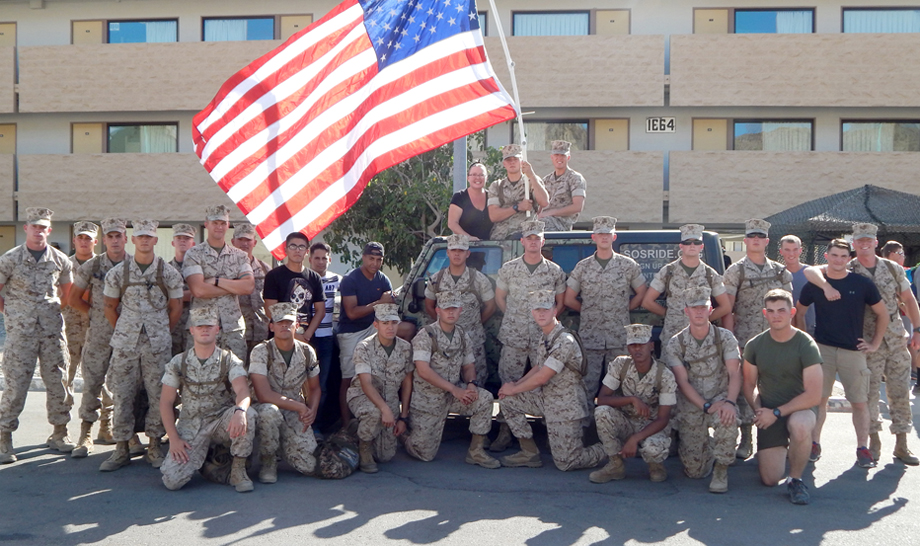