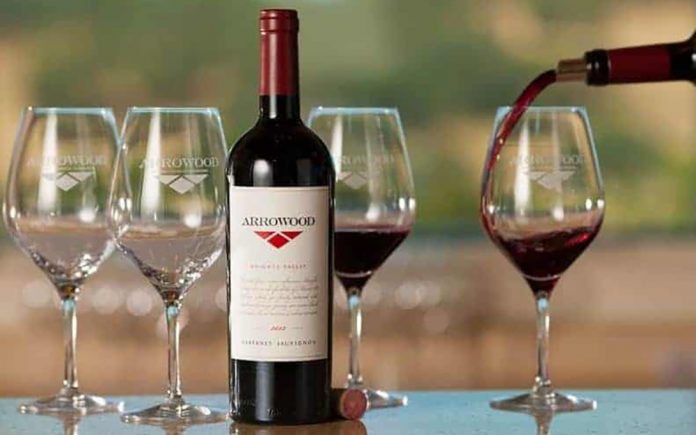 Lately, I’ve been taking stock in what is the remaining stock of my wine collection. Back in the day (I know—I need to give that phrase a rest, at least for a day or two), I had a major wine collection. And a majority of the juice were bottles of Cabernet Sauvignon; a California selection and Bordeaux.

In the ‘80s, Cab Sauv was the collectible. Most of my wine friends owned the California stuff; I on the other hand had a bunch more Bordeaux. Hey—I had a full case, and a magnum, of the 1974 Heitz Martha’s Vineyard and some other great California wines, but I did have a lot more magnums and bottles from both the right and left bank of Bordeaux.

(By the way—in the early ‘80s, magnums of wine–Cabs and otherwise, were cheaper than the bottles for the amount of wine. That is to say—a 1.5L magnum sold for less than two 750ml bottles of wine. Wine ages a little better in a large format bottle, so it was a win-win to purchase and own magnums. These days, it’s crazy reversed—magnums selling for so much more at almost prohibitive prices.)

In my conversations with my wine collector friends back then, they would always tout how formidable the California Cabs were when compared to their Bordeaux brothers. I, on the other hand, would look at them in wonder on how they could miss all of the layered complexities of the Bordeaux. The discussions were really ironic—especially when dealing with great wines from either side of the pond.

Honestly, sometimes I felt that my vino companions preferred the California stuff because they couldn’t pronounce anything on the French Bordeaux labels. They probably tried early on but were humiliated by some snobby Frenchmen who laughed at their attempt. And that would be it for them: “We love Cal Cabs—done!”

So for this past Mother’s Day, I pulled one of my few remaining vintage California Cabs to enjoy. (not to worry—I still have enough around to keep me writing for a couple of years—maybe.) Actually, when it comes to defining “vintage” wine, we’re probably looking at an excellent wine from a great vintage year that’s perhaps 15 years or older. But these days, with the younger crowd, keeping wines in a “collection” for more than 5 years is a rarity.

Therefore, by such modern standards, the wine we just enjoyed, I’m deeming a “vintage” wine: At only 8 years old in the bottle, the 2014 Arrowwood Knights Valley Cabernet Sauvingon was an absolutely delicious wine. Seriously folks, it does qualify as a vintage wine because it’s from a stellar California vintage year—2014.

For the record, narrow Knights Valley is nestled between the Mayacamas mountain range and the base of Mount St. Helena, and is the eastern-most, warmest AVA in Sonoma County. It is also one of the most pristine wine growing regions in California.

Last year, Wine Enthusiast magazine wrote, “It’s hard to overstate how stunning the 2012–2014 vintages in Napa & Sonoma were for pretty much every variety of wine.

It was a three-year stretch of great quality and quantity.

“In 2012, the clouds literally parted and warm, consistent weather throughout the growing season gave winemakers a Goldilocks situation: not too hot, not too cold, but just right. You can almost feel a sense of relief and relaxation in that vintage. It offered exuberance and approachability upon release.

“A healthy growing season also took place in 2013, but Northern California was locked in a second year of extreme drought. The resulting wines were more structured, tannic and closed off in their youth, signs of their struggle. However, that also makes them just about ideal to drink right now.

The 2014 vintage, a year during which California went from extreme drought to exceptional drought, was somewhat of a tweener. The wines displayed 2012’s opulence and approach ability, but with some of 2013’s power and tannin.” 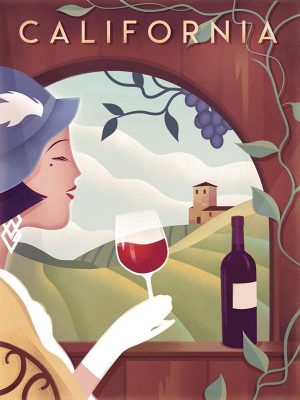 For those of you so inclined, it would be a great treat to go on the auction market, or wherever you’d find older wines, and pick up and savor any decent 2014 Napa or Sonoma Cab. And 8 years is all one needs in bottle aging for the wine. It’s at its perfect stage—so delicious. It’s what world class wine is all about.

Indeed, Community Wine Reviews wrote, “Arrowood Knights Valley 2014 is a medium-plus bodied and juicy red blend of 80% Cabernet Sauvignon, 16% Merlot and 4% Malbec from Knights Valley, Sonoma County. Nice nose of ripe red berries. On the palate, the wine is dry with blackberry and blueberry fruit, cedar spice and black olive flavors on the palate with balanced acidity. Graphite notes in the background. Tannins are fine. Drink now and for the next 20 years.

And you see—I couldn’t wait 20 more years. But you don’t need to, again, it’s drinking perfectly. I’m sorry that I’ve never written on the Arrowood Winery& Vineyards. Their wine is so impressive. The winery has been around for a long time and it’s high time to visit. ROAD TRIP!! Cheers!