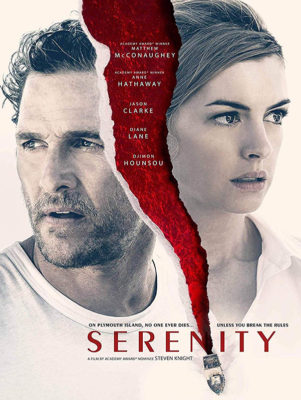 There was scattered laughter in the sparsely attended audience at the screening of this high-concept mystery thriller with a ridiculous twist ending.

When ex-wife Karen (Anne Hathaway) begs Dill to save her – and their young son – from her new, violent billionaire husband (Jason Clarke) by taking him out to sea on a fishing excursion, only to throw him to the sharks and leave him for dead. Karen’s sudden and unexpected appearance – and the $10 million offer for the hit — yanks Dill into a new reality that’s not what it seems.

Serenity is both monumentally ambitious and awful.

Spoiler alert (you will thank me later):

Here’s the problem. Turns out the entire island is part of a video game! You read that right. And Dill is a character in a fishing game. And that’s because Karen’s son is the programmer and he’s making this simulation because the real Dill died in Iraq. Now his son Patrick has reprogrammed a fishing video game to live out a fantasy of killing his abusive stepfather. 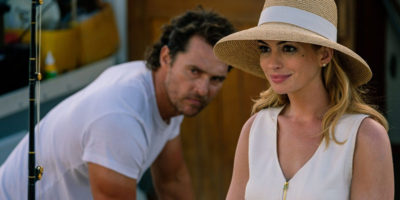 Got that? I’m not making this up.

Since we all know VIDEO GAMES ARE VIOLENT AND TURN PEOPLE INTO MURDERERS, Dill decides to kill the father and when we cut to the real world, Patrick has actually killed his abusive step father during another one of his attacks.

The movie ends with Patrick entering — or re-entering — the digital world where he embraces his father which suggests that Patrick has made a digital version of himself to spend time with his father. 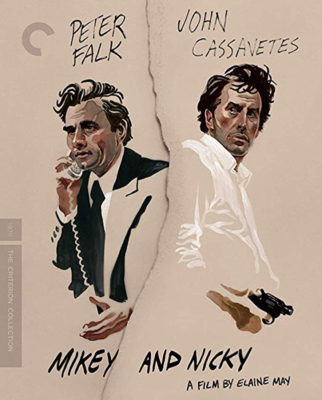 The payoff may be protracted, but it’s fun to watch these two very ordinary and stupid losers meander aimlessly in their habitat of run-down bars and flea-bitten flophouses all the while bickering about life, marriage, mortality, and their shared past.

It’s on record that May had trouble getting the right mix of dark humor and stark truth in what is now recognized as a flawed but unique and utterly believable film portrait of two amoral men, one of whom is targeted for a hit by their mutual crime boss.

It’s hard to feel any genuine sympathy for either man even though Cassavetes and Falk are at their naturalistic best playing these two low-life underworld characters. May is a master of engaging and revealing dialogue.

Elaine May’s script was allegedly taken from an episode in the real life of her uncle.

When the movie’s over, your probably won’t feel any resolution because it’s a never-ending story you will carry with you after final fade out. And that tragic sadness is what makes it work as an existential fable of friendship and betrayal.