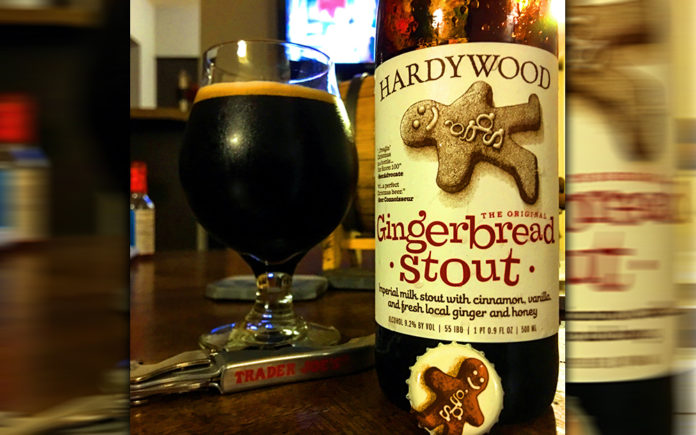 The other night I bought myself a bottle of Boone’s Strawberry Hill. Don’t ask me why I thought this was a good idea, but I had a notion to ironically review the worst drink that I could find, like maybe a Zima or a Mike’s Hard Lemonade. I strolled through the liquor section of the closest Circle K, and the Boone’s label just seemed to call to me from the depths of the bottom shelf. I purchased the bottle of seemingly innocuous, light pink wine, and took it home to review.

There are some things that time helps you to forget, and the wretched strawberry soda flavor of Boone’s Strawberry Hill is one of them. If there was anything I succeeded in that night, it was in drinking the trashiest tasting booze I could find. You’re looking at a guy who’s drank Four Loko, and I’m saying that Boone’s Strawberry Hill is worse. I went looking for trouble, and boy, did I find it. There’s a reason this is the drink of choice amongst delinquent 14-year olds world over. Boone’s Strawberry Hill is for people that want something with a little more kick than a Mountain Dew, but also want to save the Raspberry Smirnoff Ice (you know, the good stuff) for the weekend. It gave me a nasty hangover, and I was so disgusted with myself for this stupid idea, that I scrapped the entire article and started fresh.

I needed fresh inspiration, and Trader Joe’s once again came to the rescue. 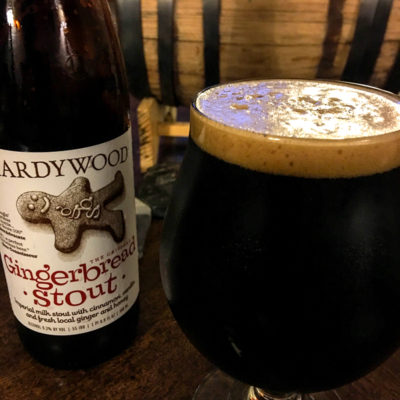 It’s still somewhat cold here in Southern California (meaning I was shambling around the store in flip-flops, board shorts, and a hoodie), so winter ales can still be found on grocery store shelves. With a sign advertising the nice, low price of $4.99, I decided that a Gingerbread Stout from Hardywood Park Craft Brewery would be the beer du jour. The Richmond, Virginia based company isn’t well known on the west coast, but their three taproom locations in their home state proves that they’ve developed a loyal fanbase, and their gingerbread stout has earned a spot on Trader Joe’s shelves without being one of their contract brewed house-brands.

The flavors of ginger and baking spices have been married successfully into stouts before, Golden Road has a gingerbread stout that I rather enjoyed, and so does…no, not them, let me think…no one. Literally no one else bothered to make a gingerbread stout. This is a severely underrepresented style (I mean, for good reason, I suppose. I’ve never once heard anyone say that they could go for a nice tall glass of gingerbread right now), and according to the blurbs printed on the bottle, this is supposed to be a good one! Let’s pop the gingerbread man covered cap off this bottle and get to rating, shall we?

APPEARANCE: pours from a 500 mL, Belgian style bottle; a simple wrap around label with the image of a gingerbread man recalls the Christmas holiday. The beer pours jet black into a Belgian tulip glass, a khaki colored head of foam lingers longer than you might expect for a milk stout. It dissipates after 30 seconds, leaving a thick lacing around the sides of the glass.  4.5/5

NOSE: Roasted malt is prevalent, with acrid, burnt sugar notes that I often identify with whiskey. Fusel alcohol in the nose as well, almost eye watering if you get close enough into your glass. Boozy with aromatic notes of spice; cinnamon lingers at the tail of the bouquet. There are no artificial notes of extract here to boost the nose, and that is a good thing. 4/5

TASTE: Toffee and milk chocolate come to mind, sweet and candy-like with the sugary burn of dark rum at the finish. Warm cinnamon is prevalent, not the spicy twang of artificial cinnamon but the real, woody deal. Ginger root is placed subtlety in the flavor as well, soft and rounded and as authentic as the cinnamon. Milk Stouts have a more restrained roasted character than their Russian Imperial cousins, and this beer is no exception. Missing is the sharp, astringent character that comes from roasted barley, leaving you with a finish that’s more porter than stout. A restrained bitterness keeps the flavor from becoming cloying. Not a lot of layered depth, but the flavors that are present marry nicely. 4/5

MOUTHFEEL: Medium-full, thanks to the addition of lactose, and about right for the style and ABV. 4/5

OVERALL: This beer has garnered significant praise in the online craft beer community, and with good reason. The authentic flavors of baby ginger root and cinnamon give a festive warmth, and a mild spice that doesn’t distract from the flavor of the beer itself. With that being said, I did find the base beer to be underwhelming and lacking in some character. Without a strong roasted finish, this stout struggles to stand up to the sugar and spice that’s layered on top of it, and it ultimately comes across as a bit muddled. It is still a very good beer, and an excellent value for its price point. I found this bottle at my local trader joes, and I will be purchasing a bottle or two more before it’s gone for the season.   4.1/5