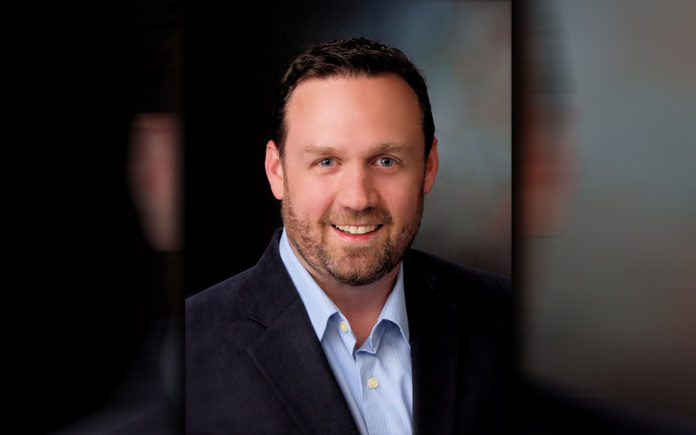 Equipped with experience in digital marketing, website design, and a unique sense of humor to boot, Casey Dolan is a jack of all trades when it comes to Coachella Valley media. His most notable escapades include helping local businesses with marketing campaigns, founding the popular Cactus Hugs news website, and acting as an ALT 101.5 radio host.

Dolan has not always called the desert his home. Born in Long Beach, he relocated to Big Bear during his youth. He eventually moved to the Coachella Valley in 1998.

“I froze every winter and water skied every summer [in Big Bear] until I just couldn’t take shoveling snow any more at 3 a.m. in order to get to my morning radio job and announce if school was snowed out or not,” said Dolan.

He later attended a total of six junior colleges, including College of the Desert, before receiving a degree in business from the Cal State San Bernardino, Palm Desert Campus.

Dolan now lives with his wife Kristen along with their two cats, Wally and Tiki. Despite the scorching temperatures, he loves to take in the stunning views in the Coachella Valley.

“There are times when you are just running errands or whatever and you look at the sunset with all the colors over the mountains and you just get that feeling of wonder and amazement that you actually get to live in this place,” stated Dolan.

In 2014, Dolan founded the Cactus Hugs website, which sees between four and five million page views a year. Its creation was spurred by a change both he and his wife experienced after getting fired from a radio show they did together six years ago before Christmas.

“We came to the wise conclusion that radio just wasn’t what it used to be and it wasn’t going to give us any stability or enough income to buy things like food and shelter, so we each went into other career paths. Kristen now makes the world a better place in the non-profit sector. Meanwhile I found that the Coachella Valley, while flooded with all kinds of media outlets, didn’t really have what Cactus Hugs is today—which, I hope anyway, is an honest conversation about local topics that isn’t just all pandering to advertisers, the visitor’s bureau, and the snow birds,” explained Dolan.

Dolan’s afternoon radio show on Alt. 101.5 is also a hit with desert listeners, infusing music and his charismatic personality to the airwaves.

When he’s not running one of the most successful websites in the Coachella Valley and hosting a popular radio show, Dolan also has a consulting business where he helps local businesses with their websites and online marketing. He considers this the most fulfilling part of his day.

“There are so many things a small business can do online to reach their dreams and goals. Seeing that happen for them is just the best,” expressed Dolan.

Outside of his professional pursuits, Dolan enjoys hiking with his wife at the top of the Tram, watching movies, and completing various projects for their recently-purchased fixer-upper home.

In terms of a personal role model, he cites Billy Beane, the General Manager of the Oakland A’s and subject of the best-selling book Moneyball: The Art of Winning an Unfair Game.

“This is a guy who worked his way up the ladder to General Manager—a job in which he totally transformed an industry that refused to change for over 100 years. This is a guy who was faced with the huge challenges of running a small-market baseball team that should’ve never been able to compete, and he made his club competitive by getting creative and by not being afraid to adapt to a changing market. So many businesses keep doing the same thing and expect different results,” explained Dolan.

A key piece of advice that Dolan promotes is to take more chances without fearing failure, as more is learned from failures than from successes.

“If you would have asked me what I saw myself doing years ago, I would have never guessed I would be where I am now, but I wouldn’t change anything,” said Dolan.