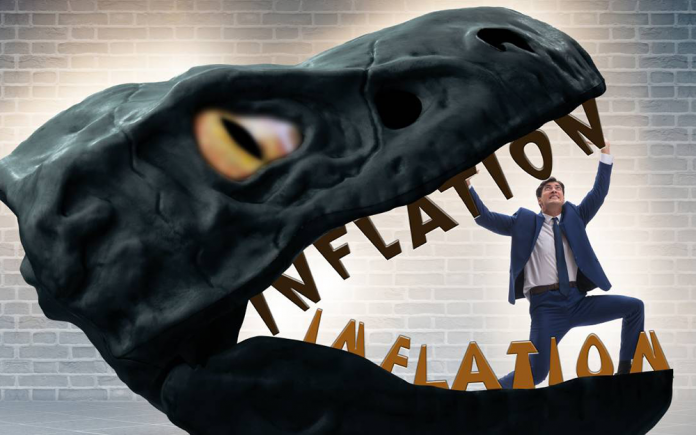 While it is impossible to know what 2023 has in store for you or me, we can make some reasonable estimates on economic conditions for the year.  Armed with this knowledge, you can be better prepared for what is in store.

By aggressively increasing interest rates, the Federal Reserve is indirectly slowing the economy.  The Fed is dampening demand in order to improve supply.  By increasing supply, prices fall and the beast known as inflation is slayed.

As most of us experience every time that we go to the store, inflation erodes the buying power of a dollar.   When you add in high energy costs, you can see why many folks are having to cut back.

With most of the interest rate hikes behind us, a look at the economic landscape tells us that businesses are beginning to feel the pain like most consumers.  To date the highest profile layoffs have been in the highly paid technology sector.

At year-end, people who work or want a job was 62.3% of all adults.  This means that 159 million of 165 million who wanted a job had a job.  We still have another 100 million adults not ‘looking’ for a job.  Looking is defined as being out of work less than six months by the US Bureau of Labor Statistics.

If we look back one year, we have 3.5 million more people in a labor pool that has grown by 3.3 million people from a country that is growing its working age population at a 2.7 million rate annually.

What these numbers tell us is that the labor pool is tighter today than it was a year ago when we started to see sharp increases in worker pay.  10% of those who were not interested in working are now working.  My guess is that higher inflation and a declining stock market have caused more people to work again.

At the end of November, there were 10.5 million job openings in the United States of which 1 million was in government.  Job openings are 500,000 lower than one year ago.  40% of job openings are in Southern states with 25% here in the West.

Is it any surprise that healthcare has the most job openings at 2.1 million?  Professionals/business are second with 2 million openings followed by Hotels/Food (1.5 million), government (1 million) and retail (900,000).  As of the end of November, we had not yet seen many job cuts.  With an increase in layoff notices coming with the New Year, expect changes to these numbers in upcoming months.

What can we take from all of this?

The Fed is hell bent on slowing demand and breaking inflation.

If you are looking for a job, it should be easier to find a job now than it will be in one year.  The exception to this is in healthcare where worker shortages mean that jobs are plentiful so long as you are willing to move.

Where real estate saw great times when interest rates were near historic lows, things are vastly different today.  Real estate sales have slowed markedly while home refinancings have all but gone away.  The glut of commercial and office space can be expected to get worse as struggling retailers fail.  This all suggests that real estate prices should be lower in one year than today.

As a seasonal economy, most in the desert experience a slowdown every year.  As you go into this year’s slowdown, be prepared for a weaker market next season.  If we get lucky and things remain robust, be thankful as many parts of the United States, world and our local economy are already in a recession.