6 BELOW – Miracle on the Mountain 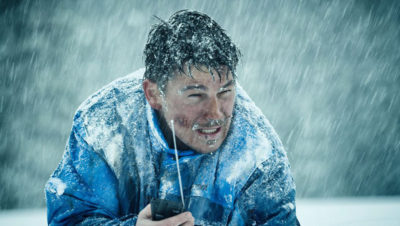 While watching this less than thrilling, semi faith-based (?) mostly true story about former pro hockey star and meth addict Eric LeMarque (Josh Hartnett) who sets out for a snow boarding break at Mammoth Mountain and gets stranded for eight days during a fierce blizzard, it’s almost impossible not to be reminded of James Franco in Danny Boyle’s superior, but similar themed survival movie “127 Hours.”

Former stunt man Josh Waugh competently directs this glorified TV movie, but it’s the terrific immersive surround sound design that gives this story its visceral impetus.  I loved the terror of the almost deafening storm that seemed to sweep around and through the audience, but I was less than dazzled by the empty subtext of what is a predictable (the spoiler’s in the title) outcome of a character forced to examine his life and hopefully rediscover a dormant or rejected faith that will help him survive the cold as well as his inner demons. 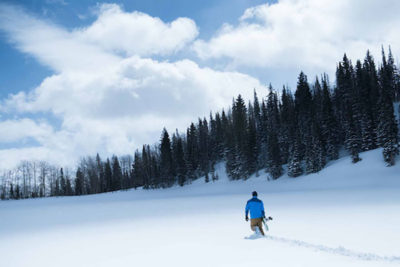 The movie unfolds in a series of flashbacks that cut from the snowbound mountain to scenes of LeMarque’s previous life, although this structural gimmick did nothing to up the ante or make us care more than we already did.

On another note (no pun intended), the swelling emotional score that tells us how to feel is distracting and finally annoying in its obvious and overt attempt to manipulate the mood of a scene.

The only miracle in this disappointing film is if you remain in your seat until the end credit roll. 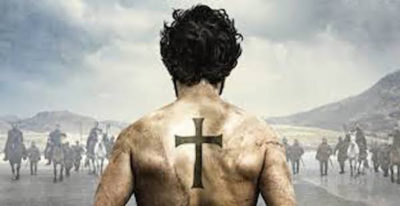 Set in 1209, a group of Irish monks are ordered by an emissary of the pope to embark on a dangerous journey to escort their monastery’s holiest relic – a rock – in order to empower the pope’s armies in the Crusades.  Their reluctant pilgrimage – and treasure — quickly becomes a target of savage tribes, traitorous Norman soldiers and others who seek the power or the wealth they think the relic represents.

This surprisingly thoughtful, but grim medieval adventure plays out in a world we rarely see on screen.

Brenan Muldowney directs with a painterly eye that does not shrink from startling eruptions of bloody action.  Tom Holland (“Spider-Man: Homecoming”) co-stars along with Richard Armitage and Jon Bernthal.  Holland’s young novice finds surprising courage while facing deadly challenges at every turn that push his body, mind and spirit to the breaking point. 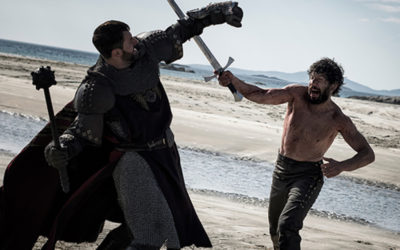 Jamie Hannigan’s intelligent screenplay allows for the irony and metaphorical allusions embedded in the story.  The era of pagan and Christian conflict, plus the notion of an otherwise meaningless rock that is given great power, fuels the action and tightens the tension.  Stephen McKeon’s evocative period music is a perfect match for Tom Comerford’s stunning cinematography that makes real a world long lost to the mists of Irish history.

Interesting bonus features include five behind-the-scenes featurettes, interviews with the cast and crew, a photo gallery and a poster gallery.

I loved this great looking, relevant adventure that gives witness to a dark theology that is still very much with us.  Recommended.  RLJ Entertainment.  Blu-ray.