The Marvel universe just got bigger with this sly, whimsical and unexpectedly cool entry about how much size really matters!  Clearly a franchise starter, Paul Rudd stars as the ever-shrinking but ever-stronger hero in a surprisingly satisfying origin story. I predict strong word of mouth will generate big global box office rewards. I overheard one young man telling his date as he exited the screening room, “It’s just crazy enough to work as a story and be big fun at the same time. I loved it.” His date said she thought she was going to hate it but was now in love with Ant-Man (or maybe it was Paul Rudd).  There was applause at the end of the screening.

I liked the 1989 era opening with Dr. Hank Pym (a digitally youth enhanced Michael Douglas) establishing how S.H.I.E.L.D has relentlessly sought his groundbreaking particle research. Next we cut to today in Northern California where cat burglar Scott Lang (Rudd), fresh out of San Quentin is trying to go straight, but is talked back into a life a petty crime by a former cellmate. In a basement safe he cracks, there’s a battered black suit that once belonged to Pym. In fact, the safe is in Pym’s house. The suit has great power to shrink the wearer! Pym as part of a military c 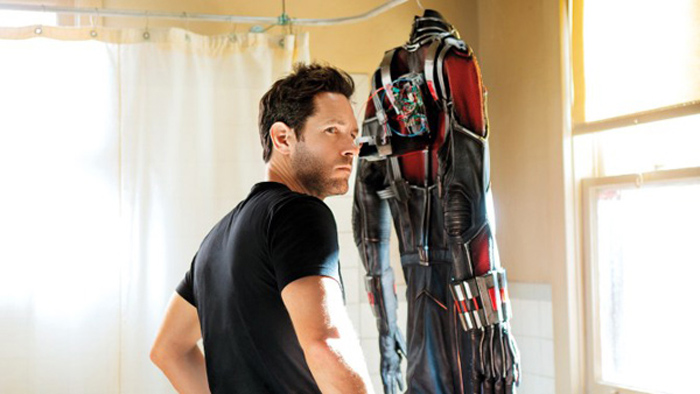 ontract developed it but withdrawn for fear it might fall into enemy hands. Soon Pym is Lang’s mentor and — in a series of inventive action set pieces — they must protect the suit technology from new, seemingly overwhelming, threats while pulling off a heist that may – or may not – save the world.  The less you know of the plot details, the better; it’s all spoiler from here on out and anything more would greatly diminish the experience of the film. This movie being shown in a very cool 3D mode that actually makes the cinematic experience even better. How rare is that?  Beautifully directed by Peyton Reed, this action-filled story retains a light touch. And that is no small thing.  Now playing in 3D and 2D at Palm Desert’s Cinemas Palme d’Or. 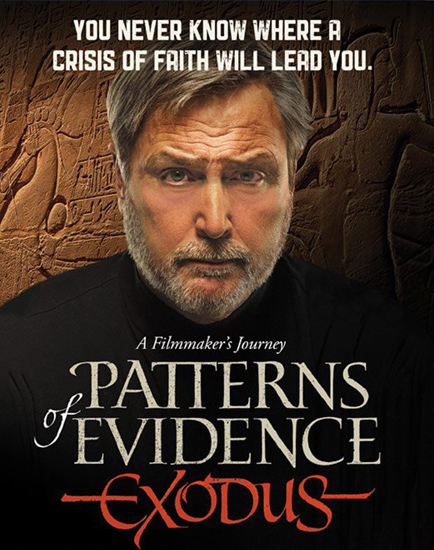 The basic premise of this film is that the Bible’s Exodus event actually happened around 1445-50 BC, and not several hundred years later during the reign of Pharaoh Ramses as popularly believed – even though there’s not a shred of evidence to suggest a Semitic people fled Egypt during this time. Although the earlier date is presented in the film as new info, that date was first posited in Dr. Edwin Thiele’s classic, highly-regarded book “The Mysterious Numbers of the Hebrew Kings” (MacMillan, 1951). Thiele’s research, using internal data, aligns the chronology of Egypt with the Biblical book of Kings, a long-standing problem in archaeology. However, no credit is given to the book or Thiele. Although the movie is nicely photographed with slick graphics, it is repetitive and amateurish in it’s biased arguments. Having outspoken, conservative Christian Evangelical Kevin Sorbo (!) narrate is one clue. And then up front, talking heads Benjamin Netanyahu, Shimon Peres and Michael Medved essentially endorse the significance of the movie. 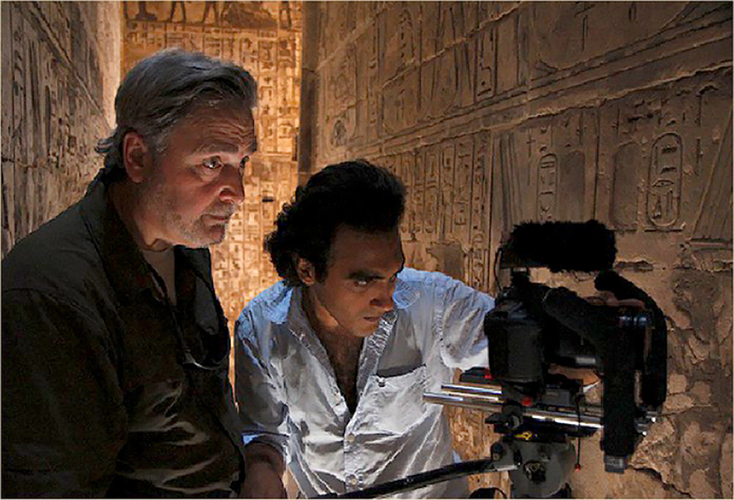 Although apparently from Christian filmmakers, this film clearly has an agenda that supports the Old Testament account of Jewish history. But its message is being preached to the choir in the thin disguise of a more secular film. Strangely, Timothy Mahoney, the mostly mute filmmaker, has inserted himself into the movie as if this is some kind of deeply personal quest — his quizzical face dominates the poster and box art. But this notion is never really articulated. How does this one piece of historical information change anything? Does the filmmaker now have “faith” in the Bible where before he was full of doubt? And what does that mean in his life, if anything? Are we to now assume the entire Old Testament is a work of inerrant history as opposed to an amalgam of poetry, myth, chronology, history, law, propaganda, story and metaphor? Is the movie suggesting God somehow literally wrote the Bible? Is the implication down the line that modern Israel is a prophetic fulfillment of ancient Israel? There are future films in the series.

Biblical archaeology is a fascinating subject. It is on some levels a flashpoint of contemporary life in the Middle East, but this often-tedious “documentary” does not begin to do the subject justice. For me, only Egyptologist David Rohl, who does not even believe in God, comes off as credible and totally unbiased. Rohl suggests there are depictions of real history in the Old Testament. However, he does not give it specific religious meaning. I wonder how he feels about being used in this film that implies otherwise?  Available August 4.  Thinking Man Films.  Blu-ray. 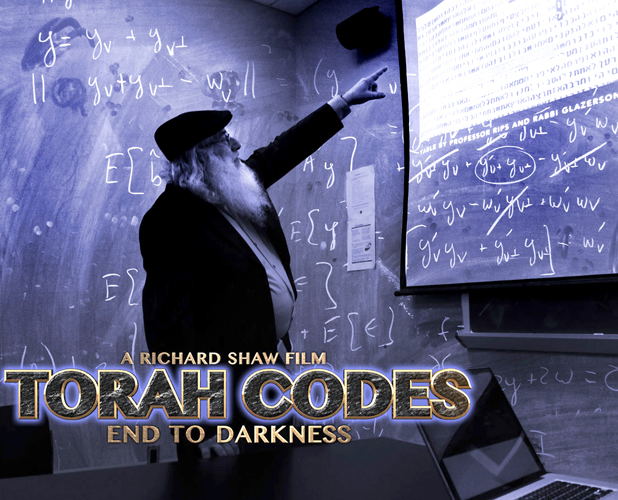 This short (65 minutes) “documentary” is a perfect companion piece to PATTERNS OF EVIDENCE. The big — but not new — idea here is that there’s a code in the TORAH (the first five books of the Old Testament) that reveals modern events. More than that, it suggests a prophetic message that relates to Israel’s political and spiritual existence, with references to the Hamas wars, rockets and terrorist attacks, the attack on the Twin Towers, other terror Attacks, and the mention of political figures including Obama and Netanyahu and even the BP Oil disaster!

According to the film, and code enthusiasts, if the Torah’s Hebrew words are pressed together, without spaces but like a crossword puzzle, there are clusters of meaningful words that cross each other or appear nearby. In the end, the film makes the case that the ancient Hebrew words that makes up the Torah — and not necessarily the rest of the bible — are divinely embedded with hidden contemporary information that can inform us today. 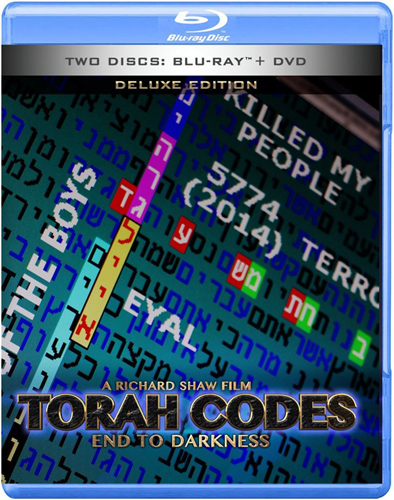 This disturbing film works like an apocalyptic thriller, which in fact it is. The arguments in the film are mixed with emotional reminders of human suffering — on Israel’s side.

Only problem with this film is that any book can be examined for the same mystical mathematical mumbo-jumbo patterns and quasi “prophetic” meaning. However, I really liked this film as an unfiltered, blatantly propagandistic, sci-fi thriller. Nothing wrong with that! (Random thought: Wonder what could be made of doing a “Koran Codes” sequel?)   Pinlight.  Blu-ray.