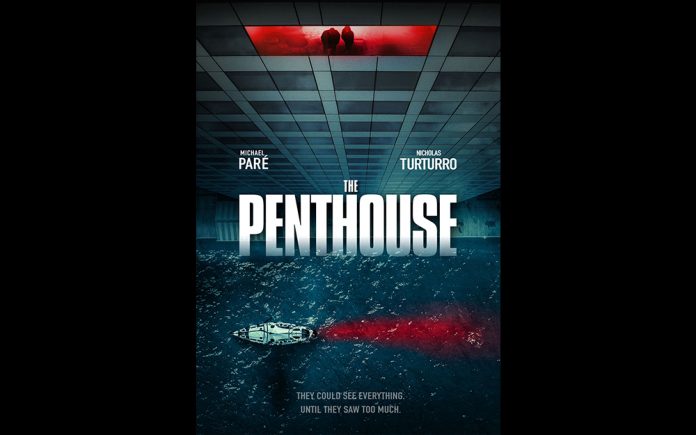 Going on 10 years now, this column has tried to spotlight films that have something to recommend as worthy of trading a couple of hours of your life to enjoy. 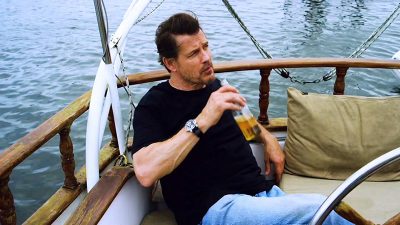 But every now and then, that rare film emerges that is so ineptly crafted that audiences deserve to be warned.  Sadly, The Penthouse is such a film.  For the record: Caveat Emptor is this reviewer’s quote.

If you have a different opinion, or any questions or comments I’d love to hear from you.   What’s most baffling, is how (and why) this film got funded and eventually distributed by Lionsgate.

Shot and set in sunny Carolina Beach, North Carolina, this lame attempt at an American noirish thriller is presumably about an attempt to cover up a crime that the perpetrator assumes was witnessed by neighbors Peter and Amanda who live in a newly purchased dream condo that overlooks the marina where the bloody crime apparently occurred on a yacht parked in the docks far below. 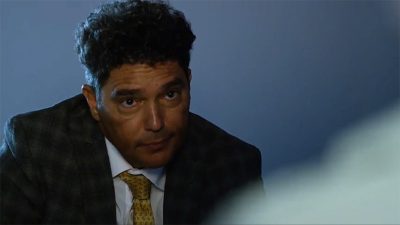 The penthouse witnesses lives are turned upside down when the main suspect attempts to hide his secret.  Or is there something else motivating him?

Director Messimiliano Cerchi and screenwriter David Schifter have created a drama in which nothing much actually happens.  The dialogue is as weak as the directing and acting.

There’s a saying in “Hollywood” that no one sets out to make a bad movie, but the laughably amateurish film may be the exception to that rule.  Lionsgate.  DVD.