“There’s something about the soul of a song that you can’t control/It might want to kill you tonight it might want to be your friend, and if it’s a dream it might come true in the end.”

That’s Son Of the Velvet Rat, breaking down the mysterious art of songwriting on the track “Copper Hill” from their newest album, Dorado.

Georg Altziebler picked up the guitar at an early age. Growing up in Austria, he absorbed a plethora of music styles. Equally captivated by the dark chansons of Jaques Brel and George Brassens as he was energized by ‘60s Garage Rock and ‘70s Punk. Another major influence was Dead Moon. An Indie band from Portland, Oregon, that flew under the radar from 1987 until 2004. Their sound, a brooding combo-platter of Country and Punk.

Georg honed his chops in bands like Pure Laine and Bloom 05, it was around this time that he crossed paths with artist Heike Binder and the two connected and began a relationship. In 2003 he struck out on his own, musically speaking. Making records under the sobriquet Son Of the Velvet Rat, Georg hoped the name would be both memorable and mysterious, defying expectations.

Initially, he teamed with bassist Albtrecht Klinger and drummer Michael Willmann. Despite having no formal musical training, Heike soon joined them on stage adding accordion and keys, as well as plaintive backing vocals.

Their debut, By My Side arrived in 2003, and for the next decade their output was prodigious. The albums came at a furious clip; Playground and Loss & Love in ’06 and ’07, Animals and Monkey Years in 2009 and ’10, Red Chamber Music and Fire Dancer in 2011 and 2013. In between those two, they slipped in Reaper, a collection of favorite cover songs.

Each effort was critically acclaimed, even artists they admired were singing their praises. Americana Folk-laureate Lucinda Williams caught a Velvet Rat set at the Hotel Café in Los Angeles and raved about their sound to anyone that would listen.

The same year Fire Dancer was released Georg and Heike decided to put down roots in America and settled in Joshua Tree. Like Laurel Canyon in the ‘60s, the high desert town, set on the edge of a National Monument, offers inexpensive rent, as well as isolation and insulation from the crushing sprawl of Los Angeles.

Musicians have sequestered themselves there for half a century. Pioneers like Donovan, Gram Parsons and Eric Burdon were supplanted by Victoria Williams, Mark Olson, Teddy Quinn and Fred Drake. Like Bloomsbury at the turn of the 20th century, or Paris in the Roaring ‘20s, Joshua Tree has become a self-contained community, an enclave for artists and musicians. SOtVR quickly found a home. After a couple of years of touring and woodshedding, Georg and Heike have just released their eighth studio recording, Dorado. 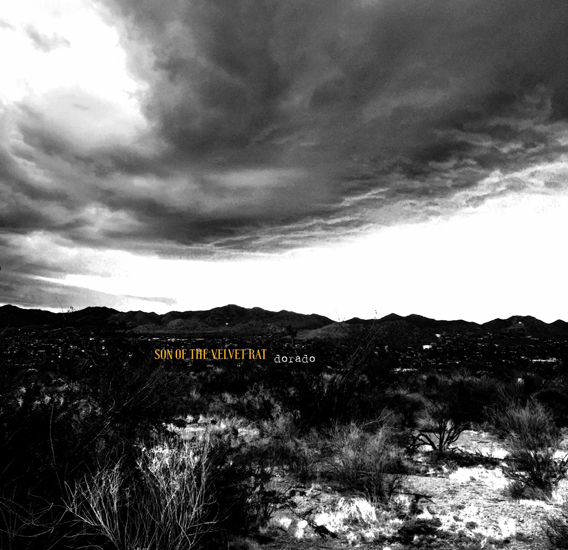 The opening two tracks, “Carry On” and “Copper Hill” set the sepia-tinged tone. Hushed and hesitant, “Carry…” is propelled by brushed, trap-kit percussion, yearning melodica and Georg’s rough-hewn vocals. Churchy organ notes and poignant violin flourishes underscore this restless farewell. Oblique lyrics allude to the end of an era; “Summer’s gone, without a reason, or maybe not, I just don’t know/Tell myself, Fall’s just a season, and not some strange kind of letting go.”

The aforementioned “Copper Hill,” is shrouded in New Orleans-style funeral crepe. A silvery harmonica coils around the meandering melody like smoke from a smoldering cigarette. Taking a cue from Smokey Robinson’s “Tears Of A Clown,” Georg understands the value of smiling in the face of adversity; “You may say I’m a coward, but I think of myself as a clown/ If I make people laugh, maybe they won’t let me down.” His logic is buttressed by woozy horns and stately piano.

There is a novelistic approach to Georg’s songwriting that recalls the cinematic language employed by authors like John Fante, Nathanael West and James M. Cain. (What’s even more impressive is Georg sets his stories to music, and, um, English is his second language). Both “Starlite Motel” and “Tiger Honey” unspool vivid yarns of intrigue and noir.

“Starlite…” hits the ground running, like an action packed B-Movie Thriller. High lonesome harmonica collides with Spaghetti Western guitar and a hell-for-leather backbeat. A few well-turned phrases, “Throw my gun in the dumpster and get out of here, I’m going to slip away, going to disappear,” set the scene. A Hi-Desert homicide forces the song’s protagonist to head to an L.A. hideout.

“Tiger Honey” opens with walking bass lines and sonorous church bells. Layers of piano and prickly pedal steel wash over the shuffling melody. The lyrics sketch a portrait of an archetypal femme-fatale; “She’ll hide in the blind spot of your memory, she’ll dance on the pages of the book you read.”

Three tracks concentrate on seduction and affairs of the heart. “Love’s The Devil’s Foe” employs a sweet and supple melody that’s anchored by a hypnotic guitar figure, wheezy Hammond B3 and a hiccupping rhythm. Love outsmarts evil, simply by co-existing. “Devil don’t you leave we don’t mind you around when we play Adam & Eve/Don’t want to offend you, but I know in the end we’re going to make you believe.”

The propulsive “Blood Red Shoes” features the always welcome backing vocals of Hi-Desert doyenne Victoria Williams. (Which begs the question when will be Victoria finish a new album, it’s been 15 years since her last effort). Sly and seductive, “…Shoes” blends shuddery guitars, a kick-drum beat plangent piano and fluttery trombone fills. Vic nearly steals the show but Georg has the last word with this come-hither couplet: “I got nowhere to go if I can’t be where you are.”

In an album full of wonderful songs, the two stand-out tracks are “Surfer Joe” and “Sweet Angela.” The former is a tribal cha-cha-cha that’s nearly irresistible. Electric guitar riffs are salted into a mix of acoustic arpeggios, rattlesnake-shake percussion and roiling bass lines. Peppery trombone fills gives the song a Crescent City patina, as lyrics offer a cryptic encomium to an enigmatic surfer-shaman.

On the latter, Georg’s tender croon is equal parts woodsmoke and honey, as he glimpses a lost love, or perhaps an old friend while watching a demonstration on the news. “The remote is out of reach, I’m getting weary, my eyes are drifting from the screen/But then I see a pretty face in the commotion, seems like every riot needs a queen.” Guitar and piano lock into a graceful pas de deux, accentuating this wistful tableau.

The album closes with a return trip to Los Angeles on “Franklin Avenue.” Namechecking the major L.A. artery that runs parallel with Sunset and Hollywood Boulevards, this existential Blues is a bit of a pentimento, grafting new images on to existing scenes. It offers a contemplative end to an amazing record.

This record is Son of the Velvet Rat’s most assured effort to date. In the tradition of artists like Bob Dylan and the late Leonard Cohen, lyrics are gruff, dense and poetic. There’s a jigsaw intricacy to the melodies that pivot between shadow and light. Deeper nuances and richer textures are revealed through repeated listening.

From the cobblestones of Vienna to the arid sonic landscapes of Mojave Desert, SOtVR ‘s music seems to soak up their surroundings. Dorado is truly the first great album of 2017.