Musicians and critics all over the world have dubbed Paul Rodgers “The Voice”. He led the bands Bad Company, Free, and The Firm all to international success in addition to creating a successful solo career. He is undeniably one of music’s most distinctive vocalists with some of rock’s greatest hits and he’s bringing his immense talents to The Special Events Center at Fantasy Springs Resort Casino on Saturday, March 25th.

Paul Rodgers first shot up the international radio charts and onto the music scene in 1970 with his rock anthem “All Right Now” with Free. At the time, Free and Led Zeppelin were the biggest grossing British acts. Free released four top five albums and were the leaders of the British blues rock invasion. Their unusual combination of blues, ballads and rock won them worldwide praise and an international following that continues today.

Following the success of Free, Paul Rodgers founded the supergroup Bad Company in 1973, writing and singing smash hits like Grammy-nominated “Feel Like Making Love,” “Can’t Get Enough” and “Shooting Star.” “Bad Company took off,” recalls Rodgers. “When we started our first U.S. tour, the album was number 99 on the charts. Two months later it hit number one.” Bad Company earned six multi- platinum albums and 10 from 6, the group’s greatest hits compilation, remains a top seller.

For his third act, Rodgers teamed up with Led Zeppelin guitarist Jimmy Page in 1984 to form the supergroup The Firm. Both Firm world tours were top grossing tours and their albums The Firm and Mean Business enjoyed international success producing the hits “Radioactive,” “Satisfaction Guaranteed” and “All The King’s Horses.” 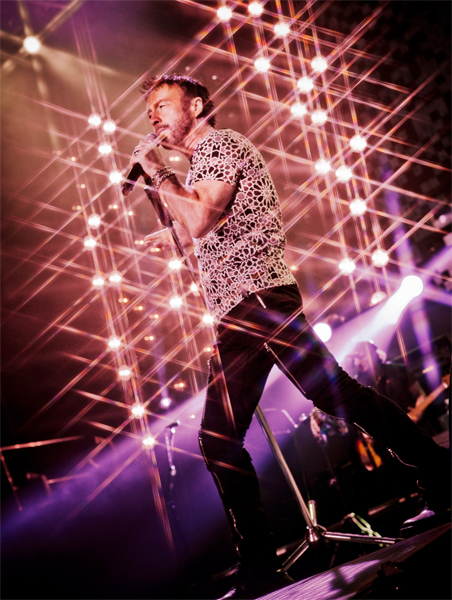 As a Grammy nominated solo artist, Paul Rodgers has worked with Bryan Adams, Bruce Springsteen, Eric Clapton, Jimmy Page, Jeff Beck, Charlie Watts and blues great Buddy Guy to name a few. He’s a tireless musician and entertainer and is looking forward to bringing it all to his fans in the Coachella Valley.