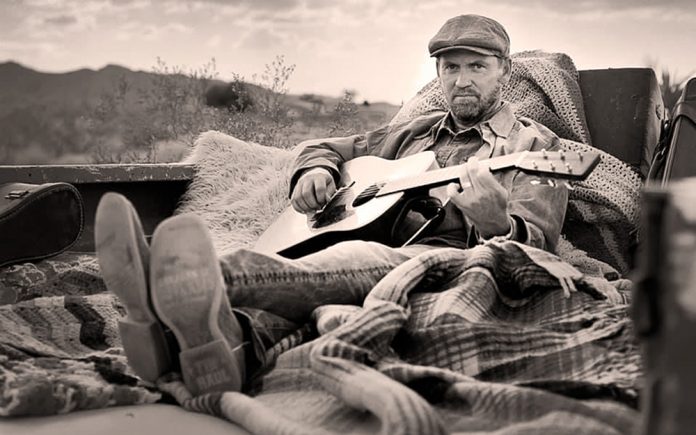 Director, Rich Henrich, was not wrong, but it was 115 degrees in the middle of the desert with little shade and no AC. Shooting the bulk of a music video in the desert sun in one day is…well, come to find out, it’s a lot. Knowing my love for country music, Rich had brought me in to help with the production of a video for new, up and coming, Bluegrass artist, Jimmy Yeary. And like most projects touched by Rich Henrich, it was magical.

As a songwriter with 7 number one country music hits, and several others in the Billboard Top 40, Jimmy Yeary is no rookie to country music. Here is the short list:

In ’94, Jimmy moved to Nashville to pursue a career as a country artist and landed a deal with Atlantic Records and DreamWorks. On the very day his first single was to be officially released, the old regime at Atlantic stepped down, and a new regime came in. As is customary, the new president dropped everybody on the label, including Jimmy.

Jimmy regrouped and fashioned an incredible career in song writing. He also went on to perform with the Lonesome River Band in the 90’s under the direction of Dan Tyminsky, and then went on to take over bluegrass and country star, Marty Raybon’s, position as lead singer for the supergroup, Shenandoah. There, he met rising star, Billy Droze, and passed the lead singing torch to him. Years later, in 2021, he would sign his first Bluegrass recording deal with Billy on his newly founded label, RBR Entertainment. 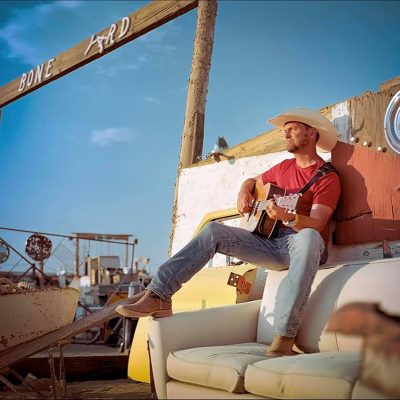 During the recent June video shoot, there were high hopes and a lot of positive projections about Jimmy’s first song release reaching number one. Truth is, however, a new artist in any genre has an ice cube’s chance in the hot Mojave of hitting number one their first time out. It’s not that the talent is not deserving. Most of my favorite songs don’t get enough radio play to make the top ten, much less number one. But you couldn’t tell Jimmy that. Seriously. He forbid it. Director, Rich Henrich, seemed to be drinking the same Kool-Aid. I like Kool-Aid, especially when it’s happy flavored, and I was thirsty, but even from a distance, I could see how many things have to line up to make that happen.  Still, after a long day of working with Jimmy on the video shoot, I really wanted to believe. Here was a solid guy with incredible talent – the full package, equipped with a great sense of humor and an unmatchable work ethic. And the way things started to magically come together, before and during production, it started to feel as though something important was happening. Things began to fall together like magic.

When I was asked to show the directors some potential sites for Jimmy’s video shoot, I wasn’t aware of the title of the song they were shooting the video for, just that they needed a rustic desert setting with an old truck. One of the first properties I thought of was the Hi-Lo Homestead Art Gallery owned by an installation artist for Burning Man (among other projects), Prescott McCarthy. McCarthy has taken a large lot in Landers, California, and turned a literal junk yard into a weirdly wonderful creative space. There, on the back side of the property, was a place for all the leftover McCarthy hadn’t yet turned into art. The sign hoisted above it all says, “The Bone Yard.” It was there where most of the video production took place for Jimmy’s first two singles, “Bone Dry” and what is set to be his second single release, “Angeline.”

“Bone Dry,” co-written with Will Robinson, was the song that was supposed to be released 25 years ago when Jimmy was dropped from his label. On the day we shot the video, “Bone Dry,” had only been out for about three months. The very next week, it shot straight to number one.

I asked Jimmy what it was like to have a song rise to number one so quickly. Did he have any signs of whiplash, nosebleed, or nausea? “Getting to number one so fast was definitely unexpected,” Jimmy said with authentic humility. “But I don’t set out on any venture and expect to fail. I stay positive and look at the best-case scenario, imagine how that would feel, and then take the necessary steps to achieve it. Even the label was honest with me and told me not to be disappointed if it didn’t go to number one. ‘We’ll just keep battling until we get you a number one,’ they said. I had to tell them not to use that kind of language anymore. I don’t want to hear that or say that. This is going to go to number one, I told them.  Whatever steps we have to take, I’ll do it. I’ll call more stations, take more trips and visit radio stations in person if I have to. I’ll do everything I can possibly do, and I’ll do it over and above what most people do to achieve something like a number one. Everything we did paid off. I just didn’t think it would happen that fast. I figured it would certainly take a good while to grow on the radio stations, on the streaming sites, on the Bluegrass Today chart, and the Satellite radio station, Bluegrass Junction, but people really grabbed onto it. It was a shock to all of us, honestly, and to a lot of other artists, labels, and industry people. I’ve been hearing from many of them.” 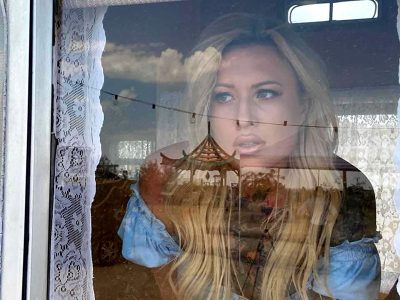 When I asked Jimmy what he thought of the desert heat and the experience of shooting a video in a hat and coat on one of the hottest days of the year. “This truly was one of the neatest experiences I’ve had since… I can’t remember when. Everybody there was amazing. They made it fun and easy. I enjoy being someone else, acting, if you will. And the desert? I love the desert! I love heat. I always have, so the heat didn’t bother me at all. I really enjoyed the wide openness of the desert. To me, it is one of the most beautiful things ever, with the mountains surrounding you off in the distance. Everything about it to me is gorgeous. I enjoyed every second of it.”

The “Bone Dry Video” should be released around July 12th to all the platforms with some strategies in place to make its launch as productive as possible. “Angeline,” a song co-written with Billy Droze, will be released closer to August 1st. The video for “Angeline” will drop shortly after.

Desert resident, Jasmine Nichole, who made her acting debut as Angeline in the video, had good things to say about working on her first video shoot with Jimmy and the crew: “The experience was anxiety ridden at first, but everyone I worked with was beyond accommodating, which made it easier to get comfortable.  Working with this man wasn’t work at all. He opened my mind with transcendently rustic tunes that are still very much stuck in my head. I got so effortlessly lost into his music on set, in a therapeutic and positively spiritual regard, that I simply forgot I was working. He conveyed sincere wholesome professionalism that was wrapped in Tennessee magic! 10/10 would work with this man again. Hands down, I’m a new Jimmy Yearly fan!”

“DIRECTOR’S CUT” (A note from Director, Rich Henrich): Being able to make this video in the desert (high and low) with Emmy Award winning Director, Charles Van Winkle, and Cinematographer, Stefan Colson, was a gift. Mark Tadros (Aziz Farms, Date Harvest Festival, and CV Harvest Box) was a tremendous support for the project. Of course, Lisa Lynn Morgan, was a great Producer to work with as well, capable of pulling off the impossible in record setting heat! This video will be released next week on Bluegrass Today, and we are thrilled to connect Nashville to the talents of Coachella Valley.”

It’s special to introduce someone to the desert and even more incredible knowing the landscape and people inspired more creativity and music. We shot “Angeline” in the record heat of June in Landers, CA. It will be my directorial debut for a music video, and I was blessed to work with a great team. Shout out to our assistant, Nick Prudhomme, for celebrating his birthday in epic fashion! Watch out for Jimmy Yeary’s first bluegrass single “Bone Dry,” a song about a relationship that fades after one too many trips to the proverbial well. Special thanks to Chuck Floyd and Billy Droze at RBR Entertainment in Nashville for trusting our vision and partnering with us on the first of many music videos to come. We look forward to bringing Jimmy Yeary back to perform in the desert this Fall. Stay tuned!