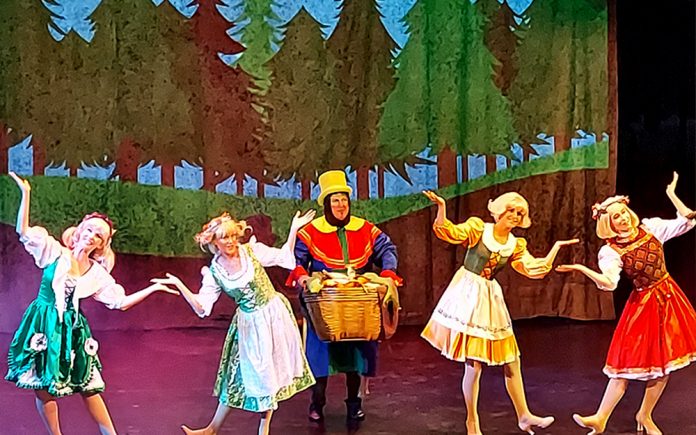 In March 2005, Spamalot, with book and music by Eric Idle, music by Eric Idle and John Du Prez, opened on Broadway to great acclaim! Running through January 2009, with 1,575 performances, it was nominated for 11 Tony Awards, winning 3, (Best Musical, Best Actress (Sara Ramirez,) and Best Director, (Mike Nichols.).  It has toured the U.S. and the U.K. and now, this phenomenal hit is on stage at the Palm Canyon Theatre in Palm Springs. 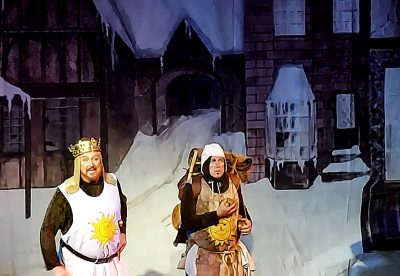 Directed by Dane Whitlock and Choreographed by Se Layne. Spamalot is lovingly ripped off” from the 1975 film “Monty Python and the Holy Grail.” It tells a highly irreverent parody of the Arthurian legend. The kingdom is in anarchy and the Christian Deity has asked Arthur to find a Holy Grail. Arthur sets out on this mission, traveling around England recruiting his Knights of the Round Table, while singing and making merry along the way. The show features dancing girls, flatulent Frenchmen, and a killer rabbit. Throughout the show, Arthur, while traveling with his servant Patsy, recruits several knights to accompany him on his quest to protect Camelot.  On their journey, this colorful cast of characters also encounter the Lady of the Lake, Prince Herbert, Tim the Enchanter, Not Dead Fred, the Black Knight, and the Knights who say Ni.

Monty Python was a British surreal comedy troupe who created the sketch comedy television show, Monty Python’s Flying Circus in 1969. The TV program inspired touring stage shows, films, albums, books and musicals.  Spamalot’s Playwright, Eric Idle, was one of the founding members of the Monty Python troupe. The members were both writers and performers of this unique style of sketch comedy.  Idle, indicated that the title for his musical was derived from the movie in which one of the characters says “I eat ham and jam and Spam a lot.” Truly indicative of this group’s humor. 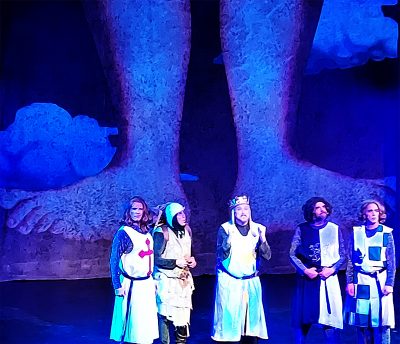