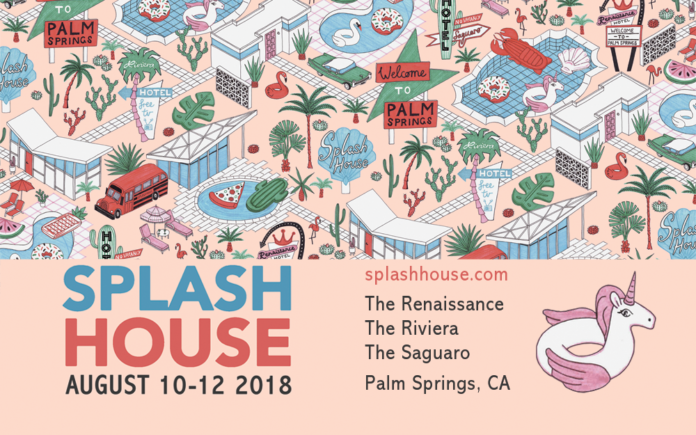 Splash House is back this weekend and ready to cap off your summer with an absolute dream lineup. The sold out two-day music festival will once again take over the resort venues of The Riviera, The Saguaro, and The Renaissance, where party goers can splash around with their favorite tropical house DJs and shuttle from pool to pool.

LA-based DJ Curt Reynolds will be making big waves as he takes the stage at the festival for the first time. In an interview with CV Weekly, Reynolds revealed his excitement for his upcoming Splash House debut. “It’s a true honor and I couldn’t be more stoked,” he stated. “This August is a dream lineup and I’m a fan of every artist billed – I can’t wait to make some magic happen.” Reynolds describes how Splash House’s unique, multi-venue approach makes it feel like “three different festivals in one” and the open-air after party at the Palm Springs Air Museum is “just legendary.” 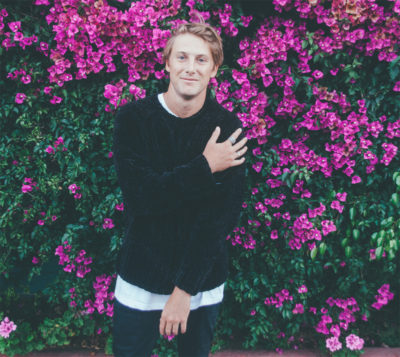 For a young DJ in a competitive music scene, Reynolds has experienced noteworthy success in the music mecca of Los Angeles and beyond. The 26-year-old protégé has an impressive musical resume, with performances at international festivals and clubs including Lollapalooza, SnowGlobe, Bestival Bali, ME Cabo, Sound Nightclub, Guam with Steve Aoki, and more. He attributes his inspiration to “friends and those close to [him].”

The San Diego native shares how he was introduced into music at a young age: “I had a very musical upbringing and always had a passion for playing and discovering new material.” Ironically, his passion and talent for DJing was actually discovered through a stroke of luck. He recalls, “I had a short stint as a bar-back right out of college and I had the opportunity to take over as the resident DJ where I was working.” He continued, “It’s been nothing but a positive climb ever since!” Reynolds says his motto has always been: “You don’t ask, you don’t get.”

As a past Splash House patron, Reynolds vividly remembers receiving the invitation from Goldenvoice to return to the festival as an artist. “I was ecstatic and got even more excited when I saw how hard they crushed with the lineup,” he smiled. Reynolds will share the Splash House spotlight with big EDM names including Gorgon City, Gryffin, and Louis The Child. This year, the promising young DJ is looking forward to seeing several of his music icons: The Black Madonna, Latmun b2b Detlef, MK, and Kyle Watson, to name a few. As for his set behind the stage, Reynolds says he has some “special surprises in store” and hopes to give festivalgoers “the happiest and best experience of the whole weekend while having a ton of fun in the heat.”

His advice to fans? “Stay hydrated!”

Gear up for Reynolds’ poolside set this weekend by listening to his mixes on his website: www.curtreynolds.com.  For complete line-up information and set times, visit the official Splash House website: www.splashhouse.com. If you missed your chance for tickets to the sold-out festival, don’t worry – After Hours tickets are still available!

(**After Hours at the Air Museum)