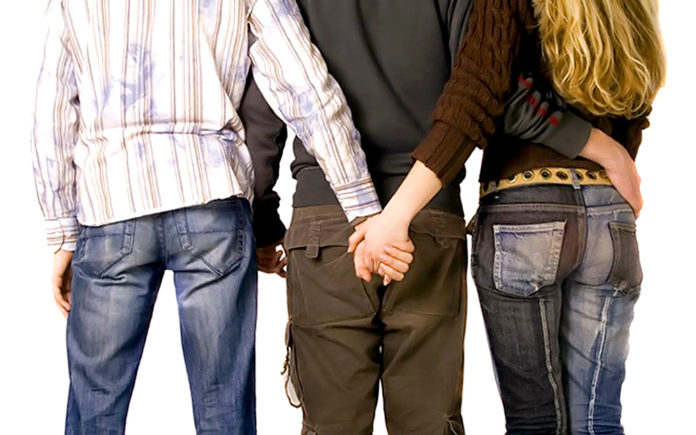 There are approximately 60 million married couples in the United States.  Over the course of a year, 2.2 million couples marry while 850,000 divorce.

Most of us think of Valentine’s Day as a holiday of couples.  That said, many married couples consider Valentine’s Day to be a celebration for rookies.  Why pay extra money to recognize the one you love on a day that seems to be more about commercialism than love?

Welcome Friday, January 26th – National Spouses Day.  I’m not sure who created this day to acknowledge your spouse but putting it between Christmas and Valentine’s Day seems like a recipe for failure…like many marriages.

The divorce rate for first marriages is 50%.  This increases to 61% with second marriages and 72% for third marriages.  The states with the highest levels of divorces are Oklahoma, Arkansas and Alaska.

National Spouses Day was created in response to National Military Spouses Day which is celebrated on the Friday before Mother’s Day.  Having a spousal celebration just before a mothering celebration makes sense.

Two months after Valentine’s Day on April 14th is National Ex-Spouses Day.  Ex-Spouses Day is the brainchild of Reverend Ronald Coleman in Kansas City.  My guess is that you commemorate this day with paper…typically drafted by a family law attorney.

A week after Ex-Spouses Day is National Husband’s Day which seems oddly quick.  The better timed National Wives’ Day is the third Sunday in September.

The newest of the holidays for couples started quietly on June 30, 2016 and is called National Adultery Day.  You can guess how people celebrate.

Fifteen countries including Iran and Somalia recognize adultery with stonings while Pakistan has a maximum penalty of death.  Under Muslim law in Saudi Arabia, the only way to convict on an adultery charge is to have at least four witnesses to the actual act of intercourse.  I’m thinking that this law puts a real kibosh on swinger parties for Saudis.

India has a curious way of defining adultery – if the man in the adulterous relationship has not received permission from the women’s husband, adultery is illegal with punishment of up to five years in jail.

Here in the United States, twenty-one states have laws punishing adultery.  Adultery is a Class B misdemeanor in New York while it is a Class 1 felony in Wisconsin.  In Michigan, someone can be sentenced to as much as four years in jail.  In South Carolina, an adulterer cannot receive alimony.

In a bizarre and arcane law, Florida only decriminalized cohabitation between unmarried people in 2016!

Getting back to National Spouse’s Day, the US Census found that first marriages are occurring later in life than ever before.  The average man now gets married for the first time at thirty years of age while a woman gets married two years earlier at twenty-eight.  Both ages are significantly higher than 1955 when men would marry at 23 and women at 20.

Of the 133.5 million adult-aged women in the United States, 51.5% are married while 54% of the 125.7 million men are married.  African Americans have the lowest marriage levels with 39% of black men and 32% of black women married.

Haddon Libby is the founder and Managing Partner of Winslow Drake Investment Management.  Haddon can be reached at 760.449.6349 or HLibby@WinslowDrake.com.  For more information, please visit www.WinslowDrake.com.