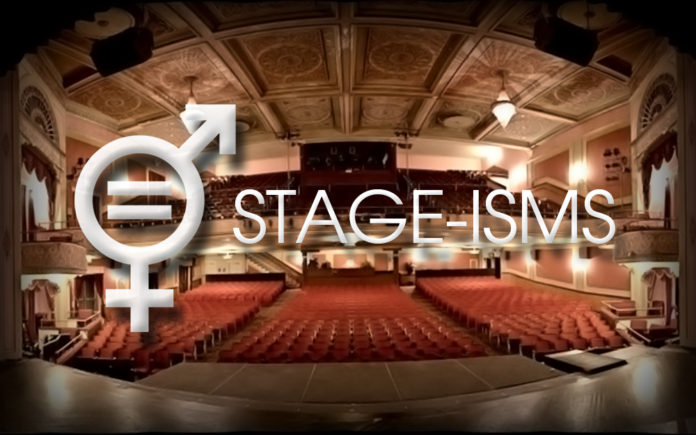 In 2017, two internationally known Pulitzer Prize winning playwrights, finally made it to Broadway.  Both writers had already won just about every conceivable award for their writing, their work had been staged around the world and they had even taught other dramatists at Ivy league schools.  But the bright lights of Broadway had eluded Paula Vogal and Lynn Nottage.  In addition, they were the only female playwrights to make it to Broadway in 2017.

The inconceivable idea that these two acclaimed playwrights had just made their Broadway debuts brings to light the uncomfortable reality of American Theatre.  The ‘isms’, i.e. sexism, racism. We suffer a bad case of stage-isms in our culture.  Male playwrights write eighty percent of all shows that get produced in theatres across America, although an equal balance of submissions are available from men and women.

2015’s tally of regional, non-Broadway theatre productions by playwrights’ gender and race stated that in the last three seasons, nearly 63% of the 2,508 productions mounted across America were written by white men — close to three times the rate for female playwrights of all races (22%). Broken down further, the 1,486 writers who penned those productions consisted of 16.5% white women and a cringe worthy small 3.8% women of color.

I’m a stats person because numbers rarely lie.  Bringing these dismal realities to light is not for the purpose of beating up white male playwrights, it’s intent is to shed light on the serious inequities that exist in the performing arts. (There is little doubt that similar numbers hold true in film and television, as well.)

In looking at the desert’s upcoming seasons across the spectrum of our wide range of theatres, it’s apparent that the Coachella Valley will be offering some amazing shows in the upcoming season.  I have often praised the productions, the scripts and the performers who put their time and talents into bringing incredible theatre to the Coachella Valley.  But it’s true that even here in our own oasis in the desert, we often fall short of gender or racial equity when it comes to writers, directors and theatre professionals who produce the work we enjoy. And the national statistics seem to hold true even in our progressive area.  Eighty percent of the shows appear to be written and directed by men, though I can’t determine the racial makeup for the group. 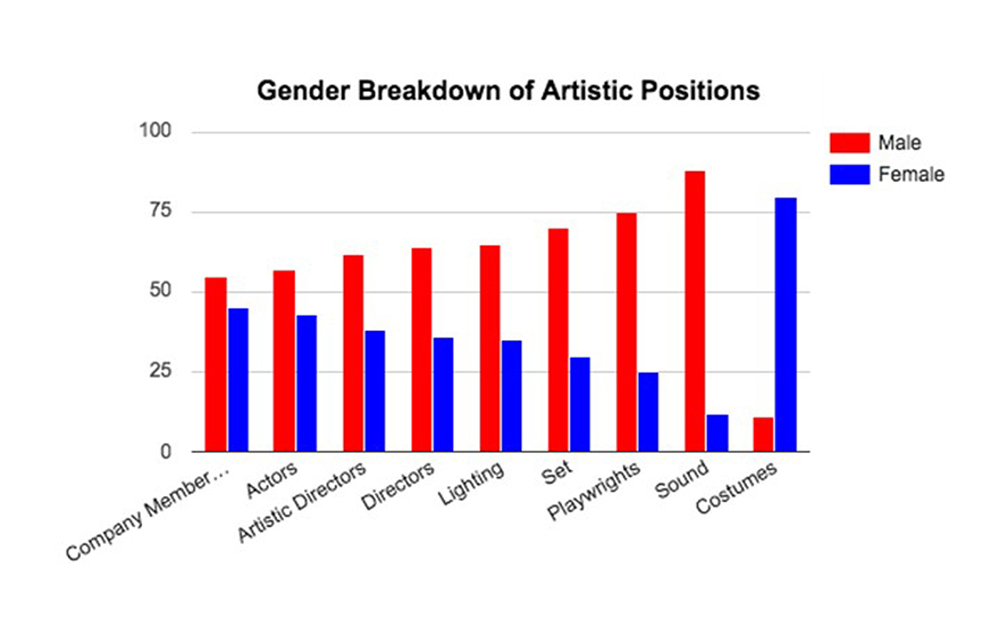 We’ve often heard that history is written by the victors and therefore guaranteeing a slant on the perspective.  This holds true with any story that is told.  Men may write wonderful female characters.  White writers may present positive people of color.  But if eighty percent of what we read and watch about women and people of color is from a white male perspective, the stories are going to be skewed.

Pulitzer Prize winning playwright Marsha Norman said that, “This 20% number is the real ceiling we are fighting in our lives and in our careers today. So what do we miss if we do not hear the voices of women? Half of life, that’s what. It would be like ignoring the stories of everything that happens in the night. Or the day. Women have lived half of the experience of the world, but only 20% of it is reported in the theatres. … What we want is 50% of the airtime, 50% of the walls of the museum, 50% of the stage time in theatres and on the movie screens.

We want life in the arts to represent life as it is lived in the world. We want to hear the whole human chorus, not just the tenors, basses and baritones.”

It’s not enough to acknowledge that theatre has a problem and that it’s most often  an unintentional bias.  Nationally women comprise 63 percent of theatre audiences.  Shows written by women have proven to be as financially successful as their male counterparts.  It’s going to require a concerted effort by theatre professionals both locally and nationally in order to present the whole human chorus.