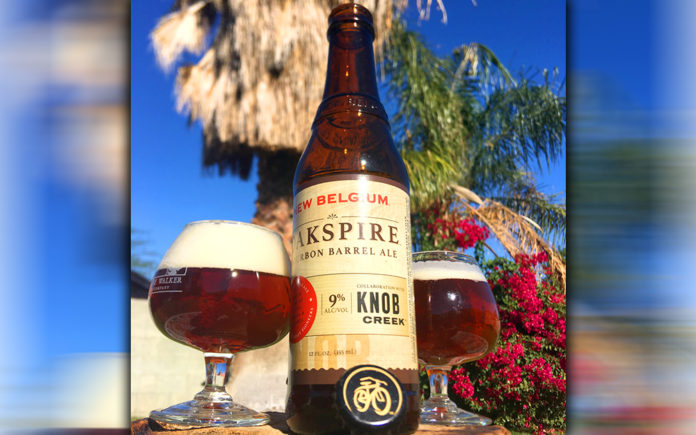 You know what’s really annoying? When people use jargon to speak above your head. It’s a weird power play, as if to show you they’re better than you by using industry terms most normal people wouldn’t know. It’s almost as obnoxious as when craft beer lovers pretend that the first beer they loved wasn’t Coors Light. It’s a weird flex bro, but ok. Cuz If not for Miller Light, I wouldn’t have given beer a chance. When I finally stepped up to fuller flavored beer, it was an amber ale called Fat Tire, created by a Fort Collins, CO company called New Belgium Brewing Co, and their now ubiquitous flagship ale was the first craft beer I ever had. New Belgium now has large portfolio of craft beer, and the newest edition is a barrel aged strong ale called Oakspire. I’m finna drink me some Oakspire today.

American Strong Ale is a beer category with a very wide net. It’s kind of a catchall genre, with the only real parameter being that the beer should be, ready for it? …STRONG. 7% or higher ABV is pretty much the defining factor of a strong ale, that and its inability to be classified as something as simple as an IPA or barleywine. See, a strong ale can taste like anything from a Belgian Dubbel, to a super strong amber ale, to a less hoppy double IPA. If it’s got assertive hop character and some alcohol strength to it, but doesn’t quite fit the parameters of any classic beer style, you can just call it an American Strong Ale and no one will question your decision. Wouldn’t it awesome if life worked that way across the board? Actually, it’d be pure chaos. But we can always dream, right? 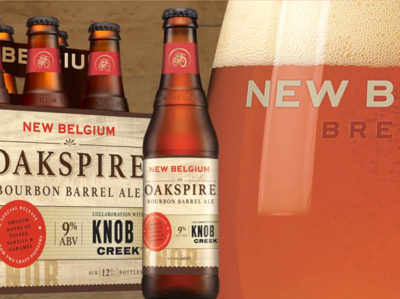 By the 2015 BJCP (Beer Judge Certification Program) guidelines, the overall impression is “A strong, full-flavored American ale that challenges and rewards the palate with full malty and hoppy flavors and substantial bitterness. The flavors are bold but contemporary, and are stronger and richer than average-strength pale ale and amber American ales”. On top of being a strong ale, New Belgium’s Oakspire is a wood aged ale. Wood aging is usually accomplished in one of two ways; you put the beer in a wood barrel, or you put pieces from a wood barrel (staves or spirals) into the beer. Using barrels that have previously stored spirits will add alcohol character to a beer, and that’s just how you point to flavor town as far as I’m concerned. Bourbon barrels in particular will add all these beautiful notes of vanilla, caramel, toffee, toast, and of course, wood character to a beer.

New Belgium Brewing’s Oakspire says BOURBON BARREL ALE on the label, but it’s actual categorization is a specialty wood-aged American strong ale. Oak spirals were steeped in Knob Creek Bourbon and then added to the beer, along with “char from inside the barrel” however that’s accomplished (weird flexin’ again by New Belgium, but ok). Strong Ales are usually amber in color, but I wasted no time in popping this cap to find out.

Lots of toffee and caramel immediately, followed by an herbal hop character. Floral, spicy, and woody aromas from the hops. Dried fruit and dark rum-like notes finish the bouquet. 4/5

Taste follows the nose completely on this one. Some hop bitterness up front, but soft and rounded the way Fuggles or Willamette hops flavor a beer. Prevalent hoppiness; not in a dry hopped way, but there was definitely a huge charge of hops added to the boil kettle at whirlpool. There’s a lot of barrel character in the flavor, distinctly bourbon with all the toasted sugar and charred oak notes that accompany. There’s just a touch of whiskey-burn at the end but is still very smooth for a 9% ABV beer. 4.5/5

Full bodied and silky on the tongue, the carbonation feels slightly low, which helps to accentuate the complexity of the flavors. Sits nicely without being cloying or thick. 4.25/5

A wonderful marriage of biscuit and caramel malt flavors, herbal hop bitterness, and whiskey oak character. With the smoky sweetness and bourbon tones, this beer gives the impression of a whiskey drink more than just a beer made with booze flavored wood. Exceptionally crafted and highly recommended! 4.1/5