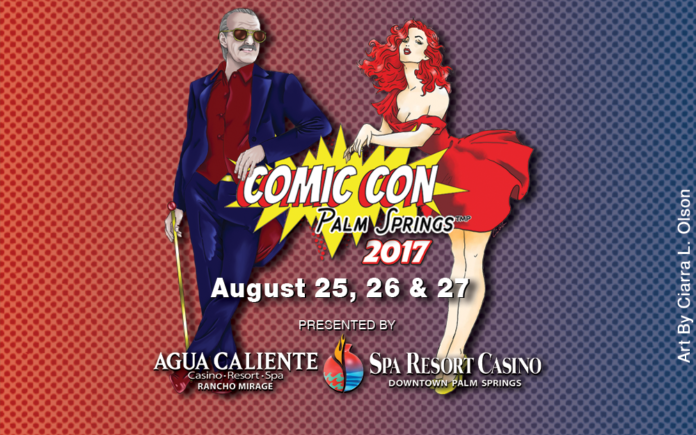 The long-anticipated second annual Comic Con Palm Springs is happening this weekend, August 25-27. Last year, the event was a success and attracted over 15,000 people and founder Chris Spellman is confident that this year will be even more successful. “It is coming together great. It feels magical in a way as far as the diversity in attractions. I am actually looking forward to seeing how all the events do…especially the new ones as far as how the fans respond,” he says. “Attendees should expect a lot of new stuff that they haven’t seen yet.” Spellman is looking forward to the event himself, saying, “I feel like I’m going to be everywhere but most importantly I really want to be Hands-On with a lot of the creative fun things happening.”

The biggest draw of the weekend is probably the attendance of Stan Lee, who will be signing autographs and taking photos on the convention floor. “He loves the event. He thought it was the best first year… Comic Con he ever had been to… he actually said that. He told the crowd that when he did one of his panels,” Spellman says. Not only will Stan Lee himself be there, but according to Spellman, this is going to be “the only convention on the west coast to have the Stan Lee museum,” which is a massive display of Stan Lee memorabilia and iconic contributions like collectible editions of his comics.

Spellman indicates that Stan Lee’s team is integral to the event, saying, “They are bringing the biggest names in the comic book arena, so we just booked a huge person to the industry.” Among these prominent names is J. Scott Campbell, best known for his work on the cover art of The Amazing Spider Man. He has also worked as a writer and artist for many other series. They were also able to book Khary Peyton from The Walking Dead; Rob Liefeld, a comic creator who gained notability for his work on Marvel’s Deadpool; and Humberto Ramos, a comic creator and artist known for his work on The Spectacular Spiderman and The Amazing Spiderman and his comic series Crimson. In addition, Palm Springs local Lindsay Wagner, who played the lead character in Bionic Woman from 1976-1978, will be in attendance. 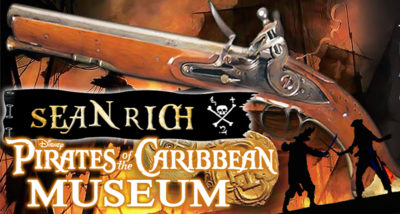 Another feature that’s expected to be a big draw is Sean Rich’s Weaponry of Pirates of the Caribbean display. Sean Rich is also known for being the weapons expert on the TV show Pawn Stars. Other events include the Geekfest Film Fest, which will be showing science fiction, fantasy, fan films and other genres by an international array of filmmakers at the Comic Con; Twisted Toons, in which many of the featured guests will read the script of Back to the Future in their pop culture personas; the CCPS Symphony Pop Live, which will display scenes from recognizable pop culture favorites while an orchestra plays the theme music; a Zombie Burlesque Show; Pop up Zombie Café; and a Zombie walk. There will also be an after party on both Friday and Saturday night. “BB’s going to produce the one on Friday and there’s going to be another one on Saturday with live bands and DJ’s… some of the talent will come and hang out,” Spellman says.

The Zombie Walk is a notable event, put on by AZ Corpse Crew, led by Michael Aguirre. Aguirre’s team organizes Zombie Walks for many events like Comic Con Palm Springs where attendees are able to dress up and act like zombies. “It’s a gathering of people that enjoy the horror realm… they like the walking dead, shows like Z Nation. It’s a chance for [them] to go do something that they normally don’t get to do,” Aguirre says. “It’s a gathering of friends. We do a walk that starts at one location… like a parade. There’s a route that we travel at a set time on a set date and that’s what we do.” The Zombie walk will end at the Hard Rock Hotel for an after party and a poolside screening of Return of the Living Dead. 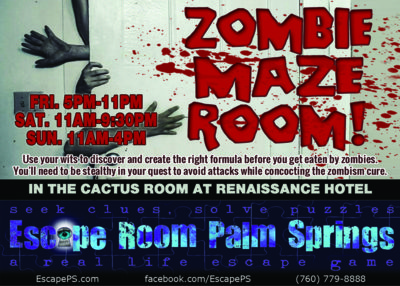 Comic Con Palm Springs has once again partnered with Escape Room Palm Springs to include a Zombie Maze Room, in which attendees have to solve puzzles and evade zombies on a mission to cure zombie-ism. According to Spellman, the event was so popular last year that there was an hour wait to participate, at times.

There have also been concerts added to the event including a musical performance by original Wonder Woman actress Lynda Carter, who has never before participated in a Comic Con. There will be musical performances by Chester Rushing, who appeared in Stranger Things and Logan; Troy Baker, a voice actor from The Last of Us and Far Cry 4; and Tom Kenny and the Hi-Seas. Tom Kenny is best known for voicing the character SpongeBob SquarePants.

Christopher Spellman believes that the event can have a positive impact on the local economy and talks about efforts he is making to form partnerships with local business and organizations and how he thinks they will be affected. One organization that Comic Con Palm Springs is in partnership with is Boo2Bullying, an organization that “provides outreach, education, mentoring, inspiration and support for youth and their families,” according to their website, and Spellman hopes that his event can help raise awareness for the issues that it addresses. Another nonprofit that Spellman is proud to be working with is Desert Arc a Palm Desert based non-profit organization that provides “opportunities for people with disabilities.” They provide services such as assisted living and vocational training. Comic Con Palm Springs is also in partnership with The Boys and Girls Club, Blaze Pizza and the Palm Springs International Animation Festival. A film from the festival will be airing at the event.

The event was founded and produced by Christopher Spellman, who has been working in the entertainment industry for 18 years, with eight of those years being in the comic industry, and is promoted by BB Ingle. Tickets can be purchased on the website, comicconpalmsprings.com. Three day general admission is $60 in advance and $70 at the door. Three day VIP admission is $125 in advance and $135 at the door. One day entry is available starting at $35 in advance and tickets for all active military, police, fire, and EMT personnel are discounted. 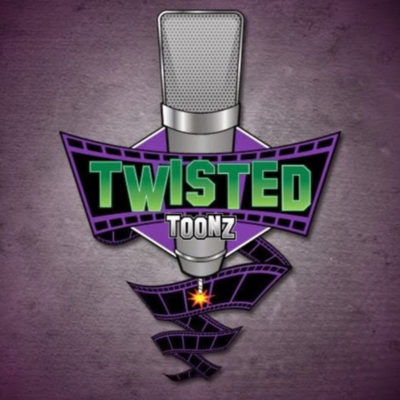