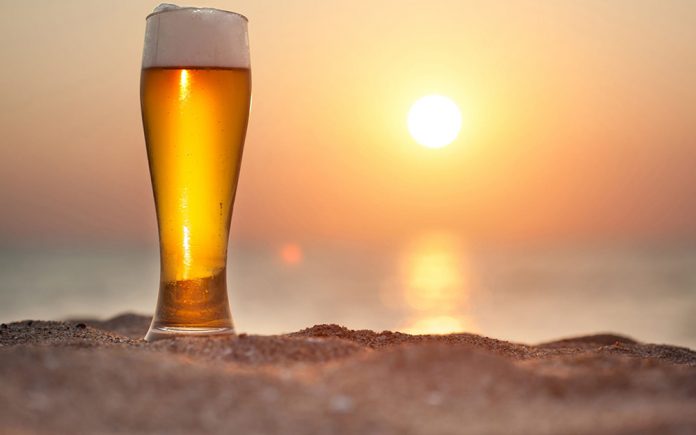 On the heels of a seemingly endless string of wind advisories, Summer has made its entrance to the valley. Summer is relatively unheralded here, more of a season to put up with as opposed to being a reason for celebration. The turning of calendar pages also signifies a seasonal change in the beer world as alcohol-laden stouts go into hibernation, replaced by lighter, crisper options.

The timing is excellent as well, with the lightening of Covid regulations by the Federal and State governments allowing restaurants and bars to open with inside seating just as the mercury tops the triple-digit mark. Combine all of the above with a lowering of the collective tension which has kept Coachella Valley residents from socializing and we have the perfect reason to celebrate with a beer.

The addition of increased patio space and boulevard-side tables by desert eateries seemed at times eerily like the many of the pop-up experiences in Belgium and the Netherlands. It’s my hope that following the blistering summer temperatures these outdoor options are allowed to remain.

A recent tasting event reminded me of why summer beers are necessary, both in terms of refreshment and attitude adjustment. Think of how simply the wine world splits their craft into two completely different categories…Red and White. Red wines, with their full bouquet and big, rich flavors are meant to be savored at warmish temperatures. White wines, on the other hand, are served much cooler; and who doesn’t find a nice Chardonnay or Zinfandel to be a refreshing change on a hot summer night?

Like the wine world, beer splits its organizational chart with two categories as well; Ales and Lagers. Broadly stated, most ales taste better while approaching cellar temperature (55°F) while lagers are meant to be served cold enough to turn the thermal-printed mountains on the can Periwinkle blue. The brewing process for both is the same on the hot side of the brewery as the brewer prepares his sugar-laden recipe for yeast to go to work during fermentation. The similarities, however, stop right there.

Ale yeast works at a relatively high temperature, generally around the 70°F mark…give or take a handful of degrees. The fermentation process is relatively quick as well, with the yeast polishing off the bulk of the sugar in ten days or less. The result of this process is lots of interesting aromas, from fruity banana and clove to that of stone fruits. Ales fall into the sip and savor category, not unlike Red Wines.

Lager yeast, on the other hand, works much more slowly and at lower temperatures as well, generally anywhere between 38°F all the way up to 58°F. The resulting fermentation is much cleaner, resulting in an almost neutral flavor profile when compared to its faster-working ale counterpart. The duration of the fermentation process is more than doubled, with some slow-working strains taking up to four weeks in duration. Even after that month, however, the beer still needs additional conditioning time in order to round out the flavor profile. The word Lager is German and quite literally means ‘to store’. With almost two months of tank time, these beers require much patience and a lot of brewing capacity.

With their clean, easygoing demeanor, lager beers are the easy Summer choice. Moving down one sub-category, Pilsners are one form of lager and in my opinion, the perfect choice for a Summer beer to chase away desert heatstroke. The original example is Pilsner Urquell, which debuted in 1842 in the Czech Republic city of…wait for it…Pilsen. With its burnished golden body, capped with a stark-white collar of foam, she is a sight to behold. 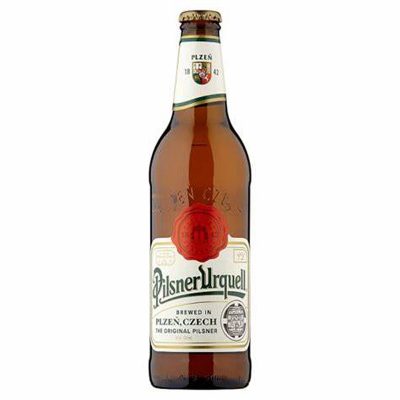 But Urquell doesn’t just look pretty, it checks all the boxes for a perfect Summer beer. It’s naturally carbonated, thus imparting a crispness unmatched by many American brewers. The nose is perfectly balanced between light European malted barley and decidedly rich Saaz hops grown in the same Czech region. Saaz is one of the original, Old-World hops…often referred to in the business as one of the four Noble Hops.

The taste will tease with just the slightest hint of caramel before the pleasing, slightly bitter hops take over, thereby leading to a crisp, clean finish. An added bonus is that this beer clocks in at a relatively light 4.4% ABV (alcohol by volume), a nice number allowing you to have more than one before questioning your ability to operate heavy machinery.

Pilsners have a few sub-categories, and Pilsner Urquell falls into the Bohemian Pilsner fold. Fondly referred to as Bo-Pils by brewers, they tend to be a little more bitter than their counterparts, a feature I find attractive. Another sub-category is German Pilsner, which is much more balanced than its Czech counterpart. German brewers have perfected the art of balancing their malty sweetness perfectly with a blend of Old-World hops and the resulting beer is easily consumed in elevated quantities with a flavor which pairs perfectly with German cuisine. 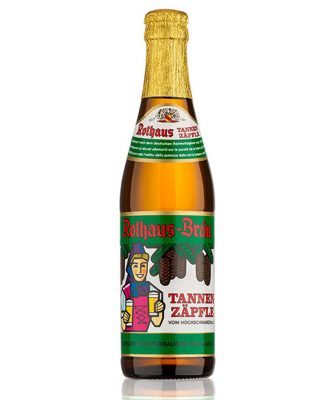 My personal favorite of this style is Rothaus Pils from the southern Black Forest region of Germany. With roots which extend back to 1340, the current incarnation was incorporated in 1791. Its official Germanic name, Tannen Zäpfle, literally translates as, “Little Fir Cone”, a nod to the locally grown Tettnang and Hallertau hops used in its production.

Rothaus claims to be the only German export Pilsner that makes it to our star-spangled shores unpasteurized, thereby retaining all of the subtle nuances lost when beer is heated in order to completely stop yeast in its tracks. Heck, even all the European kegs sent to us across the pond are pasteurized…so in forgoing this step, Rothaus is already kilometers ahead of the competition in terms of flavor. It’s crisp, clean, and eminently crushable.

While you will find Pilsner Urquell in stores across the Coachella Valley, I urge you to buy twelve packs for their inherent ability to stop the beer from being light-struck, and therefore skunky. If purchasing a six pack, ask your Retailer if you might obtain one from an unopened case. If said Retailer understands anything about beer, all you will get is what you requested as well as a knowing nod of approval. Rothaus is a little tougher to find as they seem to be in between distribution partners at press time. Generally, my go-to is Total Wine and More! In Palm Desert and if it happens to be on the shelves, I will stock up heartily. With the arrival of Summer, we can certainly all raise a toast to an ice-cold Pilsner, no matter where the origin!