If I were to write a colorful tale of a boisterous yet tender hearted gypsy who traveled the world singing fantastic tales about adventures with famous pirates, vampires, champion sword wielders and muses, it would probably capture more accurately the essence of the true-life adventures of Terry Reid, aka Super Lungs. There is plenty of press coverage on the man starting as early as age 15 when he was the opening act for the Rolling Stones, touring with them for two years during the “British Invasion.” More recently was the article published by the Washington Post, telling the world about a collection of precious guitars that Reid was unable to get out of hock, immediately followed by details of Reid working out a guitar part in Johnny Depp’s kitchen for a song to be recorded with Aerosmith’s Joe Perry.

The published biographies, articles and written accounts of Reid’s vital part in bringing the world renowned band Led Zeppelin together with legendary singer, Robert Plant, are fairly accurate, but not nearly as incredible as the whole truth. As one who has tried to capture the essence of this chromatic soul and his life’s work in more than one article, I promise you this; you will probably never come face to face with another human form full of more historical, firsthand, music experience earned during an era music will never see again and will forever long for. If you do, you will not likely find one that is willing to talk to you and treat you as a friend, ever so gracious for your interest in his stories and music. 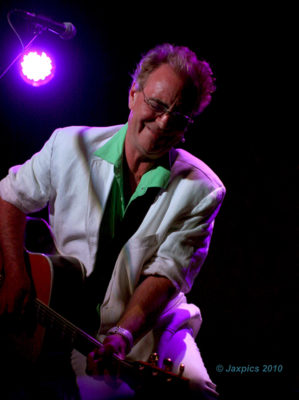 The first time I heard Reid play live was at a rehearsal for a show for which I was beyond thrilled to participate in as backing vocalist. He was friendly, light hearted and jovial, seemingly unaware of the scent of legend that surrounded him. He set the entire room at ease, as he usually does. Introductions fell into questions about my personal experience, followed by an unexpected, authentically gracious appreciation for it. With his kind compliments regarding my voice, Super Lungs breathed confidence into my feelings of inadequacy, ultimately bringing out the best I had to offer during our rehearsal and ultimate show. Banter gently folded into his firsthand accounts with music legends, told quite matter-of-factly, always punctuated with a hearty laugh. Years later, it still astonishes me how he always tells these stories from the perspective of a humble admirer. He’s not name dropping; he is simply sharing fond memories from a seemingly unending supply of a life with his friends and heroes.

Then it happened; he sat down on the sofa, picked up his guitar, held it like an old friend and began to play. It was riveting. It didn’t matter that this was just a rehearsal; he was in love and he was all in, and the simplest of chord changes reflected the depth of it. Every run through each song was delivered tirelessly, without restraint. From the soul melting depth of sound that came from the man and his acoustic guitar in the most casual of settings, it was clear; Terry Reid had likely never phoned in a rehearsal much less a performance for a paying audience, and he never would.

A fantastic cast of characters has regularly surrounded Reid, some appointed while others just show up spontaneously. I don’t expect that to be any different at the world-renowned Pappy and Harriet’s stage. Saturday, July 22, Pappy and Harriet’s will present this troubadour with a stellar coalition of players. I urge you to be there. You cannot soak up the gems Reid can offer through written or recorded accounts, nor can you predict what will pour out of his incredibly tenured band.

Scheduled to join Reid on drums will be none other than Dan Lanois. Lanois has released several albums of his own work, but is best known for producing albums for Bob Dylan, Neil Young, Peter Gabriel, Emmylou Harris, Willie Nelson, Brandon Flowers and others. Lanois also collaborated with Brian Eno producing several albums for U2, including the multi-platinum The Joshua Tree and Achtung Baby. Three albums produced or co-produced by Lanois have won a Grammy Award for Album of the Year. Four other albums received Grammy nominations. Lanois also wrote and performed the music for Billy Bob Thornton’s film Sling Blade (1996).

Jim Wilson will join Reid on guitar. Wilson is the founding member of the blues rock trio Mother Superior, a band has worked with Lemmy, Queens of the Stone Age, Alice Cooper, Meat Loaf, Emmylou Harris, Anthrax, Wayne Kramer, George Clinton, and Iggy Pop. They also became 3/4 of the Rollins Band. Wilson has recorded and appeared often with Daniel Lanois over the years.

Grammy award winning songwriter, Rob Davis will top off the phenomenal group on bass and guitar. The London born musician was a guitar playing member of the 1970s glam rock band Mud who achieved the biggest selling number one record of 1974 in the United Kingdom, with their song “Tiger Feet”. Davis later achieved commercial success as a songwriter, most notably with the songs “Groovejet (If This Ain’t Love)” for Spiller, “I Need a Miracle” for artist Coco Star, and “Can’t Get You Out of My Head” for Kylie Minogue in 2001, the latter of which received an Ivor Novello Award. In 2004, Davis earned a Grammy with co-producer Philip Larsen and Minogue, for the single “Come into My World.” Davis has also worked with Grammy Award winning artist, Lauryn Hill.

Tickets to this show do not guarantee a seat. This is a non-seated show with no chairs on the dance floor, only tables reserved for diners. Dinner reservations will be first come, first serve, so be sure to get there early. Go to www.pappyandharriets.com for more information or call (760) 365-5956.