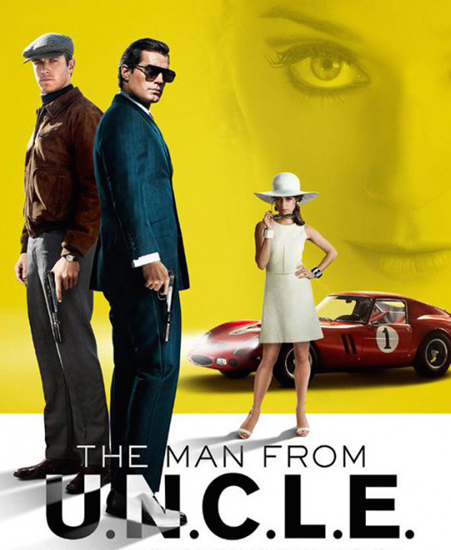 Hard to believe the original NBC series aired 50 years ago! With Guy Ritchie at the helm, the much-anticipated reboot is in good hands. You can be forgiven if at first the movie reminds of the latest MISSION IMPOSSIBLE; i.e., a secret organization must be stopped if the world is to be saved. However, the movie soon takes its own tack.

I must confess I had a brief thought when our two heroes first get together: Superman (Henry Cavill) and the Lone Ranger (Armie Hammer) on a mission! But I soon let go of that amusing (to me) notion and settled into the lively, stylish comedy adventure.

I really liked the 60’s vibe of cold-war intrigue. The main story has CIA agent Napoleon Solo (Cavill) and KGB operative Illya Kuryakin (Hammer) putting aside long simmering differences to join forces to bring down a mysterious criminal organization who is so far successfully destabilizing the global balance of power with nuclear threats and new technology. The two former antagonists track a missing German scientist’s stunningly beautiful daughter who is the key to infiltrating the organization. In a terrific race against time, (what else?), the duo must find the German scientist who alone can stop a global catastrophe.

As said, although there’s a superficial similarity to Tom Cruise’s latest M:I, Richie’s film quickly shifts to a much more clever and sophisticated entertainment. Guy Ritchie’s direction here is not unlike the energetic patina he gave to SHERLOCK HOLMES. As the poster claims, “Saving the world never goes out of style.” And be assured, this satisfying movie has style to spare.  Now showing. 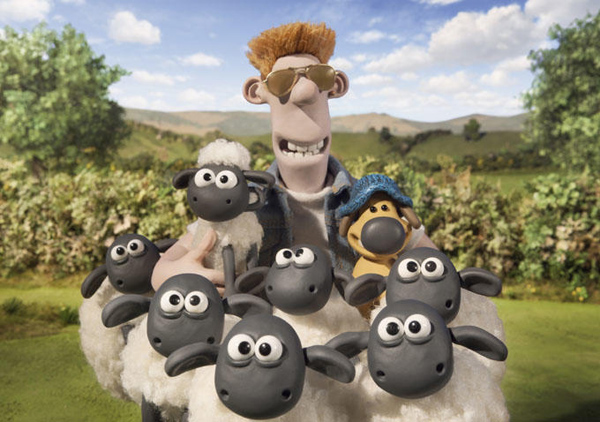 This sly stop-motion animated comedy is not just the best-reviewed animated film, but among the best reviewed of all films so far this year!

Written, directed and brilliantly animated by Mark Burton and Richard “Golly” Starzak (born Goleszowski). These two are veterans of the famed Aardman Animations, which gave birth to beloved Wallace and Gromit. Shaun first appeared on the screen in 1995’s short film A CLOSE SHAVE. Since then, he’s gone on to star in his own TV series (140 episodes so far). 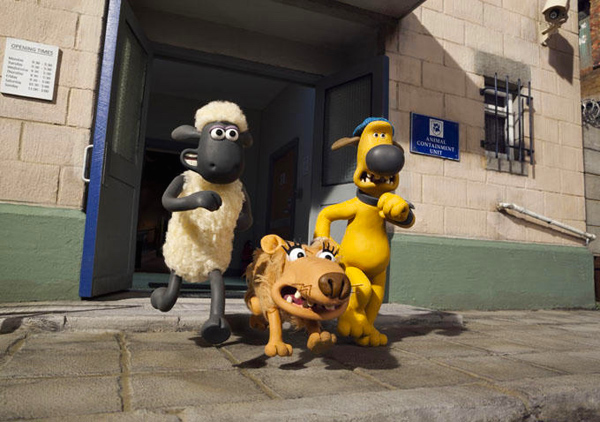 In his latest outing, Shaun is the big star and the movie hangs on his wooly shoulders. He and his crew take the day off to have some fun, but get more than they bargained for when a mix-up with the Farmer, a caravan (house trailer), and a very steep hill lead them to the Big City. Now Shaun has to get everyone safely home. The simple premise is loaded with subtle — and not so subtle — verbal and visual gags that make this one movie you wish would go on a bit longer – even though it’s a pretty standard length at 85 minutes. How utterly rare for a movie to actually work for all ages. This wonderfully entertaining movie is the gold standard of family films.  Now showing. 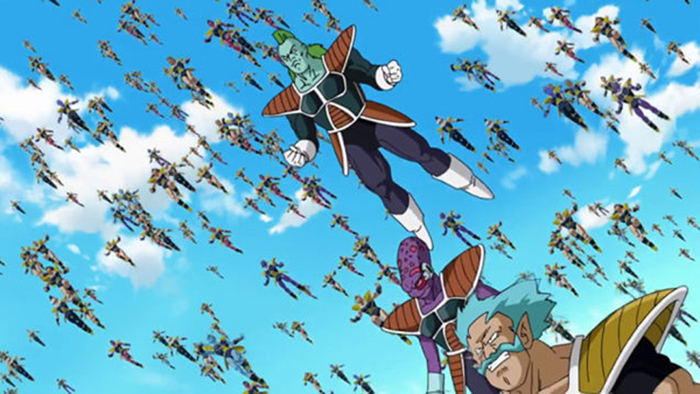 This global phenomenon has already surpassed Hayao Miyazaki’s THE WIND RISES and HOWL’S MOVING CASTLE. In fact, as of this writing, it’s the 9th highest-grossing anime release in the U.S. This action filled movie is sure to please fans of the franchise – but others may need to catch up on the series.

This latest edition of the DBZ series jumps ahead to about three years after DRAGON BALL Z: BATTLE OF THE GODS. Now one of super villain Frieza’s soldiers is collecting Earth’s dragon balls and using them to resurrect the intergalactic warlord. Uh-oh! As he is recovering in space, Frieza he trains and restores his vast and deadly army for an attack on Earth, hoping to kill Trunks and Goku — the two responsible for his apparent defeat. Now showing in select theaters. 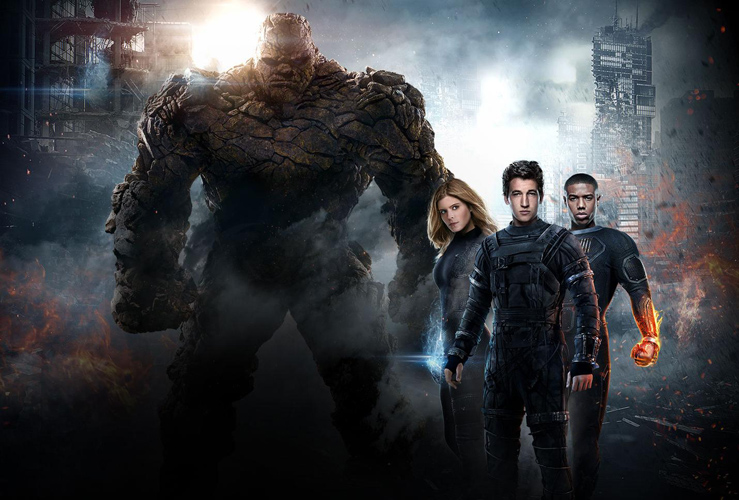 I take no pleasure in further beating up this film that has already been ravaged by F4 fans and critics alike.  But it’s not all bad news. I well remember the great comic strip drawn by amazingly gifted artist Jack Kirby in the 60s, so I felt more than a twinge of sadness while watching the latest, strangely misguided big screen effort. There’s still massive potential in these characters and there’s still an opportunity to forge a fresh origin story.  As I understand it, Fox owns the rights to F4, and if they want to retain those valuable rights, they must continue producing or the rights return to Disney/Marvel – and Fox does not want that to happen.  Not yet.  The same holds true for the X MEN franchise.  So my guess is that there will be a reboot and it will be done right. Also, I’m hoping that co-writer and director Josh Trank’s cut of the film – which the studio took away and severely – ineptly — tinkered with, will be available on the DVD/Blu-ray.  The studio’s got nothing to lose at this point by including Trank’s full cut with commentary as a bonus. This franchise is not dead.  Now showing.

THE WORLD OF HENRY ORIENT

This favorite comic drama about two Manhattan schoolgirls (Tippi Walker and Merrie Spaeth) who have a mad crush on the pompous, ridiculously bad pianist Henry Orient (played by the magnificently droll Peter Sellers) is on Blu-ray for the first time. The girls, both from broken homes, tail Orient and create havoc in his life (and theirs) as he pursues his romantic and not-so-secret assignations. Along the way the girls manage a sometimes painful but meaningful coming of age. George Roy Hill directs with a light touch. The fine co-stars are Angela Lansbury, Paula Prentiss, Tom Bosley, Phyllis Thaxter and Bibi Osterwald.  Twilight Time Movies.  Limited Edition Blu-ray (only 3,000 units will be pressed).