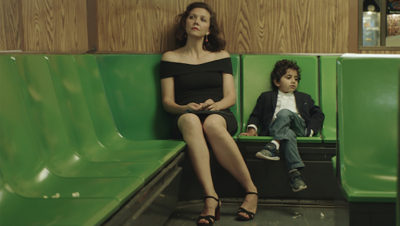 In writer-director Sara Colangelo’s reboot of a 2014 Israeli film, Maggie Gyllenhaal’s Lisa Spinelli is a creatively unfulfilled forty year-old teacher stuck in Staten Island and married to a nice but unaware husband. Her teenage kids mostly ignore her. Her only escape is a nighttime poetry course in Manhattan.

When she discovers that a five-year-old in her kindergarten class may be a poetic prodigy, Lisa becomes fascinated–then obsessed, as she struggles to protect him from neglectful parents and a system that doesn’t recognize creative brilliance.

As she makes dangerous, cringe-worthy, and inappropriate choices she finds herself risking career, family and freedom in a misguided attempt to nurture and protect his artistic promise – and perhaps to stay close to the fires of genius.

This tense, unsettling, surprising and finally satisfying thriller, yes, that’s what it is, hinges on Gyllenhaal’s mesmerizing and supremely accomplished performance. Her mastery of micro expressions and subtle vocal nuances are the engine of this powerful and meaningful story.  Streaming now on Netflix. 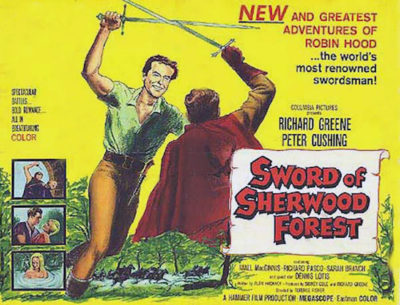 One for all and all for one! Hammer Studios spectacular and rousing rendition of the timeless Robin Hood legend is enhanced with a terrific cast of heroic rogues and devilish dastards plus a lush film score by acclaimed Welsh classical composer Alun Hoddinott.

Alan Hackney’s script and Terence Fisher’s direction keep the incidents energized and compelling. Dashing Richard Green is a fine Robin but it’s a superb Peter Cushing as the villainous Sheriff of Nottingham that ties it all together. Sarah Branch is the plush and lovely Maid Marian. Look for Oliver Red in a tiny role. Twilight Time Movies limited edition. Blu-ray.

This beautifully crafted and rarely seen Arabian Nights fantasy from Cinemascope’s first year makes its authorized appearance in a sharp high-definition transfer. Hearthrob John Derek headlines the tall tale of a wily barber of ancient Persia who woos an elusive princess (Elaine Stewart) while escorting her to her wedding – of course they fall in love along the way.  There are bandits, sword fights, Amazons, chases across the desert and kissing in the moonlight and more. 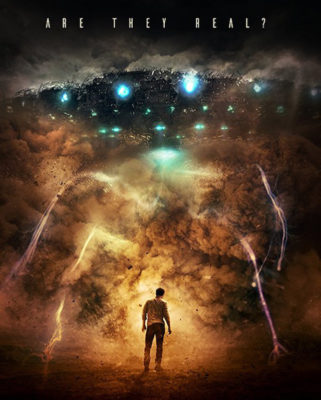 While shooting a documentary to expose the lies of so-called alien abductees, Chris Norton (Ryan Carnes) and his crew attends a UFO convention to meet alleged abductees and reveal the truth behind their experiences. They encounter Emily (Jordan Hinson), a young woman who claims to have been abducted every seven years on her birthday. As Emily’s 28th birthday fast approaches, Chris helps her come face -to-face with the reality that we are not alone!

Based on a story by Fulvio Sestito, Rebecca Berrih and Warren Thomas, the somewhat derivative screenplay was written by Thomas and Marc Porterfield. Director Sestito, has won numerous awards for his short “The Showdown,” and has worked with Guillermo Del Toro’s Mirada. He makes his directorial debut here. Check out this nice-looking sci-fi entry that’s worth a look.  A nice extra is an interview with controversial “abductee” Travis Walton, author of “Fire in the Sky.” RLJE Films. Blu-ray.