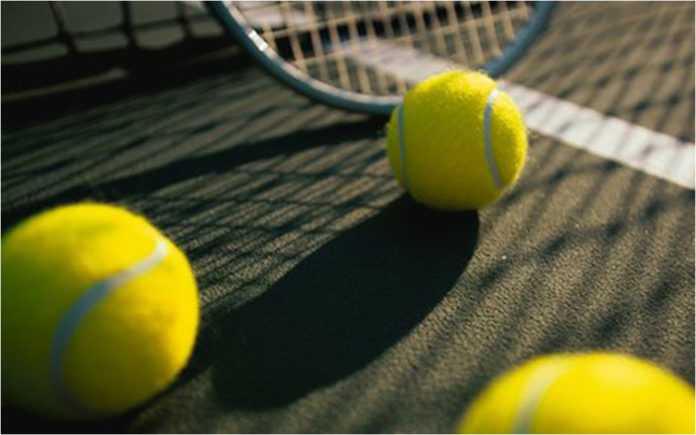 Roger Federer is the king of the grass courts but could his recent play be hinting at a decline? I’m not completely sold on Federer’s futures odds at the All England Club.

The third Grand Slam of the tennis betting season takes place on the historic grass courts of Wimbledon, starting July 2, with reigning champion Roger Federer the hot odds-on-favorite to win his ninth Wimbledon championship and 21st Grand Slam title. The women’s draw is once again wide open, with Serena Williams returning to the grass courts after having missed last year’s tournament.

CV Weekly breaks down the candidates primed for success in the Wimbledon tennis betting odds markets:

Federer has added to his major title haul since his last visit to the All England Club, defeating Marin Cilic in five sets in Melbourne earlier in 2018. His performances since have not been the usual Federer standard, losing to Del Potro in Indian Wells after having match points before a shocking defeat to Kokkinakis in Miami. He once again skipped the clay court season in preparation for the grass and while he won the title in Stuttgart, Federer looked off-color in Halle the next week, losing to Borna Coric in the final.

I believe we are beginning to see a regression in Federer’s overall outstanding level, which is totally understandable as heads for 37 in August. But the days of taking him at a low futures price are gone and if he does win the tournament, expect it to be his last major. There are some dangers lurking in the draw but until his path is revealed it’s best to look for other options in the futures market.

A Wimbledon finalist in 2017 and Australian Open finalist in 2018, Marin Cilic is putting together an impressive resume as he seeks to add to his lone major title (US Open 2014). He saved match point when beating Novak Djokovic in Queens last week and his massive ball striking works well on fast, low bouncing grass courts.

He’ll be seeking atonement after suffering blisters in last year’s final which impeded his movement and led to a heavy defeat. Seeded third, Cilic is guaranteed to avoid Federer until at least the semifinal, and tennis bettors should expect another deep run.

He was a semifinalist here in 2013 (lost in five sets to Djokovic) and Del Potro’s bludgeoning power can be extremely effective on grass. Wrist injuries have plagued his career and affected his backhand, forced to slice rather than hit through the ball in an effort to reduce wear and tear. The use of the slice is slowly decreasing and while there are question marks over his fitness heading into the tournament he will be the No.5 seed and should come through the early rounds relatively easily. He has the weapons to outhit almost everyone on tour and he’s beaten Federer, Nadal, Djokovic and Murray, so he’ll fear no one. A very valuable ticket to have in the second week.

Petra Kvitova is a two-time champion at the All England Club with an amazing 53-16 career record on the grass surface. She sailed to the title in Birmingham last week, dropping just one set in the process. She did withdraw ahead of her second-round match in Eastbourne this week, but this is purely to rest ahead of the tournament.

Kvitova is a “rhythm player” so when she’s hot, she’s almost unbeatable and right now she is red hot. Despite this, waiting to see if she can continue to replicate her outstanding form in Wimbledon is advisable as she’s lost in the third round, second round, and second round in her last three visits to Wimbledon. The price is also quite short for a future in a wide-open draw, so make sure to watch Kvitova for at least the first couple rounds before placing a wager.

Serena Williams was firing on all cylinders as she returned to Grand Slam action in Paris, having played only four matches in 14 months. She beat Pliskova, Barty and Goerges before withdrawing from her match against Sharapova with a pectoral injury. The injury wasn’t serious and the main objective in Paris was complete, show the tour she’s still in shape, and ready for more major success. She will be the 25th seed in the draw, so she’ll avoid any big names until Round 3. Tennis fans will know by then just how realistic her chances of a 24th Grand Slam title are.

Vandeweghe has struggled in 2018 (12-11) after a wonderful 2017 (38-19). She’s 53-23 on grass and she displayed solid form in Hertogenbosch when reaching the semifinal earlier this month. Her big serve and ball striking can blow opponents off the court, but she struggles for consistency. And like Kvitova, she’s a rhythm player. She was a semifinalist in Melbourne and New York last year, and she’s a two-time quarterfinalist at Wimbledon (2015 and 2017). Watch her play the first two rounds to see if her game is in tune before placing a futures wager. G’luck!