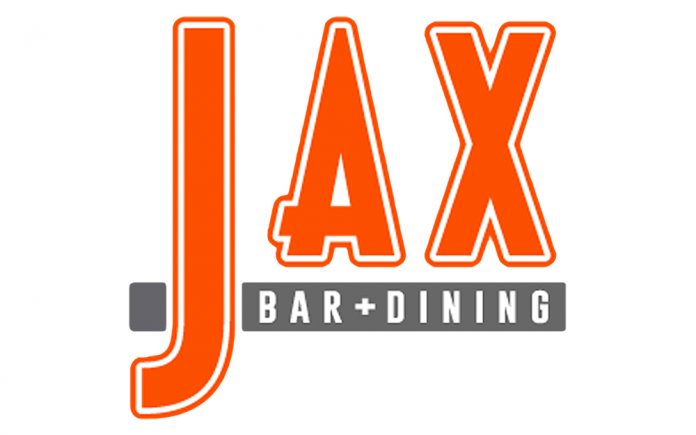 As I stepped out onto the patio at JAX Bar & Dining, which is open to the public, inside the Cathedral Canyon Club (known here after as CCC), I was struck by the spectacular San Jacinto Mountains, which frames the pleasant outside area, dotted with captivating orange umbrellas shading the filtered sunlight. The mountains were still lightly dusted with the latest winter snow fall, and enhanced the lunch scene on a sunny January afternoon.

This is what Jack Srebnik gets to see on any given day, ever since his namesake restaurant took flight in October of 2019. “The response has been tremendous,” said Srebnik, of the feedback that he has received since the restaurants debut. The new reality of the restaurant was implemented, when the owners of the restaurant, and golf course, invited Srebnik to apply his many years of restaurant expertise to turn around the former eatery, into a more successful enterprise. And along with Srebnik’s Head Chef Yeyssica Valentin-Rosa, he did just that. 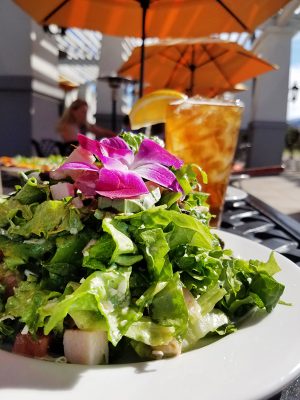 Srebnik is no newcomer to the Coachella Valley restaurant industry, with his highly successful establishments, Maracas in Palm Springs and Rancho Mirage, as well as The Slice Pizzeria and Ristorante in Rancho Mirage, he knows the recipe for dining success. His “eatertainment” philosophy sets the standard, as he deems dining out, as its own form of entertainment, “It’s where they get that something extra,” he states,  and as an admitted foodie, it is a philosophy that I tend to agree with. It’s all about delivering excellent and attentive service at JAX, it something that Srebnik insists on, “We want to give the best service, service is where it’s at!” he exclaims, and as a result, his patrons want for nothing.

Open for lunch and dinner, the menu offerings at JAX are as inviting as the service, and are California cuisine based, sprinkled with some Italian entrée dinner staples such as Lasagna (meat sauce, ricotta, mozzarella, and parmesan), Linguini & Clams (fresh clams, white wine sauce, linguini, diced tomatoes, chives) and Chicken Marsala ( marsala wine sauce, mushrooms, choice of pasta), among others. They offer an all-day menu, which include a bevy of Appetizers, Salads, Sandwiches and more. 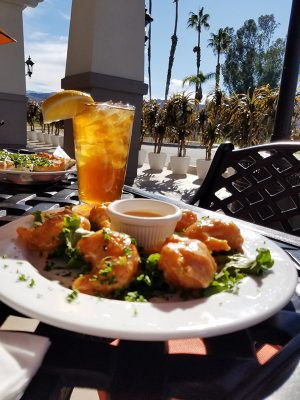 On my visit to JAX, Srebnik provided me with some of their most popular dishes, and left me with a sated belly and taste buds. First up was the massive Smokin’ JAX Burger (lettuce, tomatoes, onion rings, double smoked bacon, smoked bbq sauce, smoked mozzarella, on a brioche bun). As a customer walked by and said, “That’s one heck a burger,” I knew I was in for something special. The juicy burger oozed with tang from the bbq sauce, followed closely with the crunch of the perfectly fried onion rings, and then softened by the creaminess of the smoked mozzarella. It was, you guessed it, Smokin’ good! Next up was one of their many popular Flatbreads, the Margarita (olive oil drizzle, tomato slices, roasted garlic, fresh basil and mozzarella). The crust was light with just enough chew and crispness, accented by the harmony of the toppings, it made for one delicious bite after another. The JAX Chopped Salad (chopped greens, red onion, black olives, salami, turkey, tomato, garbanzo beans, mozzarella, and basil, with a Dijon vinaigrette) was presented next, topped with a pretty edible flower. The chopped salad was refreshing, but still substantially filling with lots of protein elements. The last menu item that I tried was the coveted Bang, Bang Shrimp (lightly breaded shrimp, sweet chili Sriracha sauce), which Srebnik promised would top my flavor charts, as it is one of their best sellers. Ok, these things were incredible, and a must on your visit to JAX!! They were just ever so delicately puffed from a dip in the fryer, then glazed with the sweet and spicy creamy dipping sauce, seriously addicting…and I shamefully almost ate the whole order. Yum!!! 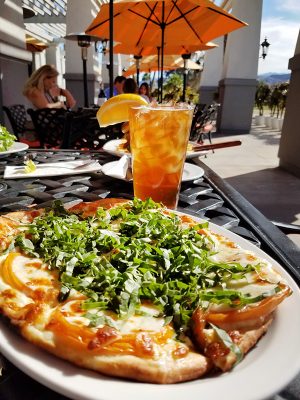 As an addition to the regular menu at JAX, they also offer Taco Tuesdays from 3pm to 8pm, inspired from Srebnik’s Maracas restaurants. The Mexican food night features Street Tacos (chicken, beef, crispy fish and carnitas) Chile Relleno, Fajita Burrito and more, plus Happy Hour drink specials. And speaking of Happy Hour, patrons can enjoy it daily from 3pm to 7pm in the bar and patio, and they have entertainment Friday and Saturday nights and every other Thursday night.  Another one of the specialty nights include their Prime Rib (mashed potatoes, green beans, creamy horseradish, au jus) on Friday and Saturday nights, which usually sells out. And for those who have yet to have plans for the upcoming Super Bowl, JAX will be having a party with all day hos d’oeuvre, and Happy Hour priced drinks ($20 per person for the game and food). The venue is also available for special events, such corporate gatherings, as well as weddings, and honestly, with the view that they have, it would make for a beautiful backdrop. 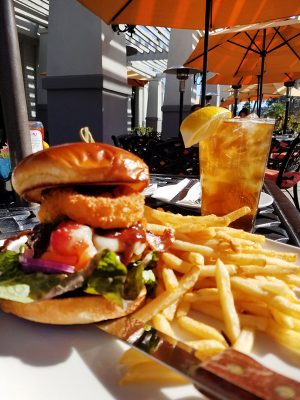 JAX Bar & Dining, like many other restaurants that are inside country clubs throughout the Coachella Valley, are untapped treasures that the public should explore, such as the gem that JAX restaurant is. It is accessible through the main gate of CCC on Cathedral Canyon, next to the Lawrence Welk Resort, and by pressing #0000 on the panel, you will open up a memorable dining experience that you’ll want to repeat again and again. “We want people to feel at home here,” says Srebnik, and I certainly did, and look forward to stopping by another time soon, for stunning views, amazing food, and the best in “eatertainment!”