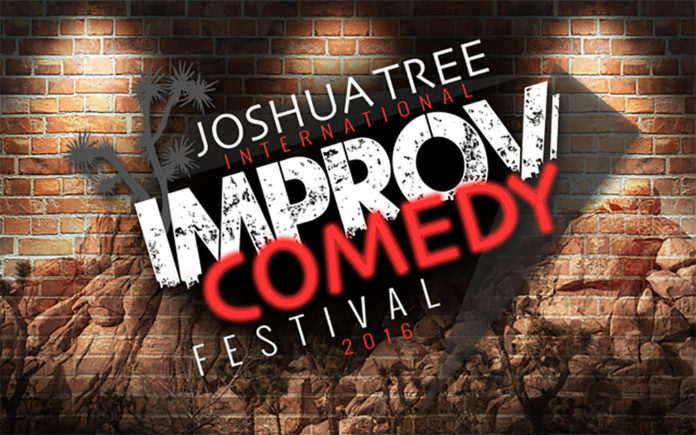 The festival runs Friday, November 9 through Sunday, November 11 at The Hi-Desert Cultural Center located at 61231 Highway 62, in Joshua Tree (just ½ mile from the entrance to Joshua Tree National Park). This year’s festival features entertainment and education by celebrity guests as well as performance competitions by improv groups, sketch comedy groups and stand-up comics. All events are open to the public, with audience votes determining winners. 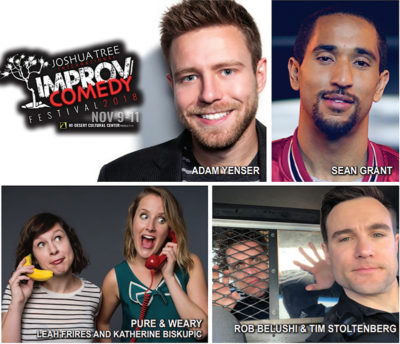 Doors open at 6:30pm on Friday November 9, for the opening night gala, which includes heavy hors d’oeuvres, desserts, and a full cash bar.  Entertainment begins at 7:30 with the ever-popular, Los Angeles-based Nick Luciano and Zach Fairless with 30 minutes of chill sketch comedy that will raise your vibration.  At 8pm Adam Yenser takes the stage with his sharp observational humor with a uniquely conservative political perspective. Adam is an Emmy Award-winning writer for the Ellen DeGeneres show.  He has performed his stand up on Conan and FOX Laughs, has written for The Oscars, and has been a freelance contributor to SNL’s Weekend Update. He can be seen on Ellen in the recurring segment “Kevin the Cashier Played by Adam.”

On Saturday and Sunday, improv workshops take place from 11AM-1PM.  Most notably is a workshop taught by Rob Belushi (son of Jim Belushi and nephew of John Belushi) and Tim Stoltenberg focusing on emotional vulnerability.  Rob and Tim met in Chicago touring for the Second City, exploding comedy all over colleges and performing arts centers nationwide.

The duo will also be performing Saturday evening, with stand-up comic Sean Grant, winner of the 2017 festival, doing his stand up set as an opener at 7:30PM.  Sean was also named “Funniest College Kid in America” On “Jimmy Kimmel Live!”

Award-winning stand-up comics, improv groups and sketch comedy groups from Texas to San Francisco will be performing and competing for audience votes starting at 2:30 on both Saturday and Sunday.