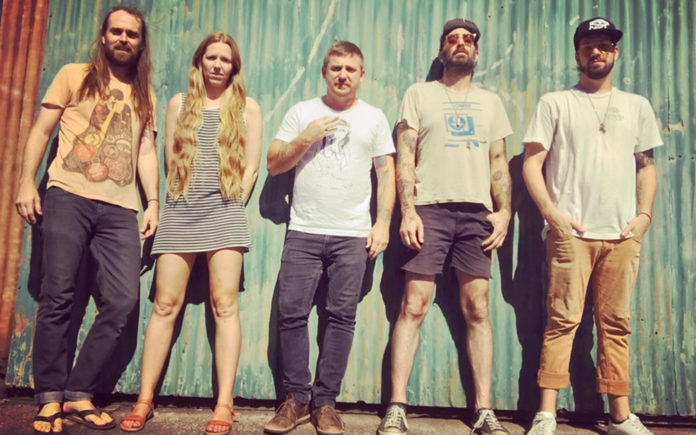 High Desert favorites The Adobe Collective will be playing a Palm Springs show at The Alibi on Friday, August 16th.

Husband and wife Tim and Faith Chinnock formed The Adobe Collective in 2011. The couple had recently relocated from San Diego to Joshua Tree, and the desolate environment inspired them to begin making music. Their self-titled debut arrived three years later, supported by select shows around the high and low desert, including Pappy & Harriet’s and The Hood. They even performed a set at the prestigious Joshua Tree Music Festival.

Their sophomore album, Take Heart, Take Care was produced by Chris Unck and recorded at his High Lonesome studio in Joshua Tree. Suddenly, The Adobe Collective was feted in the pages of Palm Springs Life, The Desert Sun, Coachella Valley Weekly, and The Los Angeles Times. Their symbiotic vocal style drew favorable comparisons to alt.country pioneers like Gram Parsons and Emmylou Harris. 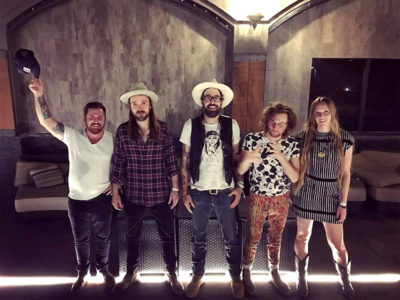 The duo recently returned to High Lonesome, again with Chris Unck handling production. Their third album, All The Space That There Is will arrive in October. In the meantime, they’re on a quick, West Coast tour, hitting Merced, Ca. along with stops in Ashland and Portland, Oregon, and Seattle, Washington.

The touring band includes Chris Unck, Caleb Winn and Tyler Saraca, which expands The Adobe Collective’s sound without sacrificing the intimacy of their songs. Swinging back through California, they’ll be close to home for their show at The Alibi in Palm Springs before they play The Deer Lodge in Ojai and The Mint in Los Angeles.