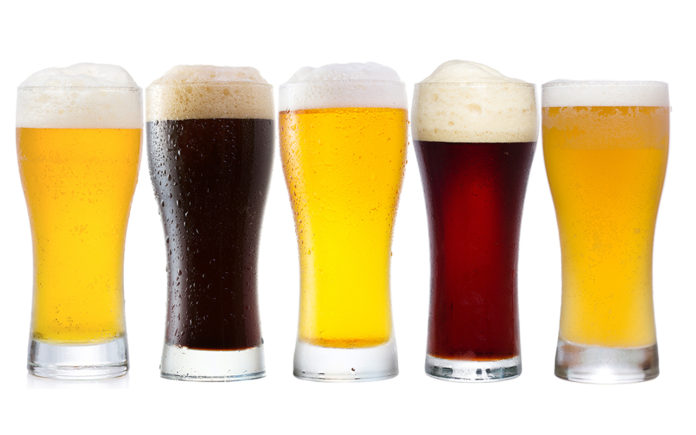 I posed to social media the question, “What’s the best beer you ever had?” and while responses ranged from joking to sentimental, there was a unifying theme throughout the reply threads. Beer has always meant many things to many people and has earned a place in the pantheon of celebratory drinks. I formed a hypothesis after answering the question for myself, and I found that I indeed had an answer to the best beer I ever had. While I’ve had tastes of many unique and incredible brews throughout the years, one in particular stands out in my mind.

Although I’d already been homebrewing sporadically for several years using those janky Mr. Beer kits, I didn’t truly begin a commitment to brewing until 2011. Part of that commitment was exploring San Diego’s wildly flourishing craft beer scene (The Coachella Valley and most of the Inland Empire was still a craft beer wasteland). I did tours of Green Flash, Stone Brewing, White Labs, and most impressively at the time, Ballast Point. Ballast Point had all of these crazy variations of their flagships on tap, as well as one-offs and experiments, but it was their Calico amber ale that blew me away with its subtle depth of flavor and superb balance between malt and hop profiles. I went home that day with a growler of Habanero Sculpin (those early batches were even hotter and more mouth burning than what’s bottled and distributed now) and TWO growlers of Calico. My palate for craft beer was still developing and growing, I’d just spent a 3-day weekend with my girlfriend exploring San Diego’s beer culture and tasting new flavors that I’d never experienced before, and this made Calico amber ale the very best beer I’d ever drank in my life at that point.

A year ago, I bought myself a 6-pack of the now widely distributed Calico, and to my shock and dismay, it tasted nothing like I’d remembered it.  While I don’t doubt that the recipe itself has been modified from what it was 8 years ago, and I’m sure that my now-jaded taste buds don’t scream for joy at every new flavor I throw at them, this beer tasted amazing that first time because of the emotions tied to the moment when I first put it to my lips, and THAT ladies and germs is what makes the best beer you ever had.

Listen, I know that you might say the limited-release pastry stout you drank that was aged on South American wood smuggled illegally into the country, inoculated with yeast strains that have gone extinct, and aged for years before being popped open and split 6 ways at a bottle share was the best beer you ever had, but bear with me. That beer was badass BECAUSE it tasted fantastic while you were having a memorable time! Many of the answers I received on social media after asking the community what the best beer they ever had was, involved the circumstance under which it was enjoyed. One friend said that the Golden Road Wolf Pup IPA she drank in celebration after running a 30-mile race was the best beer she’d ever had. (She drank it again under different circumstances and was nowhere near impressed). Another friend hit the nail on the head when she noted, “It depends on the event unfolding at that specific time that makes a beer taste so great. After running a marathon, the Heineken and Michelob Ultra they were serving tasted amazing.” The old cliché, “the two best beers are ‘free’ and ‘cold’” has merit in that there is a positive emotional reaction to being given a treat or reward, with the refreshing and mildly intoxicating effects of even a light beer being enough to trigger a dopamine release in your brain, enhancing your mood and heightening the experience.

Go out deep-sea fishing with your buddies, catch a 35-lb fish while bonding with your friends, and tell me that it doesn’t make the Coors Light that they brought along a great tasting beer. I don’t even like Coors Light, but just imagining that scenario is enough to make me want one. We associate our favorite things with positive emotions, and beer is no exception.