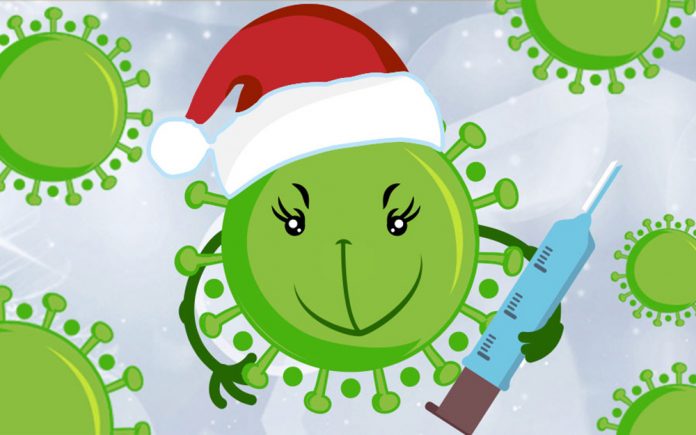 The COVID Grinch continues to wreak havoc, illness and shortages throughout society.

You may not have noticed but there was a Santa shortage this season.  Demand for golly ‘ol fellows was up yet wages were inadequate to recruit a bunch of white bearded men to allow typically unvaccinated children to sit on their laps.

COVIDs rise also caused a shortage in COVID tests and showed the inadequacy of tests and test sites.  As COVID faded over the summer, we became complacent and did not prepare for rise in cases as the climate cooled.  As Vice President Kamala Harris stated in an interview last week, the Biden Administration was focused on vaccination and did not properly prepare for the rise of a new variant or increase in cases amongst the unvaccinated.  This rare moment of candor is reflective of the short-sightedness of governmental authorities.

Live Christmas trees were harder to find while artificial trees were in short supply.  Live tree shortages were due to climate change which led to a scorched Northwest over the summer.  There was also a shortage of truckers needed to distribute the trees.  For those interested in removing the fire hazard of a dead tree through the purchase of an artificial tree, supplies were limited.  Some of this shortage was caused by the high cost of shipping containers which served to constrict supply as China is the primary maker of artificial trees.

Old men, trees and tests were not the only things in short supply as cream cheese supplies were also challenged.  Some of this shortage was due to higher demand from consumers as more people stay at home.  Another part was due to bottlenecks in the supply chains caused by a trucker shortage.  The part many forget was a cyberattack on Schreiber Foods that shut down their operations in late October.  Schreiber is one of the largest producers of daily products like cream cheese in the United States.  Schreiber is responsible for 75% of the cheeses you get atop burgers and sandwiches in the United States.  The NSA and CIA believe that a Russian-affiliated group shut down the operation for a ransom.  It is unknown if Schreiber paid.

Holiday essentials were not the only things in short supply.

Chicken prices were up as the supply of chickens was down.

Twenty-five million pounds of fish sticks were left in cold storage north of the border in Canada due to custom issues between the U.S. and Canada.

Coffee is also beginning to experience long-term supply constraints due to weaker harvests.  Climate change is believed to be playing a significant part in lower plant yields.

While these food shortages in the United States pinch us in the pocketbook, our challenges are nothing when compared with many around the world.

Every ten seconds, a child somewhere in the world dies of hunger.

I share these things to help us remember that we are all blessed to live in the United States of America.  As messed up as our country is, it remains one of the best places to live in the world.

Your challenge and mine is to serve not only those we love and care about but to make some effort to make the world around us a better place to live.  Think about what you can do to improve the community that you are part of.  What can you do that is selfless, not selfish?

As we enjoy the holidays with friends and loved ones, we should remember the plight of our neighbors both here and abroad.