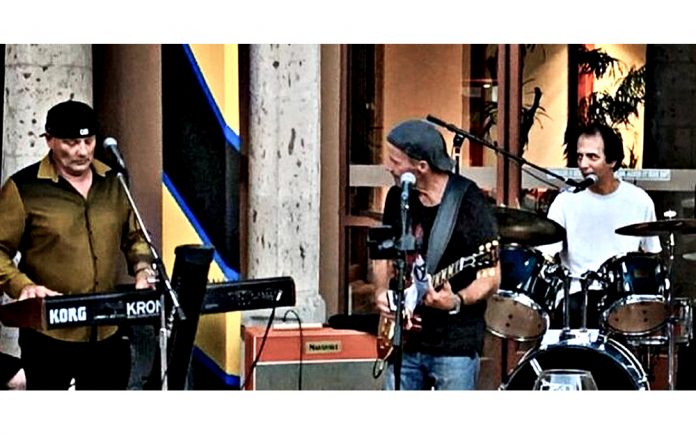 The Desert Crows are a high-energy, four-piece band that specialize in classic hits from the rock, dance, funk, and rhythm and blues genre. The rock ’n’ roll virtuosos consist of John Grounds on  guitar and vocals, Chris Carletto on keyboards, Steve Arbuckle on drums, and Dennis Hageman on bass guitar.

The Desert Crows take iconic songs from the 60s and 70s to the present, and use them as a platform for improvisation. On a given night, you might hear the band perform hit songs from The Who, Santana, Deep Purple, The Doors, SRV, Hendrix, The Stones, The Beatles, Ray Charles, Robben Ford, Pink Floyd, Johnny Winter, Steppenwolf, Steely Dan, Cream, Blind Faith, Traffic, and The Stray Cats, among other iconic greats.

“We might also take a song beyond and stretch it, massage it, and do a cool solo riff off an original chord progression.  These iconic songs hold many memories for a lot of us and recapture those personal, momentous events in all of our lives. It is quite a privilege to play these tunes and connect with our audience as a tribute playing the hits from the classic rock ages! Each song we perform is like gifting our audience with a musical piece of memorabilia that reminds them of a cherished time and memory. There are strong writers among us, so occasionally we’ll throw in a different song out of the blue, ripping into an original one we just wrote,” said Grounds.

The Desert Crows have a growing community flock of loyal listeners as the band continues to perform from venue to venue, earning their new live show moniker—Crowbars, where to find their live shows on tap. The band has made their mark at venues like Jolene’s, Babaloo Lounge, and Larkspur Grill.

“There is such a great energy here, and now post-COVID, people are looking to get out again.  They want to dance and socialize!  It is a really great scene and overall community vibe in the Coachella Valley, offering many cool clubs and gigging opportunities where it’s simply awesome to perform at these venues!” stated Grounds.

As lead vocalist and guitarist, there are songs that Grounds especially loves to perform, and both have to do with connecting with the band and the audience. He loves an iconic or a deep-cut tune from a great band, one that is uptempo and brings the crowd to their feet, dancing.

“I like to play off of my band mates, and trade ‘eights’ or work to outdo each other solo-wise!  We’re all just having fun, after all, doing what we love.  I also love a good smokey, bluesy ballad, or soulful quiet number that feels poetic and tells a story.  This is the best job in the world,” revealed Grounds. 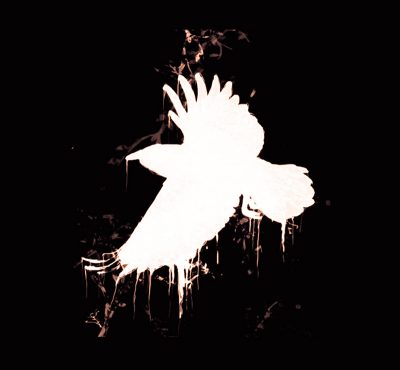 Musically and ideally, the Desert Crows wish to pursue long-term goals by continuing to  grow as a band and hone their special sound, making it even stronger, and just to see where it takes them. Ground’s believes there is nothing more fun in the world than creating music with his friends and playing guitar. He would like the Desert Crows to keep challenging each other musically, and he is sure they will.

“We want to continue playing more gigs, from the current venues we are familiar with, to playing some new ones. Next to that, we just want to keep connecting our music and live performances with our growing fanbase, between our regular followers, to the new ones just discovering us—treating everyone to a really good time that is a great, fun night out to remember, as much as the iconic songs we play, and fueling new memories,” said Grounds.