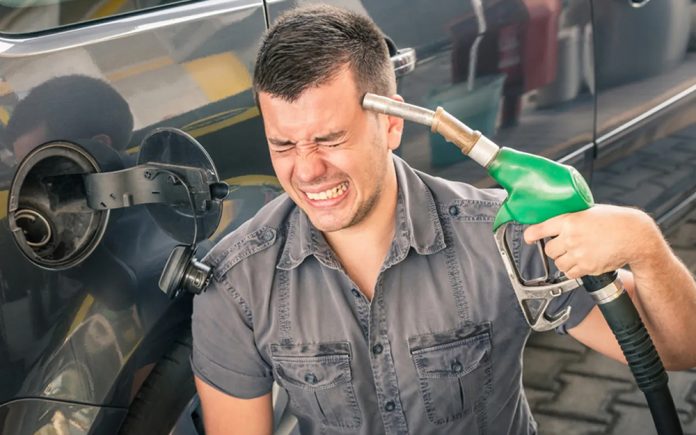 Eighty years ago, the cost to see a movie was $0.25.  Today movie tickets cost anywhere from $10 to $20.  Over that 80-year period, the average annual inflation rate has been 3.7%.  That 25-cent ticket should be about $5 if the price went up at the rate of inflation.  Instead, the price has gone up by twice the inflation rate.

In both cases, cost increases have grown by more than the rate of inflation. As a reminder, the inflation rate excludes food and fuel.  Including food and fuel, inflation at present is running closer to 15% than the official 8% rate. 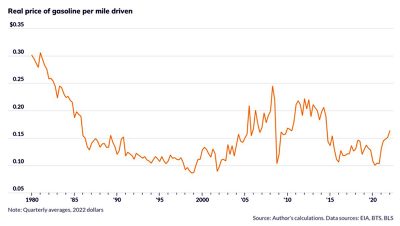 The Russian incursion has disrupted global food supplies as Russia and the Ukraine are two of the larger wheat producers in the world.  Until the war, wheat prices were at some of the lowest levels that we have ever experienced.  Despite an increase in the money supply by nearly 40% during the pandemic, wheat prices remained low at less than $5/bushel.  For comparison, wheat was more than $30/bushel in 1949.  The price declined steadily to $10/bushel until the Energy Crisis of 1974 where prices spiked to $30/bushel.  With increased production and greater efficiency, prices fell to an all-time low of less than $5/bushel from 1999 through 2006 and again from 2016 through 2021.  Today the price of a bushel of wheat is $14. 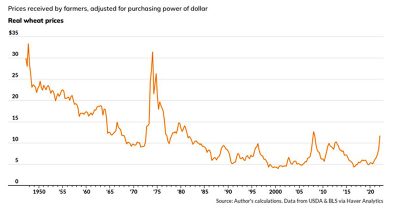 The real issue is that the average American worker saw wages stagnate for years while prices increased.  While oil or wheat prices on a standalone basis are not enough to cause most people to struggle, when you combine higher prices in these areas with higher housing and healthcare costs, people just don’t earn enough.  While wage growth may be significantly higher than in the past, these increases do not keep pace with higher inflation for half of all Americans.  For these folks, it is estimated that more than 25% of income goes toward food and fuel.

Data service Statistica calculated the hourly wage of the average American worker since 1980 but adjusted wages so that all numbers used the value of a dollar in 2020 prior to the pandemic.  Where the average worker earns $16.50/hour today, wages were $15.50/hour five years ago. From 1979 to 2016, the average worker saw earnings grow $0.30/hour.  While recent wage increases were helpful, they are inadequate to cope with higher costs.