The beast is upon us. There is nowhere to hide. A swarm of festive fans are heading to the Polo Fields for another addition of Awesome Sauce in the desert. The line up is set but as of this article, the bands were waiting for the final schedule of when they will take the stage. This year, Coachella Valley Music and Arts Festival will bring bands from far and wide, from continents near and away, sounds from the past and into the future for a cultural class to relish.

It can be overwhelming, even if you’re not going to the fest you still have to know what time to tune in online, through satellite radio or even on your TV this year. So, here’s a brief overview of seven bands not to miss, even if you don’t know who they are, you want to dismiss these bands from your musical agendas. If God is Love and you love Music, then God is Music, at least according to my logic. These bands will definitely take you to Church and lift to Heaven. May you never be the same… 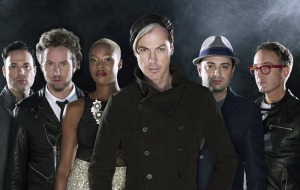 Fitz and the Tantrums SUNDAY

It’s like a soul sermon right out of a Detroit Motown, Church for the Sonic Souls. This act will blend notes, build lyrics, blast into the chorus only cherubs could sing and then make you dance! I’ve been following Fitz and the Tantrums since 2012, then still only making noise in Silverlake. I saw them do a show after their recent catapult into stardom and they performed like kids at Christmas! Their appreciation for their fans is unyielding. If you are not familiar with hit songs now on the radio such as More Than Just a Dream, Fool’s Gold or Pickin’ Up the Pieces, it is time to educate your ears boys and girls. This is absolutely a must see on your list of who to check out. 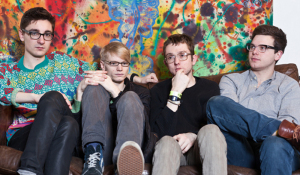 Shear genius at play coming atcha from Leeds! Distinct vocals (or falsetto yelps) from lead Joe Newman will leave you guessing where such strange intoxicating sounds come from, it’s mesmerizing and highly addictive. Lots of tunes may have been heard in Sons of Anarchy, Weeds, Silver Linings Playbook, The Way, Way Back and the BBC. This is what I listen to when the mood needs to be changed from the dull and ordinary to something instantly extraordinary. I rate them with a James Brown Rating of 4.8. There is a reason they’ve sold over a million albums quietly. 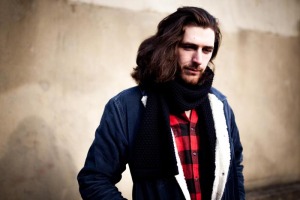 Anyone Wanna Go to Church? Is there anyone who hasn’t heard this hit single Take Me to Church? If you need a cleansing, baptize yourself in the mood and melody of Hozier. Recently, Billboard Magazine referred to Grammy-nominated band as “Coachella’s Cool Kids.” A viral sensation, the title track of his EP went every where, thanks to YouTube. Now the Irish, son-of-a-bluesman, sets to melt your heart on the grand stage. With five hit singles off of their EP, these “cool kids” will shine. 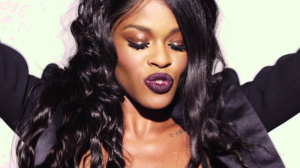 Time to get your Crazy Pants on as this American activist, rapper, singer and songwriter from Harlem is set to show you what performance is all about! Known to be outspoken, her New York passion is clear and her talent is as large as the Apple is Big. She is an amazing vocalist often shifting numerous times throughout a song while playing with lyrics in a word play like fashion, with plenty of alliteration and assonance, showcasing her talent as a songwriter and entertainer. She blends hardcore hip-hop with pop and dance and will not disappoint. 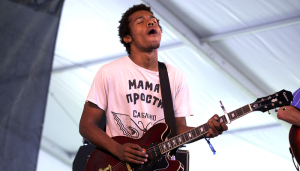 Prepare to be impressed by this BLUES ROCK singer/ songwriter from Virginia Beach, VA but now calling The Big Easy home. He cites Blind Willie Johnson, T. Rex and The Gun Club as influences. It’s a raw sound with soul infused with blues that will make you want to boogie! You’ll feel the hair stand on the back of your neck as your mind ponders familiar sounds of a garage rock band on the big stage. He plays with intensity and heart that leaves you wondering how will he end this awesome. 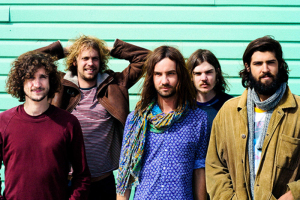 Prepare for a journey of mind from Perth, AU. Grammy nominated Tame Impala is a psychedelic rock band guaranteed to make you think you are in a parallel universe of some of the great sounds of the 60’s and 70’s. It’s a symphony of sound or as lead singer Kevin Parker puts it, “it’ll sound like a church being stuffed inside a shoebox and then exploded.” The band has opened for The Black Keys and played along side numerous notable acts such as MGMT, The Mars Volta, Kasabian and Yeasayer. 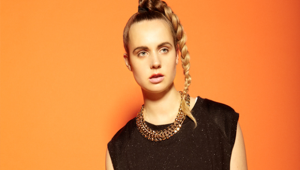 Fresh off of Netherlands #1 song Lean On, this hot Danish recording artist blends electronic, indie pop, soul and alternative dance into the sounds of a perfect summer playlist. She’s the “Breakthrough Artist of the Year” in Denmark a’pop” don’t think this girl can’t bring it, she has guts reminiscent of Siouxsie Sioux and Janet Jackson. 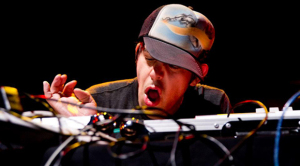 Is a sonic super nova! The genre box would explode if Mr. Liquid were forced into one. His music defies such simple-minded constraints and instead provides an escape into musical landscapes previously unknown to humanity. You will be transported “on an inter-dimensional adventure to the deepest circles of his musical universe, steering audiences into an expansive world of visceral beats, laced with spiraling instrumental accompaniments, and adorned with melodies that only a masterful improvisationalist could manifest,” as his facebook page states.

Be safe out there, drink plenty of water before, during and after the show and remember, this is COACHELLA, traffic will be heavy, people will be plentiful and parties will be everywhere. Don’t Drink and Drive or forget your sunscreen and sunglasses. Weather looks to be perfectly designed for this year’s Festival. Enjoy!