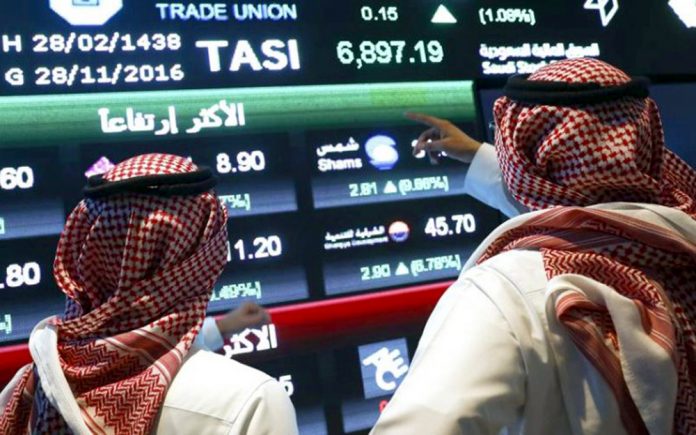 What is the most valuable company in the world?  Rather than trying to factor in which make the world a better place, let’s think of this in terms that Adam Smith or Milton Friedman would prefer – cash money.

Amongst publicly traded companies, there is a new rival for the most valuable company in the world.  With the spike in oil and gas prices, Saudi Aramco is now valued at $2.25 trillion.  This valuation puts the oil giant only $100 million behind Cupertino-based Apple.  The Saudi Arabian government allows the public to own 5% of this ‘company’.

Rounding out the trillion-dollar company club is Microsoft at $1.9 trillion followed by Alphabet aka Google with $1.4 trillion and Amazon at $1.2 trillion.

Tesla is next on the list of most valuable companies at $750 billion.  What makes this valuation seem high is that Tesla is valued at more than all other car companies in the world.  While Tesla does more than vehicles, this valuation is a vote of confidence by investors in Elon Musk.

Just south of the border, beverage giant FEMSA at $70 billion is the most valuable in Mexico.  FEMSA is the largest independent distributor of Coca-Cola.  In addition to Coke, the company is the largest convenience store operator in Mexico.  Walmex, the Mexican operators of Walmart, comes in second at $61 billion.  In total, all publicly traded Mexican companies are valued at $356 billion or the same amount as Walmex’ parent company, Walmart.

Looking to the north and Canada, the Royal Bank of Canada is its most valuable company at $130 billion.  Toronto Dominion Bank is second at $111 billion followed by Enbridge, an oil pipeline company.  In total, publicly traded Canadian companies are worth the same amount as Saudi Aramco.

Across the pond, British companies have the greatest market value of any European country at $2.75 trillion. Its largest company is AstraZeneca at $205 billion.  Oil and gas company Shell is second at $179 billion followed by Linde at $139 billion and banking firm HSBC at $124 billion.

It will most likely surprise no one that a luxury goods company is the most valuable in France.  LVMH Moët Hennessy Louis Vuitton is the country’s most valuable at $312 billion.  L’Oreal is second at $185 billion followed by energy company Total at $127 billion, drugmaker Sanofi at $125 billion as well as luxury brands like Hermes, Dior and EssilorLuxottica.  You know EssilorLuxottica for its eyewear brands like Ray-Ban, Oakley, Lenscrafters and Sunglass Hut.

A bit more surprising is that publicly traded French companies are worth $2.25 trillion, $500 million more than second place Germany at $1.75 trillion.  German business is led by software company SAP at $104 billion followed by Volkswagen at $97 billion and Deutsche Telekom aka T-Mobile at $95 billion.

Moving over to Asia, Indian companies are worth $2.8 trillion and led by Reliance Industries at $205 billion, Tata Consulting Services at $140 billion and HDFC Bank at $104 billion.

Japanese companies are valued at $3.6 trillion and led by Toyota at $215 billion, Sony at $101 billion and Nippon Telephone at $100 billion.

Most agree that the largest private company in the world is Cargill.  With revenues of $134 billion last year, Cargill is larger than Koch Industries and its $115 billion in sales. Cargill is one of the world’s largest food suppliers.   If ranked against public companies, Cargill would be 30th in value.

Haddon Libby is the Chief Investment Officer and Founder of Winslow Drake Investment Management. For more information on our services, please visit www.WinslowDrake.com.