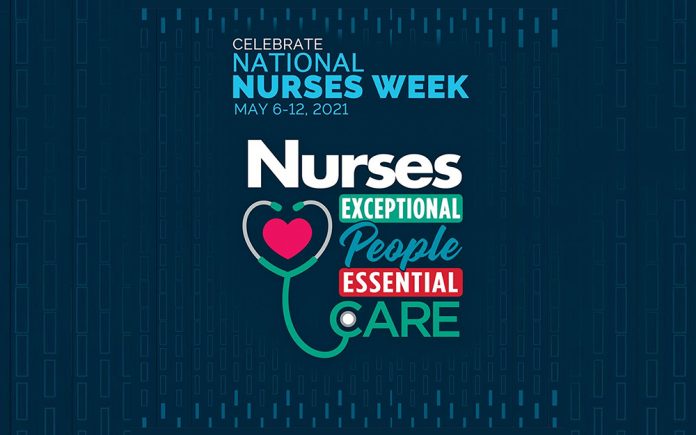 A fitting theme for Nurses Week in 2021 is “Frontline Warrior ” to honor the challenges the CCP (Wuhan virus) brought to our country. This article will mention a few of the leaders in nursing who continue to advocate for safe, equal, access to health care.

Florence Nightingale pioneered the groundbreaking practice instituted by Ignaz Semmelweis, a 19th-century Hungarian doctor. During an experiment in a Vienna hospital’s maternity ward Semmelweis discovered the wonders of the now-basic hygienic practice as a way to stop the spread of infection in 1847. Nightingale considered the home, to be a crucial site for disease-preventing interventions. This was the place where most people contracted and suffered from infectious diseases. (The same is true today: in Wuhan’s coronavirus outbreak, around 75-80% of transmissions were reportedly in family clusters).

Nightingale transformed nursing into the disciplined, compassionate profession that it is today. She suffered severe disapproval from her father and family who viewed her need to help the sick as degrading and beneath her station in life. It can be an arduous task to appreciate the difficulty of a woman who chooses to be cut off from her family. Woman of stature were to be a wife and mother. Undeterred she persisted and went on to win renown recognition for her discipline and cleanliness in caring for the British soldiers during the Crimea War. She started the first school for training nurses.

Clara Barton, “The Angel of the Battlefield,” witnessed the sad state of battle-weary soldiers in Washington, D.C., during the Civil War. She lobbied in 1862 for permission to take bandages and other supplies to a battlefield hospital after the Battle of Cedar Mountain in Northern Virginia. From then on, she traveled with the Union Army. Barton also founded The American Red Cross.

It was a nurse, while on assignment in the Peace Corp, that devised a way to deliver sterile fluids intravenously to sick patients in Africa. It was Roxana Reyna who combined different types of wound dressings to promote healing and keep the tissue clean and stable until surgery could be performed. Reyna’s discovery was used on children born with their intestines outside the abdomen.

It took a nurse, Mary Brown Rathbun, a cannabis advocate, to push the California legislators into passing the first state law that legalized medical marijuana. Rathbun foresaw the coming chaos of states required to add a new diagnose to the law every year. Her efforts led to the inclusion of two sentences in the law that ensures physicians not legislators decide the medical need for marijuana/cannabis into the future as the cannabis science changes.

It took Alice O’Leary Randall to form the Alliance for Cannabis Therapeutics, a lobbying group, in 1976, formed to secure medical access from the federal government for her husband to use marijuana for his glaucoma. Nurse innovators like Mary Lynn Mathre and Al Byrne, transformed the Alliance into a non-profit educational organization called “Patients Out of Time.”

The National Commission of State Boards of Nursing’s extensive research into the endocannabinoid system led to the development of standards of practice for patients using cannabis. While the American Medical Association continues to ignore the science behind the endocannabinoid system castigating 33 million users as illegal drug users, nurses are the pioneers educating on safe use.

Nurses don their infection control outfit of gown, mask, gloves, shield for ten minutes as they provide care, only to discard it all and don it again for the next patient. Over and over with sweat pouring down her brow she compassionately denies a woman entry to say goodbye to her dying spouse. With trepidation she jabs you with an experimental drug knowing there is no true informed consent. She cannot reveal the many health professionals who refuse to be “vaccinated.”

The American Cannabis Nurses Association, an organization that prioritizes educating nurses to become coaches for patients on safe use was started in 2015. In the footsteps of Florence Nightingale, today’s nurses are innovating, implementing, and influencing health policy in America. Hug your warrior today.