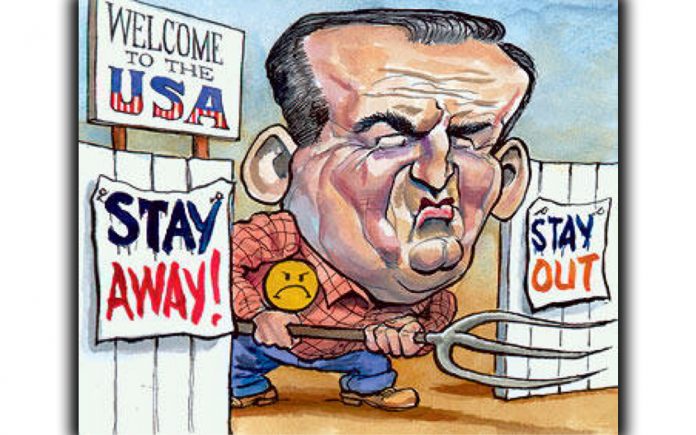 Before the rancor between modern-day Democrats and Republicans as well as the emergence of QAnon, the United States experienced a strikingly similar situation about 170 years ago.

Started as the Order of the Star Spangled Banner (OSSB), the Know Nothing Party originated as a secret society made of white Anglo-Saxon Protestants or WASPs.  Each member was instructed to say, “I know nothing” if asked about the Order giving rise to their nickname.  Started as the Native American Party in reference to the early colonists (not the countries original residents), the Party later shortened its name to the American Party.

The Know Nothings were the first major third party in the United States.  According to the Smithsonian, America’s first two parties were the Federalists and Thomas Jefferson’s Democratic-Republicans.  Jefferson’s party split in opposition to Andrew Jackson where the Republicans split off from Jackson while Jackson remained with the Democrats.  The Republicans would become the Whigs with William Henry Harrison and Zachary Taylor being elected to the Presidency although that party would eventually splinter over slavery before reemerging.

The Know Nothings were started by Thomas Whitney, a WASP silversmith and Bill the Butcher Poole, a gang leader, fighter and butcher.  Marin Scorsese used Poole as the inspiration for his title character in Gangs of New York.  Whitney was an influential member of the OSSB who wrote and published most of the Orders pamphlets.  Whitney and the OSSB believed that the original settlors and colonists were entitled to more rights and privileges than recently arrived immigrants.

During this time, conspiracies theories abounded.  One of the most notable was written by Maria Monk who claimed to have gone undercover into a convent.  While in the convent, she wrote that she saw Catholic priests raping young nuns who were kept against their will with the resulting babies strangled.  While she was eventually exposed as a fraud, her writings sold 100,000s and led to the burnings of many churches around the country.  Even after her exposure as a fraud, the book continued to be a best seller.

At the time of the rise of the Know Nothings, the major political parties failing in response to the fears and concerns of the people.  With this as the backdrop, this nationalistic, xenophobic party gained in popularity due to the leadership vacuum.

Back then, Catholics were the equivalent to Muslims today amongst xenophobes.  The Irish were discriminated against much like African Americans at the time.  The Know Nothings jumped on this stating their desires to protect Native Americans from the influx of Irish hedonists.  By focusing on fear and hatred, the WASPy political class that controlled the Know Nothings was able to channel these hatreds and fears amongst the working class to gain political power without addressing more substantial class-based issues of the day. 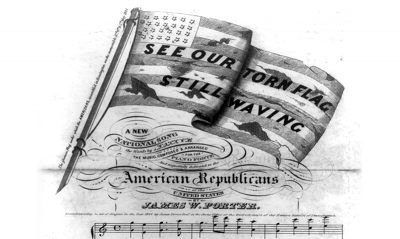 When Poole was shot in a brawl, the Know Nothings spun this into a politically motivated assassination by the Irish.  While their narrative was a work of fiction, it served as a rallying cry against the Irish.  Many Know Nothings believed that the Pope was interested in overthrowing the United States through the importation of Irish Catholics.  Know Nothing tactics are reminiscent of QAnon and Trump Republicans conspiracists who believe that a secret kabal of globalist pedophiles like Bill Gates want to run the world.

At their peak, the Know Nothings controlled the legislatures and governorships in California, Maine, Massachusetts, Pennsylvania and Rhode Island as well as 40 seats in the House of Representatives, a few senators and state assemblies in the South.

While the Know Nothing Party broke apart due to the Civil War and Slavery, remnants of the party continued in what was left of the Republican Party.  Following the Civil War, a re-emergent Republican party passed the Chinese Exclusion Act which banned all immigration for twenty years.

While history may not repeat itself, it often bears a striking resemblance.

There may be little that fact-based people of today can say to those believing in Anonymous posts.  Cable news and online social media that profit from division have helped fact-less fearmongers gain legitimacy.  Within the passage of time and a return to whatever form of normal follows the pandemic, the hope is that there will be a realization that facts matter.

It almost seems fitting that QAnon and Trump Republican supporters have become the New Know Nothings.

Haddon Libby is the Founder and Managing Partner of the Registered Investment Advisory firm, Winslow Drake Investment Management.  If you are thinking about leaving a brokerage firm or bank and have an interest in performing to the Fiduciary Standard of Care, please reach out via www.WinslowDrake.com or Hlibby@WinslowDrake.com.