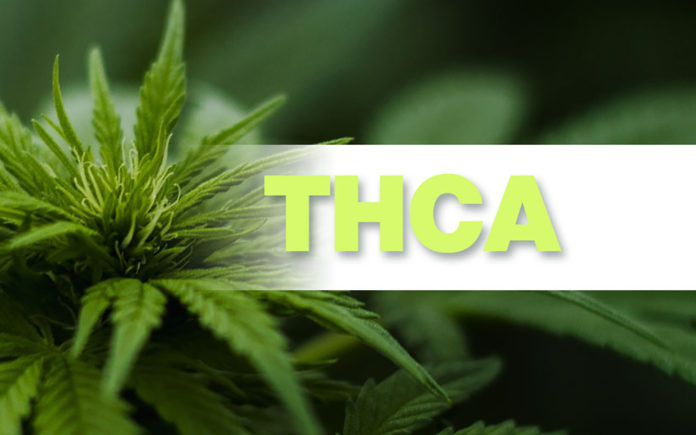 By Cameron Hattan and Shannon Hattan, founders of Fiddler’s Greens

THCA is the non-psychoactive, acid-based precursor to THC found in raw cannabis. THCA converts to THC when it is decarboxylated (heated) or smoked. It  has been shown to have very different properties from THC and to be effective at much smaller doses than THC.

The research is still in its infancy due to the fact that cannabis is still classified as a Schedule 1 Controlled Substance by the Federal Government, meaning that it is considered a plant with ‘no known medical benefits’ in the US, and making research nearly impossible.  But with the global decriminalization occurring, and countries like Israel and Canada leading the way,  we can expect much more thorough and reliable data in the next few years.  In the meantime, we have information from a handful of studies that have occurred in the last decade showing that there is a lot of promise in using THCA for a variety of ailments and with very little in the way of side effects.

Below is a summary of some of the conditions that THCA has been found to effective in treating:

As with any cannabis therapy, it is recommended that you consult with a medical professional with knowledge and experience recommending cannabis, and if you do intend to start a cannabis regime on your own, start low, and go slow!