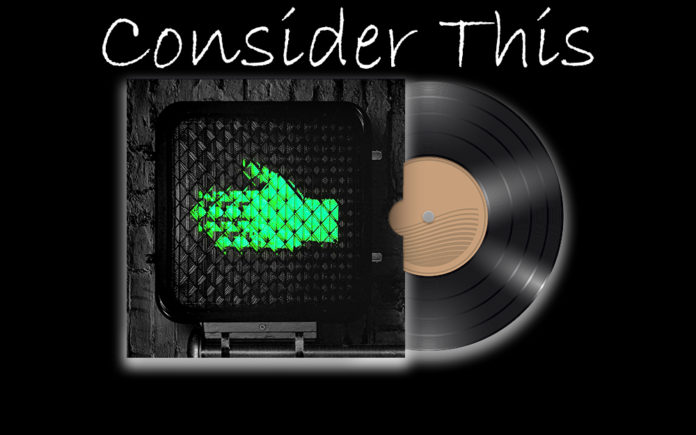 Jack White is the Willy Wonka of Rock N’ Roll, wildly eccentric, enigmatic, also something of a perfectionist. A modern-day Renaissance man, he burst on the scene in the late ‘90s as half of the White Stripes, a Detroit duo that helped steer Garage Rock into the 21st century.

The Detroit native was born John Gillis in 1975, the youngest of 10 siblings. As a kid, he picked up the musical instruments his older brothers and sisters had discarded, quickly mastering each one. Although he devoured all manner of music, by high school, he subsisted on a steady diet of the Blues.

When it came time to pick a vocation, he embraced furniture upholstery. He credits his first employer, Ben Muldoon, with introducing him to Punk Rock. After a few years he opened his own shop, Third Man Upholstery, and formed a band, The Upholsterers, with Jack on guitar and Ben on drums. Two self-released albums arrived in due course.

At 6’3”, Jack became a towering figure in the insular Detroit music scene. After cycling through a series of bands, he connected with Meg White. When they became romantically involved, she took up the drums. Influenced by her bare-bones attack, he began creating melodies on guitar to accommodate her style. As the White Stripes, they started gigging around town. Once the couple married, Jack took Meg’s surname as his own.

Their first single was released in 1998, a self-titled long-player arrived a year later via the Sympathy ForThe Record Industry label. Their sound was a supersonic combo-platter of Blues, Punk, Garage Rock and Country. Their debut garnered great reviews, even as Jack attempted to cloak the duo in mystery. He continued to insist they were brother and sister, even after their divorce in 2000.

Recorded in their living room in just one week, their second effort De Stijl (Dutch for “the style”) came out in 2000 and achieved cult classic status. But it was 2001’s White Blood Cells that became their watershed. A commercial breakthrough, it hit #55 on the British charts and #61 on the Billboard Top 200. They quickly signed with a major label, V2, and their videos went into heavy rotation on MTV.

Their next two efforts, Elephant and Get Behind Me Satan, released in 2004 and 2005, respectively, secured their superstar status. The former came together in England and was recorded in less than two weeks on vintage analog gear. Critical acclaim was unanimous and the album stayed in the Top 10 for months. On the latter, they broadened their sound adding marimba and piano to the mix. This time they won a Grammy for Best Alternative Album.

By this point, Jack was married to model/musician Karen Ellson. He also began working with other musicians. First up, he produced Loretta Lynn’s 2004 Van Lear Rose album. Next he teamed with singer-songwriter Brendan Benson, as well as Jack Lawrence and Patrick Keeler from the Greenhornes. As The Raconteurs, they released two excellent records, Broken Toy Soldiers in 2006 and Consolers Of The Lonely two years later.

From there, he formed The Dead Weather, which featured Kills vocalist, Alison Mosshart, Dean Fertita from Queens Of The Stone Age on keys and guitar and Greenhorne/Raconteur Jack Lawrence on bass. For this project, Jack relinquished lead guitar duties and stepped behind the drum kit. Between 2009 and 2015 the alliance has yielded three  albums thus far, Horehound, Sea Of Cowards and Dodge & Burn. In the midst of this frenzied activity, he circled back to White Stripes for one last effort, Grammy-winning Icky Thump. The band officially called it quits in 2011.

The consummate entrepreneur, Jack and his young family relocated to Nashville, where he started a record label, record store and recording studio under the Third Man Records umbrella. He has an upholstery workshop on his property, and is something of a Taxidermy enthusiast. All of his ventures are color-coded, his former upholstery business was yellow and black, the White Stripes, red, white and black and his label colors are yellow, Black, red and blue. Naturally, when he began his solo career everything turned blue. He has released three solo albums, Blunderbuss, in 2012, Lazzaretto in 2014 and Boarding House Reach in 2017. Happily, he has managed to find time to revive The Raconteurs, the most satisfying of his post-White Stripes adventures.

The Raconteurs came about when Jack began collaborating with acclaimed singer-songwriter, Brendan Benson. Another Detroit native, Brendan’s sound leans closer to early ‘70s Power Pop. It seemed only natural to add the rhythm section from the Greenhornes. Jack had been a longtime booster, having produced the Garage Rockers’ 2002 album and enlisted them as the backing bad on Loretta’s Van Lear Rose.

Their debut seemed to draw inspiration from disparate sources like erudite New Waver Joe Jackson and British Invasion progenitors like the Yardbirds. Their 2008 follow-up was swampy Southern Gothic Blues. After a 10 year hiatus, they’re back with their new album, Help Us Stranger.

The band executes a bit of a bait and switch on the opening two tracks, “Bored and Razed” and “Help Me Stranger.” “Bored…” unspools slowly, laid-back guitar and a shuffle rhythm almost signal a Jam Band Aesthetic. Happily, it’s quickly supplanted with a blaze of power chords, roiling bass lines and a blitzkrieg beat Accelerating at warp speed, Jack and Brendan spit out the first verse which seems to conflate narcissism and political lethargy; “Rolling a juke joint box in the corner, trolling myself in the mirror at night/Keeping An eye on my grindstone future, staying away from the left and right.” Stuttering rhythm guitar butts up against lead riffs that squeal and squall before the song shudders to a halt.

The opening notes of the title track are filtered and crackly, like a long-lost field recording from the early 20th Century, complete with skipping stylus, suddenly, chunky acoustic riffs, rippling percussion and swivel-hipped electric riff-age burst through, locking into a Glam-tastic groove. The cryptic lyrics combat the depression that accompanies unrequited love. Jack and Brendan’s vocals intertwine on the chorus; “Help Me Stranger, help me get it off my mind, get me back on my feet, Brother can you spare the time.” That last line, a sideways omage to the Great Depression-era hit, “Brother Can You Spare A Dime.”

The Raconteurs leapfrog through a plethora of Genres and consistently stick the landing. “Sunday Driver” expands on Van Halen’s unholy alliance between Synth-Pop and Guitar Rock.  Skittery guitars, prickly keys and a kinetic rhythm give way to slash and burn guitars that rev and lay rubber. Patrick Keeler offers ticklish high-hat action, smuggles in some cowbell, in tandem with Jack Lawrence’s agile bass lines. Brendan shades Jack White’s indignant yelp, as he creepily covets his sister’s attention; “Here comes the Sunday driver, came to get my sister, you know he’s such a liar, can’t believe I missed her.” Powering down on the bridge, the song becomes positively Beatlesque. It’s all sludgy, druggy and Psychedelic.

The keening Country-Soul of “Somedays” channels Stax-Volt and Lynyrd Skynyrd. The melody expands and contracts, layering sparkly guitar, sympathetic keys and a foursquare beat. Sad-sack sentiments like  “…I’ve been riding this thing out since I was 8 years old, and if you could just see inside of me, you’d see a heart made of gold/And I try to live a good life, and keep an open mind, gave up everything I love and kept it all inside” are bookended by a wall of sandblasted guitar. The acoustic outro pulls off a stylistic 180, turning the song into a cheerful sing-a-long.

Echoing the majestic bonhomie and poppy Prog grandeur of Queen and ELO, “Shine The Light On Me” is powered by stacked harmonies, spacey synths, ornate piano and a galloping gait. Here, the guitars take a backseat to Jack’s surprisingly elastic croon. The lyrics are unusually ecclesiastic; “When you’re searching in the dark, it doesn’t matter if you’re blind does it? Can’t you see? That even lightning’s just a spark, but it’s so enlightening when you need to shine the light on me.”

If Black Sabbath, the Sex Pistols and Iggy & The Stooges ever collaborated, it might sound like “Don’t Bother Me.” Equal parts irritating and catchy as hell, this Primordial stomp is anchored by flayed guitars, robotic synths, search and destroy bass lines and a fractious beat. Caustic lyrics seem to be aimed at the Cheeto-In-Chief (a.k.a. “the chosen one”); “Your hidden agenda, you ruthless rule-bender, your surface duplicity, it’s all nothing new to me/The way you look in the mirror, you’re your biggest admirer, all the clicking and swiping, all the groping and griping.” The song see-saws between Anarchy and ‘70s AOR, Punk and Metal.

In a recent interview, Jack noted The Raconteurs typically jumpstart the recording/songwriting process by covering an old favorite. This time out they selected “Hey Gyp (Dig The Slowness),” a song Donovan sort of cannibalized from Memphis Minnie’s “Can I Do It For You.” This take hews closer to the Animals’ blustery version. Patrick pounds out a tribal tattoo in triple time, Jack Lawrence is right behind adding rumbling bass, as Brendan contributes some stuttering Blues harp. Jack’s filtered vocals weave in and out, speed-shifting guitars are stinging one minute and fuzz-crusted the next. It’s a thunderous, full-throttle rocker.

Other interesting tracks include the scabrous, stickity thump of “Now That You’re Gone,” the shimmery flutter of “Only Child” and the stripped-down swagger “Live A Lie.” The band is at their most ambitious on the final two cuts, “What’s Yours Is Mine” and “Thoughts And Prayers.”

The foundation of the former is built on shifting time signatures. The intro weds punishing guitar riffs and brutal bass lines to a walloping backbeat. As Jack’s yowling vocals take center stage the tempo ratchets into jackhammer mode. The back-and-forth is intoxicating, frenzied and feverish. As he unleashes a spitfire solo he offers these instructions; “Pay attention to me cause I’m only gonna do it again.”

On the latter, wistful piano notes zig-zag through lush acoustic arpeggios, as cascading mandolin and sawing violin lap over brushed percussion. Echoing the pastoral grace of Led Zeppelin’s third album, the vibe is hushed and reverent, the lyrics, a brittle meditation on death. As the arrangement gathers steam, Jack drops this non-sequitur; “I wrote a letter down to you, like I’m Sullivan Ballou.” It’s an arcane reference to a Union soldier who wrote an elegant epistle to his wife before being killed in battle. The instrumental hoedown that follows, spirals like Appalachian Psychedelia.

It’s interesting to note phraseology like “thoughts and prayers” has become convenient doublespeak whenever someone wants to convey (faux) empathy while maintaining the status quo. Offering five minutes of sly synchronicity, The Raconteurs manage to be existential and covertly political at the same time.

The album was recorded between June, 2018 and January, 2019 in Nashville. The band received able assistance from QOTSA/Dead Weather-man Dean Fertita on piano, synthesizer, Organ and guitar, as well as Joshua V. Smith on backing vocals and siblings Lillie Mae and Scarlett Rische on violin and mandolin, respectively.

Help Us Stranger is The Raconteurs most fully realized record to date. The economy of their debut and the ambition of their second effort manage to coexist here. Much like Willy Wonka’s Everlasting Gobstopper, its candy-coated crunch will be enjoyed for decades to come.