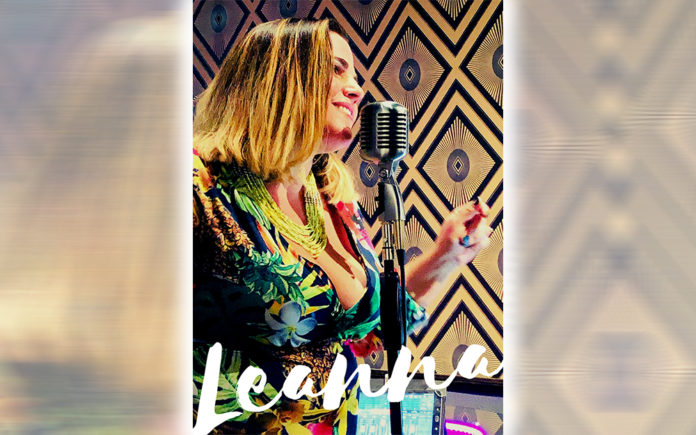 Writer and humorist, Erma Bombeck said, “When I stand before God at the end of my life, I would hope that I would not have a single bit of talent left, and could say, ‘I used everything you gave me’.”

When I first saw actress Leanna Rodgers perform as, Sisser Bean, the handicapped, overweight, mentally unstable character in The Desert Rose Playhouse’s production of Nathan Sanders’, ‘The Sugar Witch,’ I was instantly mesmerized by the uniqueness of the character and by Rodger’s incredible performance.  It is in the same vein as Charlize Theron’s Academy Award winning performance in the film ‘Monster.’ A role that allows a woman to step outside of the ever-present judgement of her looks and focus solely on the strength of her performance and the presentation of the character. It was obvious that Rodgers was able to delve into the soul of Sisser, and give one of the best performances I’ve seen this past season.  It was after seeing this production that Leanna was added to my list of Actors to Watch Out For. 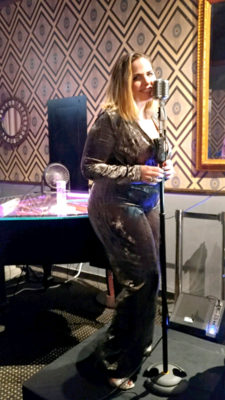 Leanna grew up in Long Beach theatre, watching her parents perform and imagining herself on the stage. Aunts, uncles, cousins, it was a family affair when it came to the performing arts and Rodgers seemed to be born with grease paint in her genes.  Since moving to Palm Springs six years ago with her musician husband Miguel and their three children, she has appeared in eleven productions and across the spectrum of stages, including the Desert Rose Playhouse, Dezart Performs, Desert Ensemble Theatre Company, Coyote Stageworks, Desert Theatreworks, and Palm Canyon Theatre.

When not acting, she is usually performing as a singer in clubs such as ‘Stacy’s’ where I caught her jazz show. Rodgers is like a cool drink on a hot sultry night, reminiscent of the early Speakeasy performances.  Beautiful music and a packed house.  She sings Spanish and Portugese, and was the lead female vocalist for an 8-piece salsa band in Los Angeles.  Rodgers says that she embodies the music, and tells the story with expressions, acting out the arc of the lyrics and songwriting. Singing is a spiritual experience for her. She likes to share that with her audience in every vocal nuance.  When you experience her performances, there is no doubt as to the truth of these statements, her performance is captivating and will take you on a ride to another time and place. 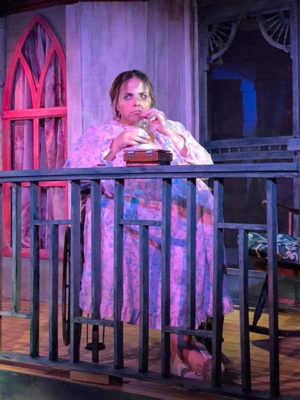 Whether she is an actor who sings or a singer who acts, Rodgers entry into Coachella Valley theatre has added an additional star in the desert sky. She is currently nominated for five ‘Desert Star’ awards;

#1 – Outstanding Lead Actress – Professional – in a Drama (The Sugar Witch)

#2 – Outstanding Supporting Actress – Professional – in a Musical (Ruthless, the Musical!)

#4 – Outstanding Supporting Actress in a Comedy (Motherhood Out Loud)

Having seen four out of five of these productions, the nominations come as no surprise. 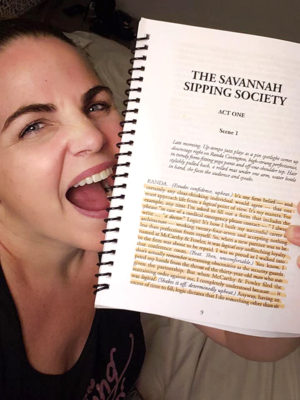 In addition to her nights of jazz at Stacy’s, (you can hear her next on Thursday, August 29th at 8pm.  http://stacysbarps.com). Rodgers is currently in rehearsal for Jesse Jones, Nicholas Hope, and Jamie Wooten’s Dramedy, “Savannah Sipping Society,” Produced by Desert TheatreWorks, opening at the Indio Performing Arts Center on September 6th. (www.dtworks.org)

She will be a part of the Season Nine Opening Gala “On The Twenty-First Century“, Broadway Musical Revenue, Oct 25, 2019 (6pm) and Oct 26, 2019 (7pm) at Desert Ensemble Theatre Company. (www.detctheatre.org)

And not to be missed, Rodgers will perform in Lynn Nottage’s Pultizer Prize winning play, “Sweat,” Produced by Dezart Performs, Opening 2/28/20, (www.dezartperforms.org)

The Coachella Valley is an oasis filled will talent and high-quality performances.  Leanna Rodgers is a name to remember when you are compiling your list of ‘must see’ actors/singers.