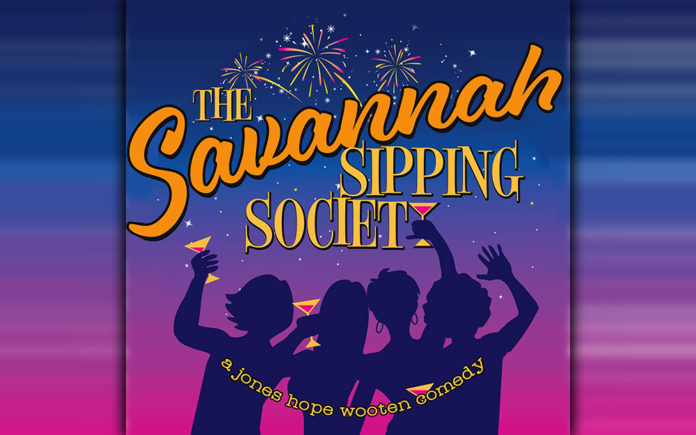 In this delightful, laugh-a-minute comedy, four unique Southern women all needing to escape their day-to-day routines are drawn together by an impromptu happy hour. They decide it’s high time to reclaim their enthusiasm for life. Over the course of six months, fueled by laughter, hilarious misadventures and the occasional liquid refreshment, these women successfully bond and find the confidence to jump-start their own new lives. Join DTW as we raise a glass for this terrific comedy from the comedic minds of the Golden Girls.

Jessie Jones herself co-authored the Off-Broadway Southern-fried funeral comedy, DEARLY DEPARTED, which has become a perennial theatre favorite across the US and around the world. Nicholas Hope, winner of the Texas New Playwrights’ Award, was Director of Casting for Theatre Communications Group in New York, and ABC Television in New York and Los Angeles. With Jessie Jones, he wrote for the Emmy-winning Disney television series Teacher’s Pet. Together with Jones and Wooten, Nicholas wrote for SYFY, Nickelodeon and Fox. Jamie Wooten was a writer and producer for many seasons of the classic television series The Golden Girls, where he won the Writers Guild of America award. He was the executive producer of the Fox comedy, The Crew, NBC’s For Your Love and UPN’s Half & Half.

The Savannah Sipping Sipping Society is directed by Karen Schmitt and features the beautiful: Rebecca Hertsgaard, Shirley LeMaster, Adriana Reyes, and Leanna Rodgers. In this joyful and surprisingly touching comedy these strong southern women come together and discover lasting friendships and a renewed determination to live in the moment – and most importantly – realize it’s never too late to make new friends.

“This is the perfect play to begin our 2019-20 Season.” Says Artistic Director Lance Phillips-Martinez, “The comedy is universal and will appeal to all in attendance. Don’t miss it!”

“The Savannah Sipping Society is the funniest play I have ever worked on.” says Director Karen Schmitt, “yet it manages to ultimately touch your heartstrings. Combine that with four of the most talented, award winning actresses in the valley and you had better prepare to have a side-splitting, fun-filled time.”

RUNTIME: 120 minutes with a 15-minute intermission.