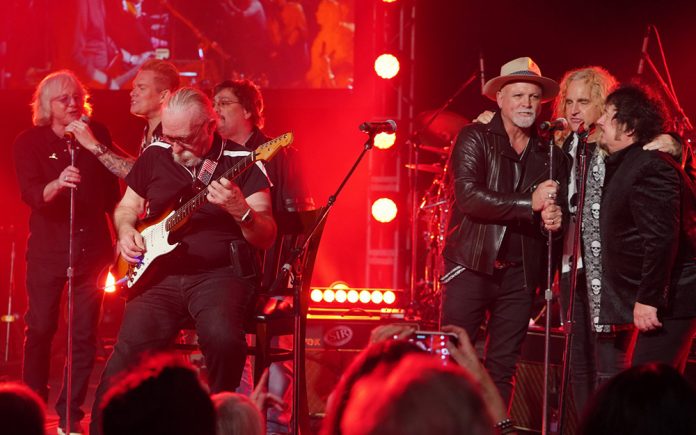 Now in its 11th year, the fundraiser is ranked No. 1 after raising over $16 million for St. Jude as its top-grossing golf tournament

The 11th annual Patrick Warburton Celebrity Golf Tournament, known as The Warburton, will not be a golf tournament for the first time since it began a decade ago in light of the COVID-19 pandemic. The Warburton will instead feature its signature music events and popular auction online to raise awareness and support for St. Jude Children’s Research Hospital®.

Because these events typically sell out and can be enjoyed for no admission fee this year, viewers and supporters are encouraged to shop and bid on the extensive online auction which is open now and will close at 9 p.m. PT on April 21. There will be featured auction items during the Rheneypalooza Jam, as well, showcased by celebrities who often participate in the golf tournament and music events.  The auction can be found at www.stjude.org/warburtonauction.

St. Jude is leading the way the world understands, treats and defeats childhood cancer and other life-threatening diseases. Events like The Warburton help ensure families never receive a bill from St. Jude for treatment, travel, housing or food – because all a family should worry about is helping their child live.

Tournament host, actor Patrick Warburton, will also make a virtual appearance during the streams. Warburton is perhaps best known for playing Puddy on Seinfeld as well as the star of the syndicated sitcom Rules of Engagement, the voice of Joe on Family Guy and numerous roles in movies like Ted and Ted 2, The Tick and Disney’s The Emperor’s New Groove as well as Netflix’s Lemony Snicket’s A Series of Unfortunate Events.

This year’s featured songwriters include Wynn Varble, who has written dozens of hits including “Waitin’ on A Woman” by Brad Paisley and “I’m A Little More Country Than That” by Easton Corbin; Jim Collins, who has had over 200 of his songs recorded, including singles like “The Good Stuff” by Kenny Chesney and “Big Green Tractor” by Jason Aldean; Tim Nichols, who is known for his Grammy-winning “Live Like You Were Dying” performed by Tim McGraw and hits he’s written for artists such as Reba McEntire, Gretchen Wilson and Travis Tritt; and Rivers Rutherford, who had the Song of the Year in 2001 with Brooks and Dunn’s “Ain’t Nothing About You” and penned Gretchen Wilson’s “Homewrecker.”

The Rheneypalooza Jam – celebrating its tenth anniversary as an evening music event that was added to The Warburton in its second year – is named for event co-founder and Board Chairman, Clarke Rheney, and has been a quick sell-out in recent years because of its unique line-up of Rock-and-Roll Hall of Famers and other legends who perform their hits. The line-up of artists performing in this year’s Rheneypalooza Jam joining the talented house band, SIXWIRE, include Alice Cooper, Mike Mills (REM), Steve Augeri (formerly of Journey), Kenny Loggins, Kim Carnes, John Elefante (formerly of Kansas), Jason Scheff (former lead singer of CHICAGO), Jeff “Skunk” Baxter (formerly of Steely Dan and The Doobie Brothers), Felix Cavaliere (The Rascals), Steve Cropper (Blues Brothers and Booker T & the MGs), country stars Charles Esten and Sara Evans, Kevin Griffin (Better Than Ezra) and Emerson Hart (Tonic).

“It’s a very different year, and despite our best efforts to create an event that our guests could attend in person, we’ve had to move The Warburton online and will be back with our standard format next year,” said Rheney. “This is an opportunity to enjoy our epic music events, which normally sell out, without having to purchase a ticket, so we hope everyone will join us in being generous with their auction bids and donations online, so we can continue to raise much-needed funds for the kids of St. Jude Children’s Research Hospital.”

Treatments invented at St. Jude have helped push the overall childhood cancer survival rate from 20 percent to more than 80 percent since the hospital opened more than 50 years ago. St. Jude freely shares the discoveries it makes, so every child saved at St. Jude means doctors and scientists worldwide can use that knowledge to save thousands more children. St. Jude won’t stop until no child dies from cancer.

This year’s virtual version of The Warburton is made possible by the H.N. and the Frances C. Berger Foundation, The Auen Foundation and Sandi Young.

The Warburton is the highest grossing tournament for St. Jude Children’s Research Hospital, raising more than $16 million to support its mission since its inception. For more information, visit thewarburton.com. 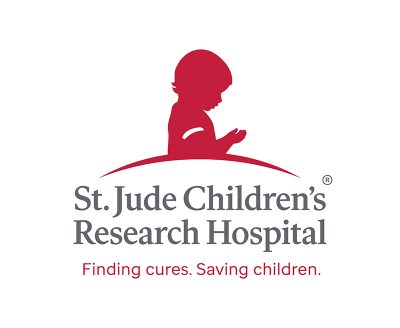