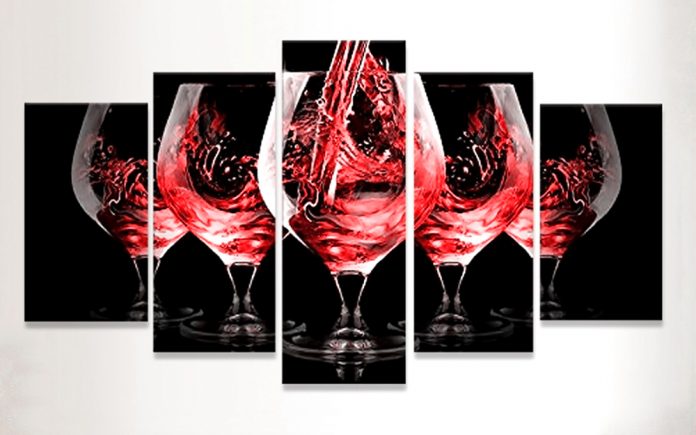 “Wine is a long game”.  Yeah—tell me about it. I remember playing the Monopoly board game when I was a kid, and I thought that was a long game.

But I’ve opened up this piece with a quote from Wine Spectator’s James Molesworth, who went on to say, “… it often takes a generation or more to learn the vagaries of the vineyard site.  It takes a decade for changes in farming and vinification to show themselves in the end wine.  Even the most experienced winemakers need more time to achieve their goals.”

So—welcome to a new year in the wine game: it’s our annual first-of-the-year wine tribute that this column has written on since we began this editorial journey with the first CV Weekly publication nearly ten years ago!  Where does all the time go?  And where did all the wine go?

Well—indeed, we sort of know where the wine went.  The stats are in from last year: with the pandemic in mind, the wine industry reported that there were 10 million more wine drinkers than the previous year.  And of course, prior to last year, wine consumption has been increasing in the United States. Since 2005, the average annual consumption per resident has increased by 33 percent to a high of 3.09 gallons in 2020.

Anyway—with all of those huge numbers, it’s clear that there is as much of a business aspect as there is the artistic and culinary aspect to the game of wine in which we continue to play.  And probably most players agree that we enjoy more of the drinking aspect than the business one.  But we wine enthusiasts love playing the game with all who enter.

One of the most celebrated aspects in the game are the wine scoring and point ratings.

Although considered “humorous” in some wine circles—that someone can “rate” the art of winemaking contained in a bottle, or, that one’s tongue sensibility can tell you, what you should like, judging wine is a big business. Wine sales soar if the wine maven-about-town scores the wine at 90 points or higher on the scale of 100.

And so it goes, but here’s the kicker: no new news here—there’s a new vintage every year which translates to new scores every year for the same brand bottle.  Talk about a built-in biz—cheers!  As a wine columnist, I can’t disparage it!

I always reacquaint my mind with a New Yorker Magazine cartoon that depicts a dating couple relaxing on a couch and one inquires of the another, “Do you wine columnists ever suffer from writer’s block?”

Answering the cartoon, in the real world—how can we? Every year there’s a whole new slate to write on.  Conceivably, one can write on the same 52 subjects every year, and theoretically, it would be new stuff!

The Wine of the Year is part of the game for so many wine publications.  And everyone seems to like it.  But what’s not to like.  We vino heads don’t mind hearing about a great wine we may or may not have a chance to taste; because it at least reminds us of some wine we’ve had in the past that was fabulous; so good, that even those with poor memories can taste the wine again in their minds.

Internationally speaking, Wine Spectator magazine is one of the most influential wine mags out there.  So here is their pick: Wine of the Year is the Dominus Estate Napa Valley 2018.  It received 97 points and sells for around $270 a bottle; and there were only 4,000 cases produced.

So here’s a fun example in the game of rating wine and describing why:  In our Vino Voice column of April 19, 2017, with the title of “Oh…You sexy Beast”, we wrote on the 2002 Dominus Estate Napa Valley (https://coachellavalleyweekly.com/oh-you-sexy-beast/).  Robert Parker had given the wine a “99 point” score.  Fortunately for our household, my wine collecting son had a magnum of the stuff!!  It had 15 years of aging in the cellar and we felt it was ready to enjoy.

I wrote then, “Well—I can’t seem to follow my own advice: when my son Paolo offered to open his magnum of 2002 Dominus Napa Valley for a weekday steak dinner, I balked, thinking that perhaps we should hold on to that bottle for a more special occasion—at least, for a fancy Sunday night meal. My take was that the Dominus was worthy of the weekend and not for a Tuesday night happening.

“Paolo looked at me with that glance of, really dad? Haven’t we discussed this? He’s right! If he wishes to open up a $600 magnum of wine, that’s the occasion to celebrate!”  The wine was extraordinary!

Back to the present—Wine Spectator heralds the 2018 Dominus with this tasty description:

“This is tightly packed with sleek, pure, driven notes of cassis, plum reduction, and blackberry puree allied to an iron spine, while subtle alder, juniper, sweet bay leaf and tobacco notes peek in throughout.  Very fine-grained, but impressively sturdy in feel, with a long lingering note of iron piercing the finish. For the cellar, best from 2024 through 2040.”

Is this a fun game or what!  Cheers!