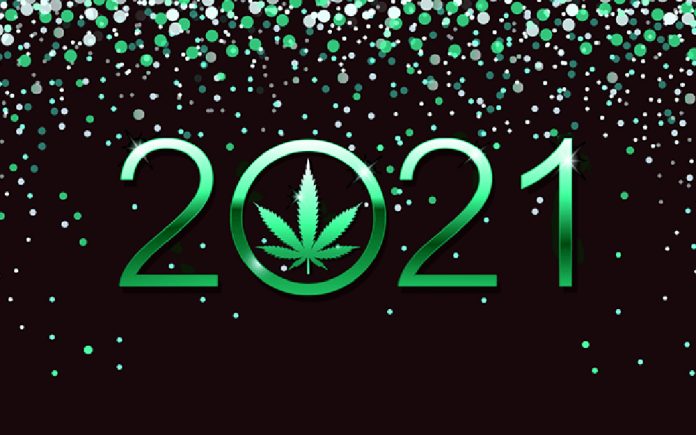 On December 4th, 2020, the U.S. House of Representatives passed the Marijuana Opportunity Reinvestment and Expungement (MORE) Act, H.R. 3884, to remove cannabis from the U.S. Controlled Substances Act. What does this mean for cannabis consumers, pot convicts, and the ever-expanding gray-market industry? The law changes make marijuana [possession, cultivation, sales] no longer a crime. Thus, we no longer discriminate against our citizens who are burdened by the criminal records they received under prohibition.

The MORE Act is the most revolutionary and socially conscious federal marijuana reform bill ever passed. It reflects the views of 62 percent of Americans who favor legalizing the adult use of marijuana, while over 90 percent want access to medical cannabis. It completely removes marijuana from the Controlled Substances Act. Schedule I is the most restrictive category, reserved for the most deadly and addictive drugs that have no accepted medical use.

CannaAngel wrote the above in the January 2021 edition of the Cannabis Corner, one year ago. We are still waiting for the democrats to get this passed. Votes are tied to how much the pharmaceutical industry is bankrolling our legislators and senators. The leadership in Congress attached an amendment to the defense bill but Schumer and McConnell removed it in the Senate.

There are no champions of marijuana/cannabis in the Federal Government. While the FDA and the CDC are lying to us about the Wuhan virus, they are lying to us about marijuana. The cannabis industry has erroneously put their faith in the democrats every election hoping marijuana will become legal. As usual our feckless legislators’ campaign by promising to legalize marijuana, then get into congress, and cave to the pharmaceutical industry. Cannabis is inexpensive. It has already replaced numerous pharmaceuticals, thereby decreasing the profits from a plethora of drugs. While opiates are inexpensive, other drugs can cost much more. Drugs like gabapentin, Lexapro, oxycodone, seizure medications, antianxiety drugs, and many more, can be reduced or eliminated with a medical cannabis drug. Numerous expensive new pharmaceuticals administered by veinous or subcutaneous route for epilepsy, multiple sclerosis, Crohn’s disease, osteoarthritis, rheumatoid arthritis, are being approved and on the market. All of these diseases can be ameliorated by a planned medical regimen, monitored by a medical professional expert in cannabis therapeutics.

A vivid example is the FDA approving Epidiolex, pharmaceutical-grade cannabidiol (CBD), manufactured by a United Kingdom drug company, costing $30,000/year, and designated as a Schedule V drug. Besides being expensive, this pharmaceutical form of legal CBD can cause liver damage. However, plant-based cannabis, found in a local, legal dispensary is around $2,000/year. Can you see why the drug industry wants to delay changing cannabis into a legal plant? To support the M.O.R.E. Act in the Senate, and move it to President Biden’s desk, YOU need to demand it.

Do this by going to NormL website https://norml.org/act/federal-support-the-historic-more-act/ and become active in pressuring Schumer and McConnell to do their job. Bombard them with emails, calls, or letters. These measures do work. How do you think the Build Back Better bill was defeated? By pressure from voters. Make 2022 the year you become actively engaged.

According to the CDC, drug overdose deaths in the United States rose 29.4% in 2020 to an estimated 93,331, including 69,710 involving opioids, mostly due to the lockdowns preventing treatments, and fentanyl dumped on the American soil from China. Now the pharmaceutical industry wants to develop a “vaccine” for opiate addiction, and you know how much that will cost. Are you kidding me? There is no end to their greed. Like all our vaccines, it will be paid for by the federal government. Will they mandate this if an addict gets arrested? If there are lethal side effects from this opiate vaccine, is there accountability? NO. Like all vaccines currently used or in the pipeline, the industry is protected from lawsuits, by federal laws, just like the Covid-19 vaccines. We are in a fight to protect our freedom to choose or refuse treatment. We do not need the government telling us how to medicate ourselves. Make 2022 the year you become a cannabis activist.